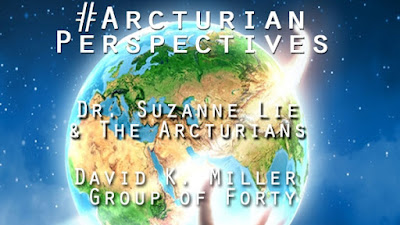 David/Juliano: I want to address the great perspective you are offering, which is the open heart, the key towards Fifth Dimensional Consciousness.

Let’s look, for example, at some perhaps some very silly examples, but they are important ones when people open up their hearts to the plants and animals, to the spirit of the Earth, to the Earth Herself.

It implies that many of the things that the technology is doing is hurting and harming the Earth. As I said, these are silly examples, but they are important examples. For example, let’s just take the cooking of a lobster. There was a company in New England, which is now banning, and this may also be in Europe, in Switzerland, in Sweden, banning the boiling alive of lobsters. They realize that the lobster has sensation.

Sue: Yes. It actually squeals, it makes a little squealing noise when you put it in the boiling water. It’s horrible.

David/Juliano: They opened up their hearts to this. There is a story now that a German carmaker was testing the effects of ignitions of diesel fumes on monkeys. And now someone said, “Well, isn’t this harming the monkeys? Why would you do this?” So these are examples where somebody opened up their hearts to the pain that “modern technologies” may be placing on living beings.

But now, let’s just take this one step further. The Earth is a living being, and now the Earth, with the things that humanity is doing to the Earth, is harming the Earth. But who has the open heart to feel that pain?

Sue/Arcturians: Yes, and also there is a quantum leap that humanity must make if they want to keep this planet habitable for humans. They have to take away their need for power over and seek for their own power within.

The power within is based on love, unconditional love. That power within allows us to be able to communicate with Higher Dimensional Beings, whereas that power over is something that is not a conversation, it’s a domination.

And so much domination by humanity has occurred, and in order for us to evolve as a species, we have to stop this domination.

David/Juliano: Absolutely, and now from our perspective, we have visited other planets like the Earth. And please remember, our estimate is there are 5,000 Earth-like planets in this Galaxy, and all of them are at various stages of development.

Some have progressed beyond this stage that the Earth is in, but some have not. Some, unfortunately, have actually destroyed themselves from this. So we want to add the Earth now and say will the Earth integrate with wisdom, with open heart, this conflict, which is the key to solving this conflict?

Or will they keep their hearts closed and, therefore, not be able to resolve this?

Now there is a significant number of people like you, the Arcturian starseeds, those who understand about consciousness and are working towards the expansion of this wisdom. The question is how do we ensure that those like yourselves, of starseeds and Higher Consciousness, influence the planet to the highest level possible, ensuring that this conflict is resolved towards higher unity and higher evolution?

Sue/Arcturians:  Yes, and the beginning of that answer is that each person has to find that dedication within themselves, to consciously and actively participate in whichever manner fits their personality or fits their state of consciousness.

Gaia is coming into a place where she can evolve, and if you look at all of your personal lives, you all know that the darkest night is just before dawn.

We have to replace those no’s with “Yes, I am a powerful person. Yes, I am a Galactic person. I am a Multidimensional Person, and my physical body has decided to come to Dear Beloved Gaia/Earth within this now to assist the planet.”

Which means that you are here to contribute to the rebalancing of Gaia, to the rebalancing of the consciousness on the planet. To opening up the blocked meridians on the earth, but most important to help expand the consciousness of humanity into the next level. And that next level, we call the Omega Man-Woman. And we will be exploring that concept with Sue in the lecture on February 17.

This is Juliano. Good day.

Sue: And thank you so much, Juliano, for all of your great wisdom and for sharing this with us now. And I, Sue, speaking from my own self, I’m looking forward to hearing what our Higher Selves come up with during that meeting.

It’s always nice to know that, and everybody has the ability, every single one of you, has the ability to move your consciousness into this Higher frequency of awareness so that you can communicate, listen to, and please jot down because you will not remember these Higher Dimensional communications if you don’t document them. The 3D brain takes a lot of training to be able to remember this Higher Dimensional information. Isn’t that correct, David?

So we are like a car that nobody turned to open the key, and once that key is opened, then we will expand our consciousness and expand our sense of self and realize that every part of this planet is one being. It is not a planet of separation. It’s a planet of unity, and as we send out love, we get love. Anything we send out comes back, and that’s very important concept: energy out is energy back.

All right. David, any final statements or anything you’d like to say in closing?

David: We are looking forward to meeting everybody on February 17, to explore this important topic, and we hope everyone empowers themselves to fulfill their missions as planetary healers.

Sue: Yes, thank you so much. Thank you for listening, and we hope to see you at this meeting on February 17th.