Make Friends With Your SELF 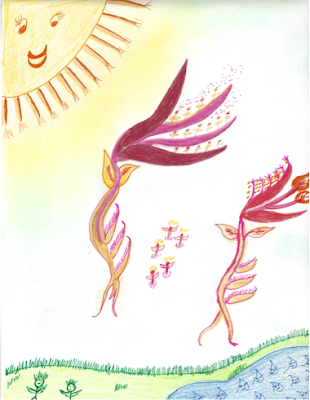 How often do you remember to take a LONG moment to make friends with your many, Multidimensional Friends who, by the way, ALL live within YOU!  You, the earth/bound Ones, often think of your Multidimensional “SELF” as being “above you.”

Please remember that your Multidimensional SELF serves as the “Collective Self” of all the incarnations you have had on Gaia, as well as Venus, Mars, and any planets or stars within your present Solar System that you have visited.

What we think we are realizing (I say “we think,” because, when we get to the “Entrance  to the Threshold of the Fifth Dimension,” we may feel confused, inspired, tired and can’t sleep.)

Because the fifth dimension is not bound by time, space and/or the illusion of separation, that dimension of reality affords you the ability to experience more than one reality within the same NOW of that fifth dimensional HERE.

You, the ascending members of Gaia’s Ascending Earth, are standing on the edge, but you may not be sure what “edge” we are standing on. As you move through your transmutation process, you may feel and/or know things, that you never felt or knew before. Therefore, these new realities may not make sense to you, “YET.”

What is a “consortium" via your Dictionary?

Within your own consciousness, you have a “consortium” of all the many expressions of your Multidimensional SELF remembering your innate ability to organize all that you have experienced, learned and remembered from your many incarnations on Gaia. Do you realize that all that you have done for Gaia was because of your bonding with, and affection for, your planetary home?

Therefore, we wish to remind you of the great affection and support that your Higher SELF is constantly sending to you from the NOW of the fifth dimension and beyond.  “A right to marital company and affection” eludes many grounded ones, as life in the third dimension can be very difficult.

We wish to remind you that your own higher expressions of SELF is continually sending you deep support, constant affection, and continuous assistance. However, we do realize that it can be difficult for you to integrate your relationship with your Higher Dimensional SELF into your daily life.

However, if you can dedicate yourself to put aside special time to commune with your Higher SELF and/or Spiritual Guides, you will realize that they are constantly sending you Unconditional Love and daily support.

As you remember this promise, which is your Mission, your consciousness will greatly expand, and you will begin to recall other incarnations in which you prepared for the manner in which you would assist Gaia with Her Planetary Ascension.

Remembering, and performing, the mission that you chose before you took this incarnation will continually awaken you to a deeper and more fully conscious relationship with your own Multidimensional SELF.

Only the humans who have expanded their consciousness will be able to see the big picture of what is now occurring on your planet. In fact, third dimensional reality can make it difficult for our grounded ones to remember their true Multidimensional SELF.

However, if you can perceive the third dimension from the perspective of your fifth dimensional SELF, you will be able to differentiate the illusions from the truths. This ability will make your journey through Gaia’s long, slow process of returning to Her fifth dimensional express, much easier, and even enjoyable.

Once you are aware of the big picture, the lies and illusion can be more easily identified and transmuted or released. In order to transmute an illusion, remember to say” “Blaze, Blaze, Blaze the Violet Fire transmuting all shadow into Light, Light, Light!!”

The above mantra is very helpful because it will allow you to feel how your own inner power of transmutation can change any situation that seems overwhelming or too difficult to confront. Of course, NOT confronting a difficulty will only allow that problem to become larger and increasingly difficult to deal with.

The Violet Fire encases that problem, which allows you the ability to rise above it by transmuting your sense of fear—shadow—into the Higher Light of your own inner power. It is in this manner that you protect your 3D self and address any uncomfortable or frightening issues with your 5D SELF.

Please remember that you ALL, even those who seem to be totally lost to the darkness, have a fifth dimensional expression of your self, because you are ALL Multidimensional Beings.  Some of you have forgotten your reality in the higher dimensions. Therefore, you can more easily become lost in the fears and insecurities of your daily life in the physical plane.

However, if you can remember that you ALL have a simultaneous reality in the planes of the fifth dimension and beyond, that is willing and ready to give you the higher perspective of what may appear to be an impossible challenge to your third dimensional self.

If you can remember that you came to Gaia to assist Her with Her Planetary Ascension, you will be able to confront your physical challenges of daily life as part of what you signed up for in order to assist in the transmutation of an entire planet.

How will transmutation (change of one element into another, conversion to gold) be a component of ascension? Transmutation is the shift into a higher frequency of reality.

Even in the physical world, calling on the power of transmutation is a message to your self that you are ready to make the cosmic leap into the higher dimensions. Of course, it is much easier to have a quick visit to a higher dimensional sense of your thoughts, of your body and of your consciousness.

I was surprised that the word “mentor” came in, so back to the 3D library I went.
“Mentor" means:
Counselor, Guide, Tutor, Teacher, Guru, Supporter

An important part of the Transmutation of your 3D human self into your 5D Higher SELF is that you live within the responsibility of being your own Mentor, your own Counselor, your own Guide, Your own Tutor, Your own Teacher, and most important of all, Your own Multidimensional SELF.

Whenever you can perceive that ALL life is alive, and ALL life is a component of Gaia’s Earth, you have just made your first step into the fifth dimensional frequencies of reality. Unfortunately, as you go about your daily 3D life and 4D emotions, you can easily “fall out” of balance with your fifth dimensional path, and/or fall back into the Operating System of the third and/or fourth dimensions.

Now THIS is when it is a great NOW to remember that YOU are a Multidimensional Being who came to Gaia to assist with Planetary Ascension. Often, the grounded ones forget their deepest Mission because their daily life no longer affords them the ability to go deep within and high above their 3D life to visit their true SELF.

You can see that there is NO “Service to Others,” and ALL “Service to Self.” If one is in a “very bad place” in their life, they might want to give more Service to Self so that they can relax and have fun.  Relaxing and having fun is one of the Earthly joys. But IF it is based on Service to Self, then the glimmer will quickly dim.

On the other hand, when you know that you GIVING SERVICE TO OTHERS—whether that other is human, animal, earth, air, fir, water or the entire planet Gaia. If one thinks of Gaia as a big rock with some things growing on it, then their “conscience is  clear.”

In fact, once they are able to think of Gaia as their “living, Planetary Mother,” they will remember how to love their selves enough to love the Planet. Just imagine how GLORIOUS it WILL be when Gaia’s children grow up and become Good Parents of Her Reality.

Gaia has suffered so much damage to Her Planetary SELF. How could we, the “modern humans,” not know the simple fact that if we Care for Gaia, She will remain healthy enough to prepare for the transmutation into OUR Personal and Planetary Ascension.

Please remember that Gaia’s Primary Operating System is:
Energy Out is Energy Back

This “Operating System” ensures that the humans, who are meant to be the Guardians for Gaia, learn/remember that humanity has been given the innate power to consciously assist with Planetary Ascension by remembering that Gaia is a Loving Being who needs Unconditional Love in the same manner as does ALL of Her inhabitants.

The members of humanity are meant to be the Leaders of Planetary Ascension, but far too many became lost in the many illusions and challenges of the third dimension. Therefore, we, your Galactic Family, have decided to assist the Awakened Ones.

Therefore, if you dedicate yourself to choose a certain time and place that you will return to us on a regular basis, we, your Galactic Family, will assist you to remember: WHO you really are, WHY you chose to take an earth vessel within this now, WHAT you promised to fulfill during your current incarnation, WHERE you are to perform that task and WHEN you promised that you would perform your vital promise to assist Gaia.

We hear some of you saying/thinking, “Oh, not me. I am not important or powerful enough.”

We, the Arcturians say in response, “YES YOU, the ONE to whom we speak. I know what you have forgotten. Therefore, we, your Galactic Family, is HERE within your NOW to assist you in any way that you need.

However, Gaia is a free will planet. Therefore, you must make the decision to assist Gaia in any way you wish, but it must be YOUR decision that YOU make because you feel, hear, see, sense and know that: