Connection, Oneness and Unity--The Golden Ones through Suzanne Lie 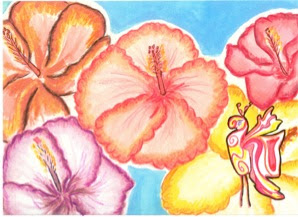 By The Golden Ones
Through Suzanne Lie

We are ready and eager to assist the Ascending Ones. By that statement we mean that we now stand at the threshold of the fifth dimension, ready for the analysis of your Multidimensional Auras. We are aware that everyone, as well as everything, in your transitional reality is in the process of transmutations into the next octave of reality.

A “fifth/multidimensional planet” is a planet that has begun its process of transmutation into the higher dimensional frequency of wavelengths. These wavelengths are NOT like radio or other man-made wavelengths.

These wavelengths are Light Wavelengths, which represent different frequencies of light that will NOW begin to find their way into Gaia’s huge Planetary Aura. Yes, Gaia has an aura just as all Her living inhabitants do.

1)  All the frequencies of Gaia eco-system are in alignment
2)  Pollution is at a minimum
3)  Humans have evolved into a high enough state of consciousness that the realize that, if they harm Gaia, they harm their entire reality—including their own physical bodies.

Unfortunately, the dark ones have taken advantage of Gaia’s transitional state to create as much fear and damage as possible to keep the human’s afraid. You see, Gaia needs humanity to assist Her in Her transition by remaining in as high a state of consciousness as they can.

In other words, if humans fill themselves, and their surroundings, with the blessing of Unconditional Love, that love will travel through that particular area to merge with other areas that have also been blessed with Unconditional Love.

In other words, the progression of Unconditional Love across Gaia’s planet will be greatly accelerated. Unfortunately, just as the light-filled “Service to Others” humans are among the greatest catalyst for progression into the Light, the darkness oriented, “Service to Self” humans are creating the greatest resistance to fifth dimensional Light and Unconditional Love.

Why would anyone treasure “power over others?” The answer is that these beings, who often look like humans, but inside are NOT humans, cannot imagine the concept of Unconditional Love, or any love at all, for that matter.

Just as one who has never seen a person smile or laugh may be frightened by someone smiling or laughing. One who has always lived in the darkness of “power over others” would think, “What is wrong with that person? Why doesn’t that person own their Power Over Others?”

Since most of these ones haven’t experienced much love, and have experienced NO Unconditional Love, love is an unknown, and no one likes the “unknown.” Besides, they see how their family has taught them to carry on their familial dedication to “Power Over Others” lifestyles.

Many of the Illuminati children have never experienced love in any manner. Therefore, since the “unknown” is usually frightening, many of them are frightened by the concept of love. Love seems weak, and Unconditional Love is not even a concept that they could begin to understand.

As any warrior knows, it is vital to “know your enemy.” And, since you are all “Warriors for the Light,” it is important that you understand that those who wish to “take over Gaia” for their own selfish intentions have:

NO consciousness,
NO ability to see beyond their own needs,
And they put financial gain and power over others far above any kind of love or consideration of others.

You can imagine how much damage a person like this could do if they were in a position of power. These people have very little, if any, knowledge of “cause and effect,” because they believe that they are impervious to those “silly do-gooders.”

“What would be the reason for doing something for any one else. No one ever did anything for them, accept maybe gave them money. But the money did NOT teach them love. In fact, when the “wounded dark one” (as ALL dark ones are innately wounded) get, or have money, it is usually spent on their own selfish desires.

Personality Disorders (as they are labeled in the medical/psychological books), are very difficult, if not impossible, to cure because the cause of these disorders were an innate component of their childhood, and likely of their familial environment.

No wonder they “join the Illuminati” or have no sense of conscience when they are in a position of power, and make decisions that could harm or destroy of lives of many, in their own selfish attempt to “get what they want.”

The worst part is that a leader who lives by “power over others,” encourages those who follow or respect to also have “power over others.” They also send out a hidden message that because they were hurt, they could hurt others.

This is when the “truly sick ones” come out from hiding. Then, by killing many, they have found a way to kill their parent, or kill the broken part inside of themselves.
We, the Golden Ones, are sorry that our message has gone into this darkness, but it is the NOW for our Golden Ones in human garb to come forward and say,

“I AM a being of Light and I deserve to LIVE within the Multidimensional Light that I see with my Opened Heart and Clear Mind.”

We, humanity and the Higher Beings, such as ourselves who are dedicated to guiding you, are aware that “the darkest night is just before dawn.” We are also aware that the ONLY antidote for the darkness that is hopefully, “having it’s last stand before our Planetary Ascension,” is to SPREAD Unconditional Love as well as:

From this fifth dimensional perspective, you are able to rise above the emotional chaos and center your consciousness and attention – not on where you have been—but into who you have ALWAYS been and are NOW returning to.

One may not think that the Golden ones could speak so much of the darkness, but we are ones that you will meet as you begin your return to the fifth dimension and beyond. Therefore, we are here NOW to remind you that YOU are already ascended beings who have chosen to take an earth vessel in order to better assist Gaia.

Within this round of Gaia’s evolutionary cycle, Earth has existed within the Operating System of: polarities, opposites, separation, time and space. These concepts will need to flow into a higher frequency in order for Gaia to ascend back to Her innate fifth dimensional self.

Then, within the fifth dimensional Connection, to all life, you will experience the Oneness, with all life to live in a state of constant Unity as you FLOW into the ever-present Now which will infinitely be Here!

We, the Golden Ones, wish to remind you that you are NOW in Connection and Unity with the constant Connection of the Oneness of the Here and Now!