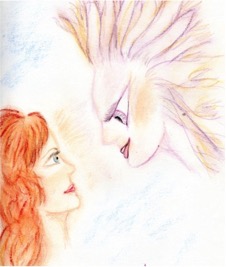 Greetings,
We are a collective of Ascending ONES who have been called to Active Duty. We are sure that many of you would like an Operational Definition about what we mean by “active duty.”

By “active duty” we mean that YOU have come enough into your own, Personal Power that you realize that YOU are a member of Planet Gaia, and She GREATLY  needs your assistance. Because you have found, and are able to OWN your Personal Power, you know that you are a multidimensional being who resonates beyond the third dimensional world.

Fortunately, many of you are remembering how to return to your fifth dimensional form by visiting the fifth dimensional Starship or Homeworld from which you decided to take an Earth Vessel in order to assist dear Gaia, planet Earth.

These lost ones are so “not” ready to ascend, that they will damage the planet as much as they can in hopes that Gaia becomes so wounded, that she cannot ascend either.

Of course, what they do not know, nor could they ever understand it if they did know, is that the third dimension is just a “frequency of reality.” This frequency of reality known as “planet Earth,” has many higher dimensional expressions, and an Infinite Soul, just as all her humans do.

The “Elementals” are the living, multidimensional beings who bond together the physical elements and astral elementals in order to create a physical planet.

For example, it is easiest for humans to perceive the fourth dimensional frequency of Gaia while they are sleeping, in deep meditation, or while enjoying a creative act.

The difficulty is NOT that all awakening humans need to have these experiences.

The difficulty IS that certain Awakening Ones vowed before they took this incarnation, that they would remember their fourth dimensional experiences once they began their “RETURN” back to their fifth dimensional frequency of existence.

We know that you have all had amazing dreams and/or meditations, but as soon as you open your eyes and see the 3D world, that experience flies from your 3D memory.

We say, 3D memory, because if you can quickly expand your consciousness into the fourth dimension, you will be able to remember your dreams and/or meditations. However, there is often a short “timeline” for this memory. Hence, you will need to document your experience, or you will likely forget it.

The other thing that we, your Galactic Family, recommend to our brave volunteers to assist Gaia, is that you share your experience with others. We started Suzille on the campaign of “MAKE ASCENSION NORMAL” many years ago.

However, making ascension normal is very difficult when one has lost their job, can’t pay their bills, is sad because they lost a loved one, or feels like there is no one to talk to about the “weird messages” you are receiving inside of your own self.

The messengers of these communications are often without a physical form. Therefore, maybe they are “just your imagination.” Then, if you did tell anyone, they might think you are crazy, or fire you, or stop being your friend.

It is VERY difficult to be among the first ones to tell a truth that many others have identified as a lie. Also, maybe you are wrong? Maybe it was “just a dream” or you have a “way out there” imagination?

But what if YOU KNOW that these inner messages are NOT a dream?
What is YOU have the COURAGE to believe in your SELF?

You are NOT alone in your interest of “the higher worlds.” Just look at all the websites and blog sites that have sprung up in the last few years. In the 8 years that Suzille’s blog has been up, there have been well over 2 million people that have come to the site to find out about the “weird” stuff that she posts.

People are “over normal” and ready for “weird.” Why are they over normal? Because more and more of our grounded ones are having dreams, memories, discussion and even waking experience that tell them about a truth, mostly seems “weird”.

Therefore, don’t let life distract you, as what is occurring in your Third Dimensional Reality is more and more becoming a reflection, or perhaps a Fifth Dimensional Message message, of your fifth dimensional reality.

Your dreams are the fourth dimensional translation of what is occurring in your daily life, and your meditations are increasingly guiding you to remember your fifth dimensional reality.

To complete the process of Planetary Ascension, every reality that you have created, experienced, and lived, needs to be re-balanced before you will be able to move into the Higher Frequencies of reality.  You hoped that you were going to go through a tunnel and fall into a shining light. However, the “tunnel” is YOU and the “light” is YOU.

Also, as you come through the tunnel of light, you will experience yourselves at the Threshold to the Fifth Dimension.  As you arrive at this threshold, time and space, as you have known them, will blur into the ONE of NOW.

One of the most difficult components of planetary ascension is that the “majority” of humans will need to re-calibrate their consciousness to the frequency of the higher fourth and fifth dimensional frequency of consciousness.

All these many, different people will need to align their consciousness, and their unconditional love,  with the feeling, vision, frequency of “FIFTH DIMENSIONAL GAIA.” It is the alignment of the human consciousness, as humans are the primary, if not the only, beings on Gaia that have harmed the planet that they lived on.

The animals lived in harmony with nature, whereas the humans sought to control the planet. Fortunately, more and more humans are awakening to the fact that they are the “Protectors of Gaia.” As they live this role, they are to think first of Mother Gaia. Then decide if what they want will harm Gaia in any manner.

If it harms Gaia, the answer is, “NO! I am a Steward and a Protector for Gaia.”

Many of our brave Protectors of Gaia are going through exactly what Gaia is going through. Humanity is finally coming into the NOW when they are evolved enough to know that Gaia is a living being and that all humanity is made of the same earth, air, fire and water as their Mother Planet.

Therefore, they remember that they are ONE of GAIA.

Being ONE of GAIA represents the NOW in which Humans work for and with GAIA!

Being ONE of GAIA is when Gaia, and ALL her inhabitants, transmute into a higher frequency.

However, this event requires a “ticket,” which is and will remain unknown, until humanity has “Completed the Beginning” by realizing and living within the truth that
GAIA IS A LIVING BEING!

This “ticket to ascension” also says, “Please remember that:
THE NATURE OF LINEAR, THIRD DIMENSIONAL EXISTENCE
IS BASED ON TIME AND SPACE.

As a process of humanity's awakening to their true SELF, humans are beginning to remember how to hold more than one reality in their mind at a time. However, usually one can only do that when their 3D self is meditating, being creative and/or giving service to others.

Interestingly enough, once one has had a glimpse of that “other reality,” they often wonder, “Is this the same reality I know I am in, but coming to me from an opposite perspective?

More of you are beginning to feel like there is a different, higher frequency, “ME,” inside of “me,” that is trying to be born. Or maybe, your feeling this you, free of time, and within the NOW. In fact, many of you are “in the NOW” in which you are on the edge of remembering your “visits” into the fifth dimensional version of reality.

In the fifth dimension, light and sound intertwine to create a reality that is ruled by HERE and NOW. Your third-dimensional self usually thinks in a time-bound, sequential fashion, and often thinks—or even tells you—that you need to “get better” before you can do, have, understand, visit, and even deeply believe in the higher worlds.

These higher dimensions of your world, “world” meaning the united agreement that you have chosen to represent the concept of your collective “world,” are basically built on collective beliefs and collective states of consciousness.

“What came before,” is often lost to inhabitants of the third, and even fourth, dimensional realities. Yes, one can perceive the third dimension from the perspective of the fourth dimension, but there is still the belief in time and space.

From the timeless fifth dimensional perspective, one can also better observe and understand, “How will this reality evolve? What will happen if we do not use our fourth, and fifth, dimensional consciousness to gain a better picture of the cause and effect of the possible flow of this reality?”

More and more, humanity is beginning to understand the differentiation between their third dimensional time, their fourth dimensional time and the timeless realms of the fifth dimension, which are all easily altered by one's state of mind and emotion.

More and more of humanity is opening to their full Multidimensional SELF, with is synonymous with their Multidimensional Consciousness. As more of humanity has expanded their consciousness to embrace the fourth and fifth dimension, we will be able to increase the “fly-bys” of our Star Ships, hover over those who are ready to see, and send messages to those who are ready to hear.

A new, expanded version of reality will be coming into your reality. Some say, “When will this happen? When will you land?”

Our answer is, “When we see that YOU are ready to expand your reality beyond the limitations of the third dimension and into the fourth, fifth reality from which you came.”
Yes, the Ships are here for YOU!

(In the comments section, you may wish to write: