What Is In-between Where You Are Now and Where You are Going? The Arcturians through Sue Lie

DEAR READERS,
This blog got incorporated into a book I am writing. But then it got put on the Newsletter, so I have put it back on the blog. Please enjoy,
sue 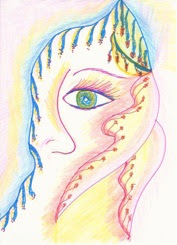 Dear Arcturians,
We, the "Ascending Ones” have some questions that we would like to ask you:

We, the Arcturians are happy to answer your questions:
Dear Ascending Ones, you, the members of humanity, are in-between just like Gaia is in-between. However, many are not aware of that fact. Many people think that they are already finished with what they came to learn.

These people, which is a large percentage of people, are primarily focused on whatever third dimensional task they are doing so that they can be happy, take good care of their families, understand their personal reality and/or are just surviving.

Gaia has such a diversity of people that there is no wonder why She is having difficulty with Her Planetary Ascension. Only a relatively small percentage of humans are dedicating themselves to assist with the task of Planetary Ascension. However, the number of those people is rising more and more.

Most people do not know what ascension is, and have never talked to a “Higher Being” of any kind, much less, their Higher Self. However, that number of people is diminishing. For the newly awakened ones, this form of “growing” is the process of remembering who they have always been, but forgot.

Unfortunately, the technology for the ones who only care about “making money for themselves” is also growing. Why is this “new destruction to humans and Earth” technology growing? The fact is that as more of this destructive technology is growing, more and more people are awakening to the fact that Earth is a living being.

Then, the humans that consider themselves to be of more importance than the entire planet are being recognized as “fleas on the dog.” What these destructive ones do not, yet, wonder is if the “dog/planet” were to perish, where would the fleas go?

“Oh, but the Earth can never perish,” they say because they are not aware how often Gaia has come into a “near-death” experience.

Gaia’s most challenging times were when Her protective Mantel was lost, then when Lemuria fell, then Atlantis fell, then there were the World Wars, the dropping of the atom bomb and the “testing for the nuclear bombs,” as well as the nuclear destruction done to Chernobyl.

Then, all of this destruction to planet Earth was followed by pollution and poisoning of Her earth via the “fertilizers,” destructions of the waters by Ships, as well as cities, emptying their trash into the ocean, and destruction of Her air by the pollutions from the huge factories as well as from the polluting airplanes.

They live on the 3D Matrix, which was created to hold Gaia on her axis long enough for Her to heal her planetary self after the fall of Lemuria and Atlantis. Gaia was doing pretty well with her reconstruction, thanks to her beloved sister planet, Venus. That is until “modern mankind,” with their inability to think that any living thing could be stronger than a human.

Even the planet on which the humans lived was less important than the human’s ability to make money, gain “power over”, and dominate others. These “lost ones,” as we will call them, lived on the planet that gave them the light of the Sun, the important water for them to drink, the air that they could breathe, and the solid earth on which they could build their homes.

These “homes” have become bigger and bigger so that the lost ones can have enough space to put more and more “things” that were invented so that the ever-growing corporations and extremely wealthy people could show off how much “power” they have over everyone else.

But, what if there were other people on Earth, as well as beings from other planets, that are fully realized with their OWN “Power Within,” and who have NO desire to have Power Over any one and any thing.

What if these people realized that Unconditional Love encourages Power Within, and Giving to Others opens their hearts and minds to a different reality? What if more and more people realized that there is a “simultaneous reality” that resonates to a higher frequency than their “physical reality?

What if people began to realize that Unconditional Love, Power Within and Giving to Others, opens their hearts and expands their minds to a different kind of reality in which people take care of the planet on which they live?

This new “format for living” in which Unconditional Love encourages Giving to Others, also plants the seed of Power Within. Once Power is perceived as a means to better assist the beings on Gaia, as well as Mother Earth, one's Power Within becomes a gift to give to others rather than a means to dominate others.

These Power Within and Unconditional Loving people know something that NEVER occurred to the Power OVER Others people. What did they know?

Because the Power Over ones looked at what they could buy with the money that they got from having Power Over Others, they did NOT realize that something was different. Meanwhile, those who were living with Power Within were moving into higher and higher states of consciousness.

Therefore, these Power Within ones began to perceive higher and higher dimensions of reality. Therefore, they were able to feel, know, perceive, and tell others that something about Mother Earth was beginning to change.

In fact, they began to realize that their own physical bodies were beginning to change, as well. Bit-by-bit, more and more of these Service to Others began to emanate a form of light that the Power Over others had NEVER seen before.

Because they were all finding their Power Within they could work together to create whatever was needed and SHARE it with whoever needed it. They discovered that they could communicate with Gaia to find out where the food was, what food was nutritious, how many fish to catch without harming their population.

In fact, they were happy to “just get what they really needed” because they were happy with their life. Groups of people began to gather together to work the land in an organic way, to form educational programs, to assist the sick and elderly and to care for Gaia’s life forms in whatever means was necessary.

Then, it occurred!
One-by-one and two-by-two, then, hundreds-by-hundred, the Power Within Ones began to find their way to live in the very reality that had taught them how to live via Power Within. They had forgotten that they had been taught, reminded, awakened, but NOW they were remembering.

They all began to share their dreams, their inner messages, and the information that they received from Gaia herself. Finally, after many eons, people and planet were becoming ONE!

“OH NO!” said the Power Over ones, who were becoming very afraid. “Who can we control now?”

“How about learning to control your SELVES?” spoke a voice that only those who were willing to change could hear.

“Controlling our self?” they pondered.

You see, they had spent their lives being so busy controlling others that they never realized that some one was also controlling them. Now this is when the real change began to manifest.

And then, suddenly for some and VERY slowly for others, they began to realize that the very “brainwashing” that they had used on others, was and had always been used on them. Now, this revelation made them VERY angry.

But, whom could they be angry at? They could be angry with their parents and the “Power Over” ones who had directed their entire life. But then they could also be angry with themselves. After all, they had been “good little solders” that had done exactly what those who had Power Over them had taught them to do.

Then, to their surprise, they deeply and fully realized that they were as much a “victim to others,” as much as they had made others be a victim to them. It was then that the Power Within ones recognized that their long-time enemies of “Power Over Others” needed their help.

Without a second thought, the Power Within ones sent Unconditional Love and Violet Fire to ALL the Power Over ones. They did not discriminate between those who had “a lot of power over” and the ones who just had “a little power over.” They were all brothers and sisters in humanity, and they know that it was their duty and joy to assist those who had been lost in the darkness to find their own Inner light.

The Power Within ones knew that this Inner Light would ground the “once lost ones” into the greater and greater light that was shinning brighter and brighter, day by day, in every way into both the personal/human, and planetary/Earth, vessels.

The Power Over ones knew that this Higher Light, which would gradually become “Inner Light,” would ground the ones who were once lost to the darkness. They also knew that every day, in every way, their Inner Light would shine brighter and brighter.

Well, that is where this story leaves off, for it is increasingly becoming a New Reality. However, we thank you for listening and invite each and every one of YOU to create your OWN Happy Ending to your Story, as well as to all the “stories” that you will hear from others as you offer your Power Within to assist others to find their Inner Light.

Blessings, we are the Arcturians and the Members of your Galactic Family. If you meet a person who looks like he/she may be from another planet, send them some Unconditional Love and Violet Fire.

When your gift is returned back to you, you will know that you have met a member of your Galactic Family. More than ever, we are ONE within this NOW.

Blessings from the Arcturians and our Galactic Family
Posted by Suzanne Lie at 9:42 AM