Message for Our Grounded Earth Crew--The Arcturians through Suzanne Lie

7-17-17
Message For Our Grounded, Earth Crew
Creating Groups Based on Active, Shared Intentions 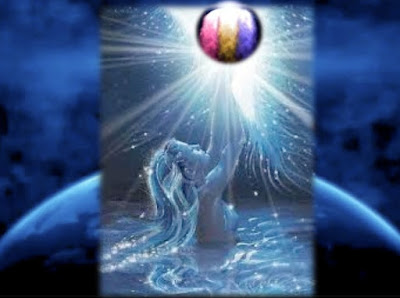 The Arcturians
Through Suzanne lie

We, the Arcturians, would like to communicate with our grounded, Earth Crew about creating third dimensional groups based on active, shared, intentions. We are aware that this task is quite simple within a fifth dimensional environment, but it can be very challenging within the environment of third/fourth dimensional Earth.

We will begin by giving you third dimensional definitions of “intention,” which are: purpose, aim, intent, goal, objective, and/or plan. All of your “planned intentions” often stay within your thoughts and emotions for a very long time before they become manifest in your daily life.

When you do not actively fulfill your own inner “intentions,” you may feel disappointed in your self. Some of you may also judge your self harshly for not filling the intentions that others have of you.

Your reactions to the judgments of others will be very different depending on your inner conversation with your self. You could be very disappointed in your self and chastise your self for “not fulfilling your planned intentions.”

Or, you could decide that these intentions were not actually your intentions, but intentions that you have received, or adopted, from some one else. While in the third dimension it is difficult enough to not fulfill the intentions you have set for your self. Hence, to become upset that you have not fulfilled someone else’s intention for you, will take you totally out of the “driver’s seat.”

Living your ascension process means that you have placed your self in the driver’s seat. However, this “driver’s seat” is a “multidimensional seat,” in which EVERY expression of your Multidimensional SELF must be consciously, and actively, at the wheel.

It is helpful and wonderful to use your “Unity Consciousness” to follow, lead, and share your journey with others. In fact, sharing your intentions with others who are also wearing earth vessels, is very empowering. That is, it is empowering if you have similar intentions and similar amounts of energy that you are willing to put into your personal, and/or joint, intentions.

If you have the same intention as others in your group, but the “others” are NOT actively fulfilling that intention, your energy field will not be synchronized with those people/or with that group.

When the members of a group differ too much with the amount of personal and multidimensional energy that they wish to contribute to that group endeavor, the group energy field will collapse into “the bosses” and “the employees.” In this case, the bosses will tell the employees what to do.

However, when you have an “Active Intention group,” there are NO “leaders” and NO “followers.” Instead, there is a group of people, in which each person has a strong sense of security about what their contribution is and how their contribution will fit into the group experience.

Strong group energy fields are actually created in the higher dimensions of reality. In other words, the group may have been initiated on Earth because they were all from the same Ship, and/or the same higher dimensional version of Gaia. Also, the group may have known each other in other incarnations and seem to “instantly recognize each other” in their physical life.

Some times, strong groups are initiated in a higher dimension of reality. In fact, within this NOW when Gaia is constantly sending her SOS into the higher dimensions, groups of friends and/or comrades, sometimes even family members, are volunteering to take incarnations within the same 3D time and place.

However, due to the urgency of the assistance for Gaia’s planet EARTH, the time it takes for infants to grow to adults, and for all the members of the group to remember their pre-birth contract, is not a reliable means of gathering a strong multidimensional energy field.

It's primarily for the above reason that groups that gathered on the fifth dimensional Ship or Homeworld consciously, or unconsciously, meet on third dimensional Earth and quickly decide to join into a group.

The members of that group may often say, “You seem so familiar. Do I know you?” Then the other person may remember that person from the ship, or not remember them. If they do remember, they are faced with the difficult decision of whether or not they want to “take the risk” to tell them what they remember.

Therefore, we the Arcturians, recommend that you look at that person’s aura to see if it extends beyond the top of their head, then seems to disappear into the higher dimensions. That person may need a few days to decide if they are ready to admit to their true self while they are wearing an earth vessel.

Many of our “away team to Earth” are fully aware of their simultaneous realities on their fifth dimensional ship or planet. On the other hand, many of our “away team” have chosen to “not remember” until it is the NOW in which a given situation calls them into “Active Duty.”

The sudden call into Active Duty can be quite challenging, as many of them have forgotten their true, multidimensional nature. It can be very challenging for one to totally change their “sense of self” into a greatly expanded version of what they have known throughout that entire incarnation.

To make that re-adjustment of “sense of self” these volunteers often have dreams about UFO’s landing or actually perceive a UFO with their 3D vision. Hopefully, the “newly awakened,” as they often call themselves, wisely seek out information so that they can better understand what is happening to them.

It is for this reason that we started our conversation by speaking of different kinds of groups. A group energy field is still a great challenge on 3D Earth, largely because of the indoctrination and propaganda sent out by the “lost ones.”

We, the Arcturians, have spoken many times about the “lost ones,” “the dark ones,” and/or the “Illuminati.” What these titles have in common is that they represent those who do NOT want Gaia to ascend into Her fifth dimensional expression.

Why would they NOT want to live within the Unconditional Love and Multidimensional Light of a fifth dimensional reality?

There is not one answer to that question, but the sweeping answer is that this is the group of beings that do NOT have a Lightbody within the base of their spinal cord awaiting its FLASH into the glory and peace of the fifth dimension.

They know that they will NOT return to their innate Lightbody because they SOLD it. No, they did not sell their Lightbody at a store or garage sale. But the Lightbody is a living being that needs to be fed like all living beings.

What does one feed their Lightbody to keep it strong and ready to burst forth into its fifth dimensional expression? The answer is simple. What one feeds their Lightbody is a balanced “meal” of:
Unconditional Love
Service to Others and
The Violet Light of Transmutation

When they lived ONLY by “Service to Self,” they lost ALL connection with the Unconditional Love, Violet Fire, and Multidimensional Light that resonates to the fifth dimension and beyond. Therefore, the lost ones could NOT even perceive these higher powers, much less be able to steal them.

An interesting development is that some of the children of the Illuminati have seen how “energy out equals energy back.” They have not learned compassion, parental love, or service to others. And, most of them are NOT from the Higher Dimension.

However, some of our VERY brave Ship Members have volunteered to take an Earth Vessel within an Illuminati household. Some of them have become lost, but some of them have been able to remember their true SELF, and retain that connection as they work from “inside the darkness to turn on the light.”

Therefore, we ask you not to blame all the Illuminati, as some of them are higher beings that took the great challenge of infusing their light into the darkness. We remind all of you that you can assist them by sending them Violet Fire to assist them.

Your ATMA holds your first 8 cells, as well as your Three Fold Flame of “Infinite Wisdom, Multidimensional Power, and Unconditional Love.” With your Active Intention, please go inside your High Heart to activate your own Wisdom, Power, and Love.

We, the Arcturians, will assist you if you call us!


Blessings on the teams that you will create

TO FIND OUT MORE ABOUT THE ARCTURIAN PERSPECTIVES

Please join us for this unique opportunity to attend a collaborative online discussion featuring Arcturian Perspectives that assist us to
Evolve into 5D Readiness and Prepare for Planetary First Contact.

This event celebrates Arcturian unity among diversity and serves as a model for group collaboration that will accelerate humanity’s consciousness expansion and amplify unified efforts to uplift the planet.

This event is co-hosted by the following individuals:

- Co-founders of the Group of Forty, David K. Miller, Author and Channeler, and Gudrun Miller, Visionary Artist and Soul Psychologist

See you all there soon,
The Arcturians
Posted by Suzanne Lie at 11:21 AM