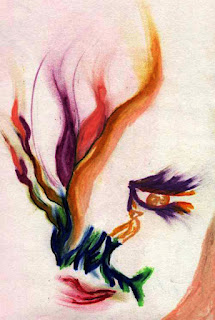 Greetings to our brave and ever-awakening volunteers to Earth,
We, the Arcturians would like to speak with you today from one of our Motherships. We wish to remind you again that your state of consciousness is the “operating system” that directs your brain to determine what frequency of reality that you “consciously” perceive.

Fortunately, an ever-increasing number of you are merging your Fourth Dimensional Operating System, which represents your conscious perceptions of the fourth dimensional astral world, to “over lay” your perceptions of your third dimensional physical world.

Those of you who are activating your Fifth Dimensional Operating System are able to simultaneously perceive the 3D physical world, the 4D astral world and the 5D reality that pulls you beyond you former limitations of time and space. Your fifth dimensional consciousness guides you back to your innate, multidimensional perception of the NOW.

Once you have activated your 5D Operating System will be among the leaders of New Earth. However, this transition will not be easy. The leaders are the ones who will be called on to open the portals of light. However, to open these portals you must find them, and many them have been camouflaged with illusion.

Therefore, we remind the leaders that, “The Truth will set you free.” One truth is that, it is the NOW to separate the chaff from the wheat. Another truth is that it is the NOW in which the first leader will be called upon. In fact, our definition of a leader is: the one who goes first. Fortunately, there are many brave ones who have already “gone first.”

Hence, the first way to “go forward,” is to look at your life and decide, “What are the first things that I can release to facilitate my expansion into the higher dimensions?” You will find that you cannot “take it all with you” because the path gets narrower and steeper with every step.

However, Dear Leaders, do not spread yourselves too thin, or get too tired, before you complete your inner orders. Yes, Dear Leaders, your orders come not from outside of your self, or even from above you. You orders come from within your self, for that is how you receive them. It is from within your SELF, you leaders will guide humanity into the next octave of reality.

Leaders are needed to train more leaders, which begins by leaders finding leaders, assisting these leaders, and teaching these leaders. Please remember, if leaders in training become too involved with being followers, they will not remember how to be leaders.

Therefore, we ask you to assist others, as assisting is a form of leading. Then, you guide those that you have assisted - to assist others. In this manner, leadership becomes normal, and followers are just those who have not YET become leaders. As you begin your leadership, you will grow to understand how your entire life has prepared you for your leadership of others.

Dear ascending leaders, you are within an era when you must remind yourselves that “the darkest night precedes the dawn.” The Lower Astral Plane, which is the Astral Plane's darkest night, is where all the effluvia of all the darkness, of all of the incarnations, of all of humanity, exist. Yes, we must add that humans, and/or those disguised as humans, have created this darkness.

However, this darkness did not wear human bodies when it first came to Gaia at the fall of Atlantis. These dark ones did not come from Earth! These dark ones came from other planets in which they also served as the force of “power over others.” The invasion of Earth occurred because the Laggards, those who could not ascend with their former planet, needed to inhabit another third dimensional planet.

Many of these Laggards could not learn on their last planet, and cannot learn on Gaia's planet. These Laggards, the lost ones, need to be blessed and loved free because they cannot change. The leaders must learn to identify those who cannot or will not change.

More and more of the younger “laggards,” the children of the lost ones, wish to release the dark indoctrination that they received as children. Unfortunately, many of their parents are too addicted to “power over others." Dear Leaders, your challenge is to send the Unconditional Love and Violet Fire whenever the fearful indoctrinations of the dark ones enter your thoughts.

It is the greatest challenge of the Leaders to remember that YOU are the Master of your life. Therefore, if you want something to change or alter your life in any manner, YOU must change your self first. Gaia, as well as all of the ascending ones are sending Unconditionally Love and Violet Fire into the fourth dimensional Lower Astral Plane.

As you prepare for your personal and planetary inter-dimensional journey you will may ask, "What do I take with me?" and "What do I release?" These decisions are best made in a calm state of mind when you can connect with your Inner, Higher Guidance.

We Arcturians are happy that you have connected with your Galactic and Celestial Family to aid you with your  inter-dimensional transition. We wish you to share your higher dimensional connection with all the leaders, as well as those who will suddenly discover that they, too, are leaders. We the Arcturians, as well as the myriad other Higher Beings assisting dear Gaia, send you all inter-dimensional comfort and support.

Fortunately, the Lower Astral Plane can be transmuted back into it’s original pristine state, to provide "fertile fields" of Gaia's expansion back to Her true Multidimensional Planet. Gaia's 3D operating System says that, “All energy that has been sent OUT must return to the sender to be transmuted before that person can ascend."

Do you understand now why Ascended Masters had such huge challenges before they could ascend? “But why did so many fall into the darkness?” we hear you ask. Our answer is that often many were unconsciously guided by one of the dark ones, who had mastered the art of unconscious, subliminal messages.

It is for this reason that we, your Galactic Family, have been telling you to carefully guard what you allow into your consciousness. There are two primary reasons for this “recommendation.” One of the reasons is that YOU, whether you know it or not, are being deeply changed by Gaia’s rising frequency.

Therefore, Gaia’s planetary SELF protected the plants, animals and other nature creatures. Since the dark ones cared only for their own “power over others,” they attempted many times to destroy, or greatly damage, the planet, as well as the nature that lived on the planetary surface as a means to destroy the humans.

They even sought to gain “power over” the higher dimensional worlds of Spirits, but instead they became lost in the Lower Astral Plane. But, by then, humanity was so wounded that they unconsciously sent their wounding into Gaia. Hence, rather than assist Gaia, they sent their personal wounding into the 4D Lower Astral Plane where it eventually fell down into third dimensional Earth, like an invisible rain of darkness and fear.

Remember, part of Gaia’s Operating System is based on “whatever is put out, will return to the sender.” Therefore, even though Gaia did not send out “power over others,” the humans sent out so much “power over others” that that third and lower fourth dimensional energy fields became permeated with the program of “power over others.”

This "side effect” of Gaia’s Operating System of “Energy out equals Energy Back,” so “broke Gaia’s Spirit,” that Earth became trapped by the Lower Astral Plane. With little assistance from Her wounded elementals, or Her selfish humans, Gaia became increasingly entangled in the darkness.

It is for the above reasons that we wish to remind you that
It is the NOW to master “The Art of Letting GO.”

“What does letting go mean? And, what are we supposed to let go of?” We hear you ask. However, only you can fully find that question for yourselves. But we will add that if you wish to “let go” of your third dimensional programming, trauma, and sorrow, please do not “let go” of it without transmuting and unconditionally loving it.

Fortunately, more and more humans are on the cusp of expanding their consciousness, awareness, recognition, and acceptance of their third and fourth dimensional mistakes and selfish actions.

As humanity expands their consciousness, enhances their awareness, hones their perceptions, and remembers to use their innate ability to love unconditionally and to transmute their reality with the power of the Violet Fire, they will greatly assist in the anchoring of the many “light portals that are NOW being opened to connect the third, fourth and the fifth dimensions into ONE.”

These portal of light will guide humanity to “Let GO” of the third/fourth dimensional illusions and to live within the fifth dimensional truth that: Person and Planet are ONE.

WE, the members of your Galactic Family are always with you,


The Arcturians
Posted by Suzanne Lie, PhD at 11:36 PM