What Does Ascension Mean? The Arcturians through Sue Lie 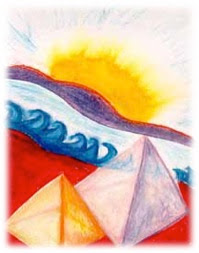 Seeing the Unseen
Hearing the Unheard
Feeling the Invisible

Ascension is the process of returning to the YOU that you were before you began your process of being a third/fourth dimensional human. Your higher dimensional expressions are constantly with you to assist you to remember your true SELF during your present incarnation on a greatly changing Earth.

Once you remember at least one of the higher expressions of your Multidimensional SELF, you have begun your process of restoring the multidimensional consciousness that is innate to your Higher SELF.

With an ongoing connection of your Higher SELF shining inter-dimensional Light and Unconditional Love into your heart and mind, your ascension process is activated while you walk the Path of a planet in huge transmutation.

At first, it may be difficult to perceive a reality that many cannot even imagine, but that is exactly why you took this incarnation. You chose to take this incarnation to be amongst the first to see the unseen, hear the unheard, and feel the invisible.

To walk this Path it is important that you completely trust your Higher Dimensional SELF. People who are around you may not perceive what you are experiencing because their perceptions are not yet calibrated to the operating system of fifth dimensional NOW.

While they are still calibrated to the third/fourth dimensional operating system, everything is ruled by time. Therefore, they are waiting for, working toward and wanting some 'thing' to happen in the future.

That future is greatly influenced by the past, as they are both bound by time. While your consciousness is limited to your third dimensional perceptions, your past often rules your present to such a degree that it is difficult to create a “better” future.

Third/fourth dimensional thinking is so bound by time that it constantly perceives reality as how it “WAS before” or how you hope it “WILL be” in the future. But, YOU are NOT in the past or the future! Therefore it is often difficult for you to alter your PAST, to change your FUTURE.

You have been taught to “learn more” so that you can “get ready” for something that “will” be coming when the time is right. But, what if that something is right NOW?

But, as you progress into what you would think of as your future, that “present” soon becomes your “past.” These perceptions of the past can, and often do, influence your future perceptions.

For example, you can have a dream or a meditation that appears to take a very long time, but when you return to your third dimensional awareness you may find that very little time has passed, or that more time has passed that you thought.

What if the event that you thought you missed, or are preparing for in the future, was actually occurring NOW?

Have you ever heard an insect fly past you so fast that you could hear it, but not see it? When your eyes are closed you cannot see who is standing right in front of you. However, you could learn how to use your other senses of smell, hearing, and instinct to recognize that some one is there with you.

If you were deaf, you would learn how to read lips, feel physical movement with your body and be able to recognize the emotions of verbal messages by the looks on their face and the movement of their body.

Do you see how adaptable you are if you do not have a choice? Right NOW, you still have a choice to only perceive reality via your third/fourth dimensional state of mind, vision, hearing and bodily sensations.
Or you can choose to start re-defining your concept of reality.

For many humans, reality has meant “that which is real in your third dimensional world.” Even your dreams and aspirations are not real, but maybe you can manifest them in the physical future.

What if the great idea you are wishing you could manifest has come into your awareness because it ALREADY exists within the NOW of the fifth dimension?

You are standing at the edge of a new way of thinking, feeling, understanding, and living. Because it is so different from what you have known as “reality,” you may not even realize that life has changed.

·      What if your reality were to suddenly change? Would you be happy, afraid, angry, or sad?

·      What if the invisible line between “they” and “you” disappeared and everyone was ONE?

·      If you were all ONE, does that mean that you would take care of, love, support, and listen to every ONE the way you do with your self?

·      Since many of you do NOT fully love, support and/or listen to your self, would everything stay the same?

·      What if you are already connected into ONE, but are playing out the old rules of a reality that shifted into the next dimension when you were not looking?

So many questions with no answers! You, as third dimensional humans, have had many incarnations in which your multidimensional Soul was so surrounded by your physical vessel, that you forgot that you had a Soul.

·      Your Soul resides within the higher frequencies of reality, or does it?
·      Has your Soul been above you, within you, around you?

How does one enter this wonderful dimension? Where is it and how do you get there?

Yes, it sounds simple. Just release all the versions of the third/fourth dimensional self and embrace your fifth dimension SELF. However, it is not that simple. In all of your incarnations, having a third dimensional body meant that you were “alive.”

“Transmuted” means that you shifted into a higher frequency of reality. After you transmute into being fourth dimensional, you can decide if you wish to go back to the third dimension to learn a few more things, or advance into the higher octaves of the fourth dimension and eventually return to your fifth dimensional self.

This is where you need to remember that you never left the fifth dimension or the fourth dimension. The concept of separation is a component of third dimensional thinking and does not exist in the higher levels of the fourth dimension and beyond. Hence, your thinking needs to take the leap to allow yourself to trust your self enough to:

SEE the unseen,
HEAR the unheard and
FEEL the invisible.

You can remember this innate ability by expanding your “sense of self” beyond the third dimensional concepts of separation and limitation. Then, you can better allow your fourth dimensional dreams and creative ideas to be as REAL as the car you are driving and the home in which you live.

It may be difficult for you to believe what you cannot perceive. However, if your perceptions are limited to time and space, you can only believe that the third and fourth dimensions are real.

Therefore, it is helpful to remember how to expand your consciousness into the fourth, and even the fifth dimensions, while you are still wearing your earth vessel. This expansion of consciousness has been studied for many of your incarnations.

Hence, if you can trust your inner guidance, you will be able to remember, return to, and even expand your ability to extend your consciousness beyond the limitations of your third dimensional body and your fourth dimensional aura.

As you meditate on the base of your Core and allow the “sleeping serpent” of your kundalini to awaken and rise up your spine, you begin your process of return to your fifth dimensional Lightbody.

In this manner, as your consciousness returns to its innate fifth dimension and beyond “Inner SELF,” you will quickly or slowly, create a new body to contain your higher dimensional expressions of Self.

Many Masters, as you would be a Master of Energy, maintain a version of their physical self in case they wish to communicate with those still wearing earth vessels on third dimensional Gaia.

As your multidimensional core is activated, your sense of self and experience of reality will transmute into the next octave of the fifth dimension and beyond. This transmutation will fully connect you with your true SELF as you walk the Path that you chose before you took this incarnation.

Most important, you will share your expanded perception with others to assist with the joint process of Personal and Planetary Ascension.

Blessings,
We are the Arcturians