The Safety of Love--The Arcturians and The Illusion of Sorrow

The Safety of Love 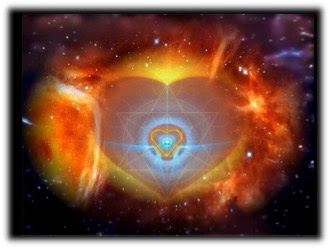 Beloved ones,
We the Arcturians come to you within your NOW to salute you for your ever-expanding transmutation into higher and higher frequencies of consciousness.

As your consciousness expands into the frequency of reality which is the threshold connecting the fourth and fifth dimensions, often known as the Rainbow Bridge, your perceptions of reality take a quantum shift.

The reason for this shift is because your fifth dimensional perceptions come online with your 3D brain. This shift occurs when you then begin the process of reconnecting with your multidimensional mind.

This reconnection with your multidimensional mind occurs once your consciousness expands into higher delta and gamma wave thinking. You may not be aware of this shift within your consciousness, but will become increasingly aware of the messages you are receiving from the fifth dimension and beyond.

There is no “good/bad” or “right/wrong” to these choices of consciousness and perception. Some humans are not interested in a conscious connection to the process of planetary ascension. Many of them have been wearing an earth vessel for myriad incarnations and desire to remain within the third/fourth dimensional format to which they are accustomed.

However, more and more of you are remembering and dedicated to fulfilling your mission to assist in Planetary Ascension. Your first challenge is to expand your consciousness enough so that you can be in constant, conscious connection with your own multidimensional expressions of SELF.

This conscious connection with your higher and higher dimensional expressions of your SELF serve as a “Jacob’s Ladder.” This ladder of ever-expanding frequencies of reality will guide you when it is your NOW to release your earth vessel and return Home.

This “Jacob’s Ladder” is actually the frequency trail that you created when you volunteered to take a vessel to assist Gaia with Planetary Ascension. Those of you who came in in the late 1940’s and early 50’s had to “hide” your higher light for many decades before you could openly perform your mission.

The difficulty was that if you “hid” your true, Multidimensional SELF for too long, you began that it was YOU. Fortunately, the higher frequencies of light entering Earth’s atmosphere within your NOW are interacting with your 97% DNA, which has be “turned off” for most of your earthly incarnations.

(For information about this DNA, please see:
http://www.multidimensions.com/fulfillment-process/holographic-reality-part-2/

This 97% of your DNA serve as personal wormholes of multidimensional light. Hence, they serve as the communication route between the frequency of you wearing an earth vessel and your true, multidimensional consciousness that is now being activated.

The “lost ones” who knew they could not expand into their higher frequencies of light, had to amplify their fear campaigns to lower the consciousness of the masses. However, “the masses” are increasingly awakening to the truth of their multidimensional nature.

As more and more of you consciously acknowledge that you are multidimensional beings, your innate higher perceptions of clairaudience, clairvoyance, and clairsentience will also become normal.

These higher dimensional perceptions give you important information about your environment that is far beyond the perceptions of those who still wish to harm and dominate.

Most important, your higher perceptions allow you to recognize your increasing power to transmute your reality into a higher frequency of resonance via the power of your innate unconditional love and violet fire.

As each of you, as well as within groups, consciously transmute your reality into a higher frequency the forces of “power over others” will be left behind in the lower astral realities that they have created.

You can then support that possible reality by sending unconditional love and violet fire into it before it even occurs. By this contribution, you simultaneously ground a higher dimensional version of reality and transmute any attempts of the lost ones to interfere with the Divine Plane.

It is in this manner, those who are ascending into the higher frequencies of reality can assist by creating a safer world for those who are just beginning their process of awakening.

Thus, with every “step” you take into the higher frequencies, you leave a trail of “bread crumbs” for others to follow. It is true that there are still enemies against the light. However, those “enemies” are decreasing more and more each day.

By transmuting new projects far beyond the reach of the lost ones, you greatly assist with the process of Gaia’s ascension. Most important, your protection and guidance assists with the inevitable defeat of the lost ones. Since Gaia is a free-will planet, those who choose to serve the darkness will be left behind until they choose to serve the light.

Furthermore, as more of humanity recognizes that they are multidimensional beings who have vessels of light on myriad dimensions and realties, they too will realize their own inner powers of transmutation of darkness into light.

Within this NOW, many of you, our light workers, are moving through your final initiations into your fifth dimensional consciousness. These initiations appear as problems, but if you recognize them as initiations, you can remember to use your innate multidimensional powers of transmutation and unconditional love.

Will the truth set free humanity from the limitations of the 3D Matrix? It will only set free those who want to be “set free.” There are still many humans who are not ready to move beyond a third dimensional matrix of realty.

Gaia has chosen to be a free will planet in which all Her beings could make their own decisions. Therefore, those who are not ready to ascend can continue their lessons of incarnation on Earth until the NOW of Gaia’s ascension. Within that NOW, they can choose to ascend or to continue their third dimensional adventures on another planet.

As you can see, Gaia’s original blueprint has long been corrupted. This corruption was because Gaia also choose to offer the opportunity to live within polarities which appeared to be separate. These polarities, such as good and bad, are only polarities if one does not perceive that which resonates between the extremes of the third dimensional spectrum.

Fortunately, as your consciousness expands further into the frequencies of the fifth dimension, you can perceive the higher dimensional energy fields that connect that which was perceived as a “polarities.” Then, instead of perceiving polarities you will perceive a “spectrum of light.”

With the awakening that NOTHING IS SEPARATE, you realize that “everything is ONE.” When “all life is ONE” then you cannot have a winner or looser. You are ALL in this together. When you are all connected in unity there can be no competition with each other and no domination over each other—the concept of “other” will be extinct.

Do you see how the third dimension will and is shifting into a higher frequency of Gaia’s holographic program? Whereas before, Earth reality was based on “separation from” and it is now transmuting into “Unity With.”

You have all seen that the lower frequency realities, such as the third and fourth dimension, are resistant to change. This resistance to change has occurred because many have not felt safe, and one must feel safe to try something new and advanced.

How does one “feel safe” when they think they are alone in a frightening world? They don’t! In fact, they often feel sorrow.

VEIL TWO
“The Illusion of Sorrow”

The dizziness, bright light and loud buzzing are a little easier for me to bear this time.  However, it seems to takes forever before I can accustom myself to this intense light.  Gradually, I can see the circle of light before me and I can feel Lady Astrea gently reminding me that it is my time to enter the circle.  Again, the Ladies come to me and remove an unseen veil and, as they do so, I hear the voice of Lady Leto from within saying, "This veil is the ‘Illusion of Sorrow'.

As you may recall from your life dreams, the theme is again and again the loss of love and the resulting sorrow.  Know my One that love can never die.  It may change or move to a higher vibration but it cannot die.  Once the energy of love has been formed on Earth, the creator of that energy has made a lifelong friend.  For, to be creators of love is the major Earth lesson for all of mankind."

As the Brothers of Hilarion's retreat take the veil, I hear Hilarion's voice saying, "The energy field of Love acts as a shield.  When you become a master of energy, you will be able to see love energy in any environment.  Love energy is different from all other energy fields.  Other energies leave the aura of the creator and begin their traverse throughout the realities, which is eventually terminated in their three-fold return to the creator.

Love energy, of course, also leaves the creator, but it leaves a small portion of itself with the creator as a shield of protection.  This is because love is very attractive and adhesive.  It clings to all that it comes in contact with.  Love is the most powerful energy force known on the planet Earth, with divine love being the highest frequency of all."

I then hear the voice of Apollo, "Dear One, good morning again.  How you have suffered in this life!  How you have felt unloved and unlovable.  The sorrow that has come to you from the illusion of loss of love has been your most difficult life lesson.  As you know from your individual karma in other lives, you have tended to not value your loved ones and have instead focused your energies elsewhere.  Because of that pattern you have 'feared' the karmic retribution of loss of love and, my dear one, as you know, ‘Fear Precipitates’.

"Know now in your heart of hearts, love can never die.  Love always remains in the Soul of the lover and the loved ones.  Love is a Soul quality and, therefore, rises eventually to the level of Soul.  Even if the being is to die, it does not matter because the Love shall automatically be passed up to that one's higher body.  Remember that there is no true sorrow, as there is no true separation.  Separation is the ultimate illusion, particular to the planet Earth.  On the sun, we are all one.

“Remember now that your feelings of sorrow are truly loneliness for home.  This loneliness for home is a divine discontent.  Allow divine discontent to guide you into your spiritual heart.  Use this illusion.  Feel the sorrow and carry it to your heart.  Set it at the feet of the Oneness where your Soul will mop your brow and touch your heart.  The One awaits your gift.  The giving is your treasure."

Q and A on Sorrow

How have you transmuted fear and sorrow in your life?
How have you assisted others? You sharing will assist others...
Blessings, and thank you for your comments,


thanks in advance for your comments
sue