Are You Ready? by the Arcturians and Gaia 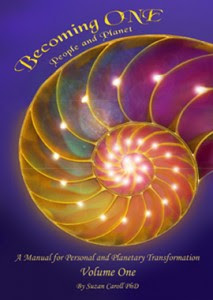 The Arcturians and Gaia

Beloved ONES,
We are here within the NOW to ask you if you are ready to move into the next octave of your service? We know that you ARE READY as we can see it within your hearts and minds. We ask you because we want you to hear yourself say,  “YES. I AM ready!”

When “YOU,” the sum/total of all the expressions of your Multidimensional SELF who have ever taken an incarnation on Gaia, know that it is the NOW to begin your return to SELF, it may appear that you have always been “trying to return to your SELF.” That is correct.

Simultaneously, you were “trying” to remember your higher dimensional expressions of SELF. Please take a moment to look back into your time to remember how you felt as though you were doing two opposing things at the same time.

Your feelings were correct, as being in two worlds at once was exactly what you were called upon to do. You volunteered to enter into a third dimensional state of consciousness in which there were constant conflicts and challenges. It was your mission to also remember that you were a multidimensional being who volunteered for an “away assignment” into a hostile reality that was on the verge of worldwide destruction.

Humanity in that NOW had no idea how close they came to destroying their beautiful planet. After, 1946 was one of Gaia’s darkest nights. It appeared that the WWII was over and the “free world” had won.

Yes, that was true in that the great forces of darkness had lost that particular battle, but they merely went underground, literally went to live in underground caverns, to continue their dark deeds in hidden ways.

Many of our brave volunteers to Gaia took a body within the era, known as the “Baby Boomer” era. The ones who “won” the war wanted to repopulate your people and enjoy their new lives of freedom. However, their “freedom” was often an illusion because your world was in a constant state of war somewhere on the planet from then on.

But NOW, dear volunteers to Gaia, the energies are changing. The secret wars and deceptions are increasingly being revealed, directly confronted and even resolved. Of course, there is still great deception.

However, as you, our away team, increasingly expand your consciousness, you perceive the higher frequencies of reality that overlay the third dimensional hologram of separation and domination.

We wish to commend you for being the amazingly brave “warriors for light” that you all have been. You may not realize the myriad ways in which you have “fought for the light” by “refusing to participate in the darkness.”

You have chosen to send unconditional love rather than fear and weapons, and you have remembered to blaze the Violet Fire to transmute fear and domination into love and freedom. You may not realize that YOU have made such a difference by these higher dimensional choices.

Of course, there are many who are not—yet—aware of the higher dimensional version of Gaia, but many of you are also disseminating the important information that you are receiving from your higher dimensional expressions of SELF. We want to thank you all for grounding our “Transmissions to Earth.”

We have been sending these transmissions since the close of WW II and throughout your time of myriad and continual known and unknown wars. Many brave humans dedicated their lives and/or their personal freedom to tell the Truth to the sleeping masses, but they are all here with us now in the higher dimensions of reality.

We are reviewing your past to commend you all for your great courage and dedication to the Light during the many decades of “the darkest light just before dawn.” We come to you in this NOW to congratulate you for your great service to Gaia and all Her inhabitants.

In the midst of decades of corporate Service to Self, you, our amazing volunteers to Earth have dedicated your lives to Service to Others, as well as to your dear mother planet Gaia.

If you knew how the underground nuclear testing, corporate farming, slashing and burning of great forests, jungles and prairies, as well as what has been done to Gaia’s water and sky, has greatly damaged Earth, the burden may be too much to carry.

Hence, many humans went into denial. “What difference can I make? I am just one person?” We send gratitude and congratulations to the many of you who chose to roll up your sleeves and find out just what YOU could do.

We send this message to thank you all for remembering that one of the most important things you can do is transmute “just one person” to “WE are all ONE.” Within this ONE, there is the POWER to transmute your planet back to the pristine being that She was meant to be.

Within this Power, you are “Becoming ONE—People and Planet.” To further this transition, Suzille will be giving away her “Becoming One—People and Planet, Volume One” during the month of November 2015. Both books have color pictures as they are pdf files.

Then, for the month of December 2015, she will give a way for free “Becoming One—People and Planet, Volume Two.”

For a FREE download of Becoming ONE - People and Planet Volume One in November, please click the link below:
https://www.dropbox.com/s/b059t72fo0wdpre/Becoming%20One%20Vol%20I%20color.pdf?dl=0


In return, would you like to subscribe to my e-newsletter?
If yes, I welcome you to do so here:
http://bit.ly/Arcturians

Progressively, Gaia’s 3D hologram will also become out of phase with your own ever-expanding frequency. You will then begin to flow beyond the illusions of the third dimension and into a higher frequency of energy field.

Your “3D human projection” will safely become a higher frequency of energy that is becoming more and more aligned with the fifth dimensional perceptions of your ever-expanding Lightbody.

By then you will have released the illusions of up and down, as your Multidimensional SELF will begin to flicker in and out of Gaia’s physical reality. Where do you go when you flicker out of your 3D world?

However, our ascending ones are usually striving to perceive, experience and live within the fifth dimensional reality that has been flickering in and out of their earthbound meditations.

Hence, eventually, you will take the risk to just “let go” of your third dimensional illusions. This letting go opens the multidimensional portal to your true SELF. Instantly you feel the deep sense of “home sickness” for the YOU that you have always been, but often forgot.

This longing for your true Home is based on the unconditional love and deep unity with the ONE that resonates to that frequency. You want to leave the third dimension, but as you begin to “let go,” you hear,

As an invisible voice whispers, shouts, cries into your ascending projection of SELF.

“YOU CAME TO TAKE GAIA WITH YOU!”

You have returned for the love of the people, the places, and the situations that have filled your third dimensional life. You also realize that you are returning for the love that you have found/created for your home and your planet.

You realize again that you chose to come on this mission from the higher dimensions of your SELF so that YOU can assist your Beloved Mother Gaia who is, also, ready to return HOME to the fifth dimension and beyond.

Blessings to you, our dear volunteers to Earth.

I will start.
"I SUE LIE, am ready to release the past the move into the NOW!" 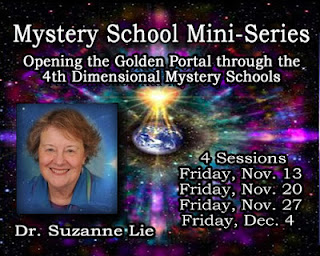 Join Us as We Collectively Re-open the Mystery Schools!

All sessions will be recorded and shared with attendees.