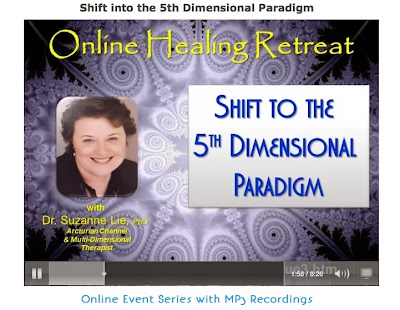 Last month we visited briefly visited Lemuria,
which is reviewed below in the transcript of that meeting.

Join us again, as this month we release the psychic scar of Lemuria's ending
to assist us in creating our own new beginning. 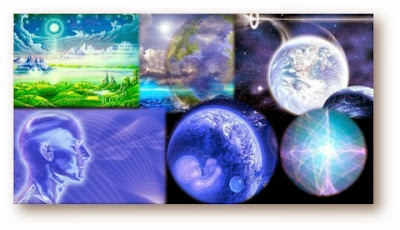 The main enemy that we have is the lies that we tell ourselves.  These lies that we tell ourselves come from believing the illusion. I had big trees at the back of my house, which were planted in the neighbor’s yard, that created total privacy, Then, then the neighbor cut them all down, which was devastating to me because I adored those trees. They were like people. Days later, after I had gone through my grief, I looked out at the huge houses on the hill behind my house and said, “The illusion of privacy is gone.” and then penny dropped

Then I got a higher lesson that what was so devastating was actually the death of an illusion. The trees proved me with an illusion of privacy, and when I lost that illusion I was very sad. We have lived many, many lifetimes in the 3D world of illusion. Hence, as we move in to the higher frequencies of our consciousness, our perceptions will see through illusions of our physical world and into the truths of the higher dimensions.

Many of us are going to keep a copy of our body on Earth in the same manner as we save a copy of a paper we are writing.  If we are writing a presentation or a paper we remember to save a copy. In this way, we can make sure that we don’t lose the original while we are making the revisions. Whether or not we know it, we are all in the process of making a lot of revision to our consciousness and even our body.

The main revision we are making as we move into the higher frequencies is that we are leaving time.  When our consciousness pierces the illusion of time, can consciously experience into the higher dimensional worlds. Then, we return to our physical form a second before, or after, we left.  Thus, to our physical reality, we never left.  This is something that is happening to a lot of us and is why people are losing their short-term memory.

Although, it isn’t really our short-term memory that we are losing, but the memory of where our consciousness just dashed off to and returned form. We do not remember what happened because we just left time. Since our 3D memory is based on the past, present and future time, it cannot register a concept of moving into a timeless reality and returning just before, or shortly after, we left.

Therefore our brain usually translates these experiences as a sensation of something rushing across the side of our vision. However, when we turn to fact it, there is nothing there.  We may also have a dream or a meditation that seems totally real. These experiences take us to a place or a person who appears as real as anyone we might meet on the street. We are having these experiences because we are gradually releasing our attachment to the third dimension.

I say attachment because we came here to assist Earth, the physical being of Gaia. Thus, our physical vessel serves as our anchor into the earth. This anchor pulls us back into our earth vessel at the completion of our wonderful inter-dimensional escapades. In other words, our inner world that was once called “just our imagination,” is becoming as “real.” Simultaneously, as our expanding consciousness is activating our expanded perceptions, our inter-dimensional sojourns seem increasingly “real.”

This process of activating our multidimensional mind enough to perceive the higher frequencies of reality will increasing expand. When we have these experiences it is important to save it to our “computer mind” by linking with our “external hard drive” in the core of Gaia. Once we share/save these experiences with Gaia’s core, everything that is saved in Gaia’s core is shared what everyone else who has linked to Gaia’s core. In this manner, all of Gaia’s beings, who are not all humanoid, are moving into a deep unity consciousness.

And, unity consciousness is the secret to ascension. Those of us that are awake are a very small percentage of the entire human population. Fortunately the animals are awake, the plants are awake, the elements are awake, and the elementals are awake.  Far too many of the people are NOT awake.  Therefore, those of us who are ready for ascension need to band together so that two and two are four, four and four are eight, eight and eight are sixteen etc, etc, so that we can exponentially increase our ability to influence this reality.

We are advancing in this exponential manner because we are becoming portals of light. As this light enters our pineal gland it activates our multidimensional mind, which is connecting with our physical brains. When you look at a lot of pictures of ET’s they have huge upper sections of their head because they have included their multidimensional minds into their visible form. Human’s multidimensional mind is not visible to 3D perception because it resonates to the fifth dimension and beyond.

We, the Arcturians, will now guide you into the core of Gaia. While there, visit the Lemurian civilization in Inner Earth. They have created a beautiful fifth dimensional reality, which is a living example for the creation and accepting of fifth dimensional Earth. Let’s begin by all of us imagining that we have found our passageway into the core of Gaia and allow the memories of our lifetimes in which you were Lemurian.

Perhaps you remember traveling in one of the speedway vehicles Inner Earth Lemurian. You may even remember being in some of those hidden catacombs that the Atlantians found. Maybe you were a Navaho or one of the Native Americans that followed the deep inner tunnels all the way to Tibet. You might even have entered Lemuria via Tibetan.

Either way, you will find that the middle of Gaia is not unoccupied and is inhabited in the frequencies of the fifth dimension and beyond. Since these inner passageways and inner worlds of Gaia resonate to a higher frequency they are out of phase with your physical time, as well as your physical perception. Therefore, a scientific journal would say, no, no, no that’s impossible. That is correct. It is absolutely impossible in a third dimensional reality.  But what we are doing here is moving beyond the limitations of that third dimensional reality.

These higher frequencies of light have always been here. What occurred at the flashpoint that we called Ascension on 12-12-12 was not commonly perceived because your third dimensional illusions blocked out your knowingness. The higher frequencies did enter your world and cleared many illusions from your personal and planetary 3D matrixes. However, what you expect to see, you will see.

Hence, humanity has to release the habit of living in illusion to find the courage to see the truth. Some are trying to keep these illusions alive. They are spending a great deal of their energy living in a reality that no longer exists as it is too difficult to release their habit of being third dimensional.  Thus they live in a reality that no longer exists, except in their illusions.

Now, take a moment to take a few long, deep breaths to calibrate your attention to your higher states of consciousness. We invite each and every one of you to connect with one of your myriad higher dimensional expressions. You do not have to get better, you do not have to prepare, you don’t have to learn, and you don’t have to work hard.  All you have to do release your illusions. It may feel painful to release some of these illusions because humanity has loved their illusions. However, NOW humanity can learn to love the truth.

Sometimes you may have a difficult time releasing your illusions because you are using them to disguise an action or a feeling that is too uncomfortable to feel. For example, many of you here now have directly experienced the sinking of Lemuria and/or Atlantis. However that memory is so painful that you have kept your illusion rather than facing the true emotions of the end of a magnificent world. However, every ending is also a beginning, just like in your NOW.

We are the Arcturians, will guide you through the experience of he sinking of Lemuria so that you may realize and release the old sorrow and gain your important lessons. Before we return to this memory please remember that third dimensional communication is logical, sequential and focused on time-based past, present and future. On the other hand, multidimensional communication is based on imagination, perceptual images and emotional/bodily feelings within the timeless NOW.

This month we will visit Lemuria again to see how they rebuilt there world into a beautiful underground, fifth-dimensional society.

Hidden in the past are the secrets for our future,
as well as our return to the NOW.

Join us by going to:

The Sinking of Lemuria found at:

PLEASE SEE COMMENTS FOR DETAILS
Posted by Suzanne Lie at 8:34 AM