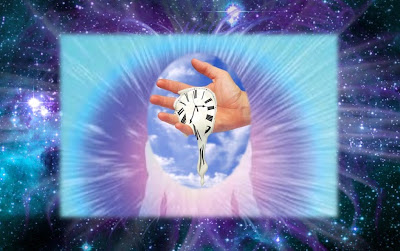 MYTRE SPEAKS:
Franquoix and I decided to show the group that we were friends. Franquoix moved his camp next to mine and smiled when the camp was asleep and went to the Temple to be with Mytria. In fact, we began to develop a genuine friendship. Franquoix was the only one, except Jackal that I could talk to about my concerns. My primary concern was stabilizing the fifth dimensional frequency of our reality, as our community was still only resonating to the threshold of the fifth dimension. The cohesiveness of our group was not yet strong enough to create the unity consciousness necessary to fully ground our community in a fifth dimensional resonance.

It turned out that Franquoix was secretly a High Priest of one of the Draconian spiritual orders. In fact, he had psychically known we were attempting ascension and joined us not to invade but to assist. Of course, the Draconian troops did not know of his secret mission. Franquoix was actually a member of a Draconian spiritual order that had been secretly working to end the Galactic War.

Franquoix and I began to meet just before dawn at the same place where we first became friends. As we watched the sun slowly clear the horizon we  discussed the mastery of the mind, finding peace in our hearts and how we could complete this process of ascension. Franquoix’s knowledge of the ancient texts created wonderful conversations, and we realized that our ancient teachings were very similar.

We also discussed the reactions that others were having to his presence. We decided to allow everyone to come to terms with the fact that their old enemy had now become someone with whom they could become a friend. We realized that the sudden appearance of the “enemy” was one of the many initiations that we would need to complete in order to stabilize our consciousness to that of the fifth dimension and beyond.

I know that it appears from my storyline that days have passed since I had returned to my home world. However, the counting of time, as well of much of our experiences of reality, was directly proportional to the consciousness of the perceiver. The members of the first encampment, who had consciously and in deep unity worked with Mytria and Almon to raise the Violet Temple, had experienced many symptoms of transmutation prior to the ascension.

They had already expanded their consciousness and had adapted to their fifth dimensional expanded perceptions. Hence, they, Franquoix and I were living in a timeless now. We experienced the sunrise and the sunset as markers that our consciousness was shifting into another cycle of awareness. In fact, these members of this group had no problem at all accepting Franquoix, as the habit of fear and separation had been released.

On the other hand, except for those in the village’s Temple, those who were brought here from the village had not been prepared for this experience. Alycia, who was serving in the Temple in the village, had been in psychic connection with Mytria and shared those communications with the members of that temple.

Alycia had become a woman and was being prepared to be the High Priestess and Keeper of the Violet Flame. When I joined Mytria I also had a chance to renew my relationship with my daughter. I could see her mother in her, but I could also see myself. Alycia would be a powerful leader for our community. Her leadership would be needed as we completed our ascension process.

I could see that the appearance of a “Draconian enemy” was a challenge for the collective consciousness of those who still harbored fear. Once the people released their inner habit of fear, they had no fear regarding Franquoix. Gradually, people began to talk with him, especially those who had been to the Violet Temple to transmute their old patterns of fear.

We had always had more women than men in our community, and several of these women found it very interesting to interact with Franquoix. He was very friendly, but completely disinterested. His wisdom told him that it was far too soon to engage in an intimate relationship with a humanoid woman.

It was then that three more Draconians, two females and one male, found our encampment. They had secretly been watching us and observed how many of our group had intermingled with their commander Franquoix. Finally, as Franquoix and I watched the sun move above the horizon, they came to us.

“You finally decided to come out from cover,” was Franquoix’s calm response.

The three Draconians looked surprised, as did I. This is when I fully realized that nothing ever evaded Franquoix’s attention. This skill would become very useful for our ever-growing community. Franquoix and I stood to greet them as introductions were made. They informed us that there were two more warriors who were in the village. All of them had been closely following Franquoix’s ship in their one larger craft.

They were to wait until their leader pierced our protective dome, but when they saw their leader suddenly disappear they sped up to search for him. Shannel, a female who appeared to the captain of that ship said,

”I know that we were to wait for you, but we were concerned and followed you into what appeared to be some form of cloud. As we entered the cloud, one of crewmembers simply disappeared. We had no answer for this, but were too involved to be concerned about anything other than we would likely crash onto the planet. We had lost all control of our ship, so we bravely awaited our death. However, as the land reached us we appeared to “blink out” of that reality.

“Suddenly, we found ourselves safely standing on the ground. We could see the village in the distance and went directly there to investigate. The village was diserted, but we left two warriors there while we searched for you. We have no idea what has happened to us. Our ship and all our weapons seem to have disappeared. Therefore, we have created these primitive spears with rocks and sticks.”

Franquoix replied. “Drop your weapons, as there will be no fighting here. We have found ourselves in a higher frequency of reality for, indeed, this community has ascended into a higher dimension.”

“Franquoix,” I asked. “Did your crew know that we were attempting to ascend?”

Franquoix came as close to a smile as I had seen and replied, “This crew has studied under me for a great deal of time. When we discovered what you were attempting we successfully tried to join you. Now a new journey has begun for us all.”

The villagers had been able to be comfortable with Franquoix, but when three more “enemies” entered our encampment, shortly to be followed by two more, our biggest initiation began. It was time for Almon and Mytria to join us outside of the Temple, as I needed all the help I could get. I greatly appreciated the assistance of Shinarius, but the people were deeply bonded with Almon and Mytria.

In order to stabilize our community to the fifth dimensional resonance, the life-long habit of fear of fighting in or running from the Galactic War had to be released. Hence, the villagers, who had not had the preparation that the first members of the encampment had, would need all the assistance we could give them to shift out of the old and into the new.

Of course, as long as any fear remained in even our unconscious mind, it would flush to the surface of our life whenever a perceived enemy appeared. Now, including the two Draconians in the village, there were six “enemies.” We were at a crisis point when Mytria, Almon, the Elohim Alcyone and the Arcturian joined our camp. The Elohim Alycone and the Arcturian stepped forward in their blazing bodies of light and said in one voice,

“Know that your only enemy is your own fear! In this new world that live within this NOW, you are the creators of your reality. You have created the version of reality in which the ‘enemy’ has appeared because you have not cleared your enemy within. There are myriad versions of your fifth dimensional reality, but this timeline is the most stable of them all.

“With the power of this unity and stability you can all believe, perceive and embrace the higher frequency reality that surrounds you. Then, as one, united group, you will be able to release time and enter the NOW of the fifth dimension and beyond.”