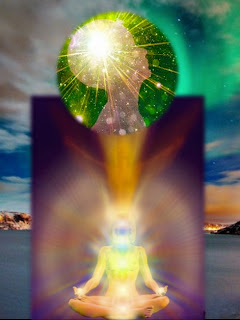 MYTRE SPEAKS:
I must apologize for our story moving through different periods of time. You see our Ship has entered the mid-fourth dimension of your planet Earth. Therefore, our broadcasts to you are greatly disrupted by the time differential between the fourth dimension and your third dimensional physical world.

Furthermore, your third dimensional physical world is expanding its essence into the fourth dimensional expression of your reality. Some of you are able to follow the expansion of Gaia’s consciousness into the higher frequencies of multidimensional Earth, and some of you cannot.

Therefore, we are only in communication with those of you who can expand your consciousness enough to calibrate your attention to the mid-fourth dimensional version of your reality. We know that this expansion of your consciousness may be somewhat confusing to you because you are also holding a physical form in the third dimension.

However, if you are able to tune into our message, you are likely aware of your multidimensional nature. Hence, you can also understand that there are many versions and frequencies of reality swimming together in the great cosmic flow of the ONE.

Within this Cosmic Sea, the many timelines of “life on planet Earth” intermingle like currents within the ocean. Because of the intermingling of different timelines and the frequencies of your changing reality, it is common for you, our ascending ones, to simultaneously experience more than one reality.

We left off, or are still experiencing, our interaction with our first contact person. It is very common for those living in a polarized reality to think that a unique experience can be a dangerous one. This is the cautious thinking that is necessary for life on a polarized reality.

We now remind you that our contact person’s last thoughts were, “He wants to tell me something, but I have a feeling I may not like what that is.  Fortunately, I have to go, so I can put this communication off for now.”

CONTACT PERSON CONTINUES:
I went through my morning with the feeling that the tall blond man with the blue eyes was watching me. Interestingly, his observation did not feel invasive. In fact, it felt quite comforting; as if some who loved me was over-looking me to make sure I was OK. However, I had never met this man before, so how could he love me? Nonetheless, he seemed to radiate love.

Eventually, the business of my day took over my mind and I forgot the man, as well as the feeling of love. After all, how often do people walk around feeling a radiation of love? By nighttime I had completely forgotten my experience of being protected by love and went to bed, too tired from my busy day to even reflect on what had happened.

Why did I remember all the boring, survival things and forget the feeling of love? However, I did realize that I was wishing that I had someone looking over me and sending me love. I fell off to sleep feeling depressed by the loneliness of my life.

I awoke the next morning at my usual time and drug myself out of bed. I was exhausted and felt like I had not slept a wink. However, I did remember feeling sorry for myself as a fell asleep. Then, when I got in the shower and felt the warm water hit my head, I remembered something.

For just a brief moment, I saw myself in a very large room with many people that I did not know. Even then, I still did not remember the tall blond man with the blue eyes. I was too busy. I had to go to get some breakfast. I had some calls to make and then I had to get ready for work. I had to go about my day, just like every day.

However, as I got out of the shower, I found that I did NOT want to have this day be just like every other day. Something had happened, but I could not quite remember it. I decided to put on my robe and meditate. Whatever had happened yesterday upset me a great deal. I had to find out what that was and release it so that I would not be grouchy all day.

I went into the other room, lit some candles and put on some soft music. The meditation meant that I would not have breakfast. I was hungry, in fact starving for something else. Unfortunately, I did not know what that something was.

I was surprised how quickly I went into a deep meditation. It was as if I was looking for something, or someone. With that thought I suddenly saw a tall man with blond hair and blue eyes.

I just got a short glimpse of him, and then I doubted myself. Just one second of doubt and the man disappeared. Of course, I knew he was not a real man, as he was just in my imagination. However, I wanted very much to spend some time with that imaginary man. Within that short glimpse I felt such love that I wanted to him to come back.

In fact, anger at my self felt normal. In a kind of sick way it felt comfortable. If I was angry with myself instead of being angry with others or the general condition of my life, then at least I was not a victim. And then I started to cry.

I cried and cried. In fact, I cried so much that I had to call in sick to work. I went back to bed and cried some more. Why was I crying? I could not possibly be crying because of an imaginary man that I kept forgetting.

But, my tears were about forgetting. While I lay in bed amongst my tears and misery, I realized that there was a lot I had forgotten. I could not remember what that "lot" was, but I felt the hole in my heart. There had to be more to life than running errands and doing work. There just had to be!

In fact, I remembered how I had an inside world and an outside world. Inside was filled with Faerie, Angels and people like the tall blond man with the blue eyes. Then I really cried. I sobbed until I could hardly breathe. Suddenly, I felt so very lonely—lonely for my inside life. How could I have forgotten what had made me happier than anything that I found in my outside life? With that thought, I fell into a restless sleep.

When I finally awoke it was mid-day. All I could remember was bits and pieces of a being back in that room with a group of people. Someone was talking to us. Actually, it was more that some thing was talking to us because it was certainly not human. In fact, it appeared to be a tall, glowing light that once in a while sent out a ray almost like an arm.

I was hypnotized by this Being and felt such love, not just coming from it, but also coming from me. I loved this being so very, much. It was not a romantic love, or even a human love. It was a spiritual love like I used to feel for the Being that looked just like that when I was a child.

It was then that I began to remember. Then, beyond my control I fell into a deep trance. I was in that room with the great Being speaking to us, and I was sitting beside the tall man with the blond hair and blue eyes.