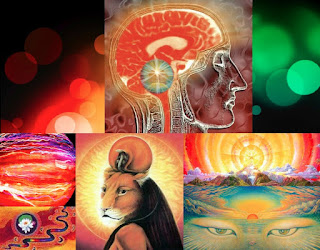 THE ARCTURIANS BEGIN:
Our dear ascending ones,
We will give you a brief introduction into the Loop of Consciousness that travels between the Seventh Dimensional Oversoul and your Super-subconscious mind. Your Oversoul contains information and pattern codes for every expression of form that you have carried in all your incarnations within the Milky Way Galaxy. This means, every incarnation you have ever had on any planets or dimensions within your current galaxy.

You Super-subconscious is limited to all your incarnations on Earth, but your Oversoul has no restrictions at all as it resonates far beyond the frequencies of any concept of limitation. The loop that we speak of is the connection between these two frequencies of consciousness as related to your personal choices of form, your Super-subconscious, and your galactic choices of form, your seventh dimensional Oversoul.

We have found that the most effective introduction any given state of consciousness is to have Mytre share his first conscious experience. We say “conscious” for these states of consciousness exist always, whether or not you are aware of them. Also, your Multidimensional SELF is infinitely aware of you all your expression of SELF from your Super-subconscious to your Oversoul. As you continue you continue your ascension process, you will be ready and able to access information within your own Multidimensional SELF that you never knew existed.

It is this level of awakening and awareness that is necessary to fully assist with planetary ascension. Remember, you are the planet and the planet is you. You represent a creature of Her world. Whenever you clear yourself, you clear Gaia. As you ascend, you will become aware of the many forms within the NOW of the Gaia’s ONE.

MYTRE SPEAKS:
Greetings again. It is wonderful to connect with all of you within our Unity and Collective Consciousness. As a Pleiadian, I was aware of alternate and parallel realities. However, before our ascension, I never considered that there were so many different expressions of my life force in so many different forms. I will explain this statement by sharing my first experience of the Super-subconscious.

During my initiation in the wilderness of our new, Pleiadian home, which I shared with Mytria, I had my first experience with the Super-subconscious. It was then that I learned to communicate directly with the planet. In fact, personal communication with your planet is one of the primary ways in which you, our Earth Friends, can assist your planet and your self.

When I began to study with the Arcturian aboard the Starship, I was called upon to move deeply into my subconscious in order to gain full mastery of my thoughts. It was then that I first became aware of the myriad talents hidden in my physical brain, in my Super-subconscious. As a pilot of Starships, I thought of the Super-subconscious as the “engine room” of my brain. If I wanted to boost the functioning of my daily life, I would need to go into the engine room of my brain and start up any unused power supplies.

These power supplies where the vast reservoirs of forgotten information from my past/alternate/parallel realities as a Pleiadian. It took extensive training in what you call meditation for me to access this area of my brain. I am not talking about my mind, as our brains live in our bodies and our bodies resonate within our “mind-field.”

At the culmination of each life, all the information gained within that life is stored in your Super-subconscious. This information is limited to your Homeworld, or actually the body type of our Homeworld, as different forms on different world have different types of realities.

Once we move beyond the confines of our planet, we keep this information stored in our deep subconscious to be brought to the surface when we are ready to transmute into Lightbody. The Super-subconscious is the “computer file” that collects all the necessary information that you have gained on all of your incarnations on your planet, so that you can assist that planet with its ascension into the higher expression of being a become a Galactic Being.

Being a Galactic Society does not necessarily mean planetary ascension, as it does in your current society. Actually, what is occurring on Earth is a very unique situation. However, the transition of the humanity’s collective consciousness from a planetary reality to a galactic reality represents a huge paradigm shift.

Fortunately, all the information that has ever been gained in any planetary incarnation is stored in the Sub-superconscious. The Super-subconscious, as it very primal, yet exceedingly advanced. In other words, this consciousness carries all the information regarding your evolutionary process from your most primal self and into the state of consciousness in which you are ready to expand beyond the physical world and into the fifth dimension and beyond.

However, I remind you that you are a Multidimensional Being. Therefore, there are many versions of YOU running within myriad dimensions, galaxies and planets. Your Super-subconscious is the holder for each particular world, whereas your Oversoul carries the information regarding ALL the realities of your Galactic Self.

I will begin with sharing the opening of my personal, Pleiadian file.

When the Arcturian came to me and told me that I was ready to view my Super-subconscious, I had no idea what it was talking about. Since, I trusted the Arcturian completely, I followed it into our well-used Holosuite. I was led into the dimly lit room and was asked to close my eyes and go into a deep state of meditation. Do to my training I was able to easily move into that state of consciousness.

I then felt the Arcturian touch the back of my head, just above the top of my neck area. Instantly, myriad pictures, thoughts, emotions and memories coursed through my thoughts in a swirling pattern of disorderly order. I wanted to attach my attention to one sensation, but I was becoming exceedingly dizzy.

My bodily sensations became confused, as did my orientation in space. I did not know if I was standing, siting, being still or moving around the room. It seemed that I was doing all of the above simultaneously. Besides that, I began to see, hear, smell and feel images, memories and sensation.

I was wondering how all this information could be of any use when it was presented in such a confusing fashion. Thus, I tried to push to information away, which only seemed to amplify it. That is when I heard the Arcturian say, “Move into your animal self.” I had not idea what it meant, but understood completely after it touched me again in that same area.

Inside my mind, I was calmly viewing a vast collage of differing experiences, sensations and memories. “Open your Eyes,” I heard the Arcturian say, but it was said without words. It was a telepathic message that seemed familiar and comfortable. When I opened my eyes, I saw around me what I had seen inside of my head, imagination, Super-subconscious.

I was experiencing the same images inside me, as we as around me. They all overlapped, flowed and joined into a Oneness, while each image also stood alone. As I looked through my eyes, I began to become overwhelmed and totally confused. The dizziness was returning and I was beginning to feel nauseated again.

“Return to your animal,” I telepathically heard the Arcturian. It took great effort to disengage my humanoid brain, but the Arcturian was not going to assist me this time. I was on my own and had to figure out how to BE the animal who did not question instead of the human who lived in doubt. The dizziness was becoming intolerable and my nausea was mounting.

I was on the verge of passing out when I realized that I was holding my breath. Why was I so afraid? I was a warrior. As I focused my thoughts on my self, I began to breathe. However, I was also losing touch with my animal self, as well as all that information. The word arrogance came into my mind. Of course, I was so much better than an animal, which was a way of ignoring that I was living inside an animal body.

When I realized what I was doing, I began to identify, not with my human self, but with my animal self that provided my consciousness a form. Somewhere in my series of incarnations I had developed a sense of superiority over the very form that allowed me to visit the third/fourth dimension.

No wonder I was dizzy. I was disconnected to the portion of my being that created a form through which I could experience this reality. I “heard” a smile from the Arcturian. Is it possible to hear a smile? Well, if I could perceive every animal form I had every inhabited, and there were many, I guess anything is possible.

As I settled into my animal nature, I began to understand the images around me in the Holosuite and inside my mind. I could not begin to translate my understanding into a human language. Nonetheless, certain locks seemed to open in my brain.

The key to open these locks was to release my attachment to the arrogance and sense of superiority of my humanoid nature and BE my animal.
Mytre
Posted by Suzanne Lie, PhD at 11:35 PM