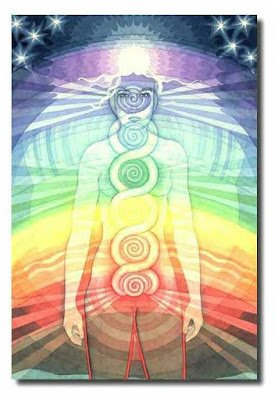 Suzanne Lie and the Galactics

You may wonder why I did not sign by the Arcturians or other Galactic friends, but this message is about our human self, our third and fourth dimensional expression of our human self.

Yes, we are not JUST human, and right now our Higher, Galactic Self may be coming into our awareness because we are in the process of  “putting one foot, and then the next foot” forward as we try to “Calmly” walk through our “Every Day Life!”

The “Calmly” part is not as easy as it was before our world was filled with a deadly pandemic. Hence, the “calmly” part may need some meditation. During that meditation we may find that our “calm self” needs to be honored and listened to by our “every day self.”

But now our every day life is no longer “every day” because we are slowly, or quickly, realizing that Gaia’s ENTIRE planet is sick. The question is, “Are we sick and tired because humans are sick, OR are humans sick because Gaia is sick and tired?”

Of course, it is not too likely that we will be getting that answer anytime soon. Therefore, one of the most comforting things that we can do is to:

CARRY ON WITH OUR EVERY DAY LIFE

Of course the meaning of our “every day life” has greatly changed, but we all need to “carry on” with whatever faith and courage that we can find within, from our loved ones, and from our deep love for our Planetary Mother—Gaia!

Can we change, or rather, expand. our “everyday life” to encompass our beloved Mother Planet Gaia?  Can we take Gaia to the Laundry Room while we try to “normally” do the wash?

Can we take Gaia with us when we diaper the baby, or try to keep you bored teenager calm and helpful?  Now, many families are together 24/7, which can be a challenge for every one.

However, many, if not most of you, are finding ways to keep your home life calm, happy and relaxed. But how can the frightened adults keep happy and relaxed when their children, are going stir crazy?

On the other hand, when you are in your home and your family is with you, there is a security and sense of comfort that you are NOT alone. Thank “heavens” there are telephones, televisions, games, and hopefully some art supplies, an instrument to play, and good books to read.

On the other hand, when you are out in the world, you are aware that you need to keep track of your behavior, your actions, and even what you choose to say, as the world is quite frightened and freighting within this NOW.

But, when you are ONLY with the same people all the time, without being able to go outside, or sometimes, even go into your own yard, everyone in that house will see exactly how every one’s behavior affects every one else.

How will family systems change after being together, with just each other, all the time? Likely, and hopefully, all the members who are living together will learn more about their self while in a difficult situation, and more about the people with whom they are sharing this experience.

And, what are the consequences when one does NOT observe the
“stay sheltered in your home” mandate?  It is likely best that no one chooses to take that risk.

Of course, people can go into their garage, and go into their car to drive around with the Air Conditioning on. And, what a treat that may be when a bit of “normal life” seems to come back.

But, what does “normal life” mean? In fact, normal life would likely be different for different people. Also, nothing is really “normal” right now, and that is good. We NEVER want something like this, pandemic to be “normal.”

Likely, most people live different versions of their “normal life.” However, now, many people are choosing to “shelter in place,” which is very important that they do. This is a now in which everyone need to think of everyone else, and not just their own self.

Was this pandemic brought on by planetary issues, or did the humans bring on Gaia’s sickness? And, does that really matter in the NOW?

In this NOW we are in the midst of a Planetary Event that no one knew about, except for the few who knew, and often could not find anyone to listen to them.

What have we learned form this “Planetary Experience?” And, how will WE, the humans of this Gaia’s Earth, change our perceptions from being a “human being” who lives on the planet into a “planetary being” who is currently wearing a third dimensional vessel?

Dear Gaia has been greatly endangered by humanity—Chernobyl, World Wars, disrespect for Gaia’s nature and humanity’s inability to recognize that Gaia is a living being, and  we are ALL meant to be the protector of Gaia rather than those humans who have greatly damaged their own Planetary Mother.

Dear humans of Gaia’s Earth,
We, The Inter-dimensional Galactics, are the members of the fourth, fifth, and beyond planes of reality. WE Galactic members of your own fifth dimensional SELF, wish to remind you that you ALL humans have a Higher Dimensional SELF.

Yes, there are some humans (likely too many humans) who got lost in the many challenges of third dimensional life. However, there are also many, many humans who remembered their own Higher Dimensional SELF.

At first, those memories were far away and difficult to understand, but even the thought of their own Higher Self, expanded their consciousness enough to begin to remember.

At first, this process of remembering was very dim, but if they stayed with the process, and most important, stayed with their innate memories, there was more and more to perceive and embrace as a deep inner TRUTH, began to arise within their memory.

As they begin to remember that which had always been unknown, they wanted to find out “more” and more about their dreams and meditations.

Often these “dreams and meditations,” were real interactions and real inter-communications with higher dimensional beings. In this manner, more and more of the awakening ones became aware that these beings were actually higher components of their own Higher SELF.

Often, humans did not think in terms of their “Higher SELF,” but often their Higher SELF was persistent and continually entered the heart and mind of their Galactic Friend or Family, who had volunteered to take on a human earth vessel in order to assist Earth, who had been deeply wounded.

The sad part is that most of Gaia’s wounding came from the very human beings who were meant to be Gaia’s care givers. Fortunately, the early members of Gaia’s planetary world worshiped Gaia and became the guardians that they were meant to be.

But unfortunately, it was the “logical people” who could not believe that Gaia and all her Nature, was alive and dependent on the humans to protect HER.

Fortunately, the “primitive” people did protect Gaia, but as the humans became more “centered” on their own selves, their own stuff, their own needs, and their own people that were important to them.

However, as humans move through these difficult times of “Planetary Change,” they too must change.  Fortunately, more and more humans are beginning to remember that Humanity was meant to be the caregivers of Gaia.

As more and more humans awaken to their own Higher Dimensional SELF, they are remembering the reason that they chose to take a physical body within this NOW.

Once one is able to remember their true Higher Dimensional SELF, their ability to use more and more of the innate fourth and fifth dimensional qualities comes to the surface of their perceptual fields and their own “sense of SELF.”

ALL “primitive” humanity once had their innate Multidimensional Awareness of SELF, but have lost it – mostly in their third dimensional greed and selfishness.

Fortunately, many, many humans were able to stay above greed and selfishness and have, and will continue to have, the memory of their own Higher Self and the abilities that are waiting in the nine/tens of their unused, and innate, brain power.

“But how does one use this innate brain power in their every day life?” we hear you ask.

Our answer is,
“Please remember to ask your own Higher Dimensional SELF!”
Posted by Suzanne Lie at 3:50 PM