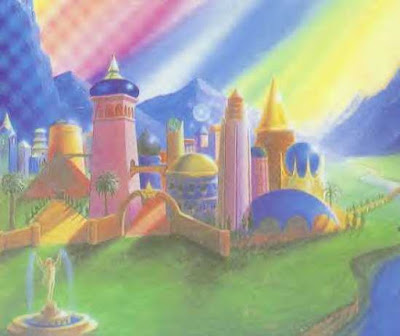 The Arcturians
Through Suzanne Lie

Dear  Arcturian,
Do you have a message for me today.

Dear Suzille,
Yes, we always have a message for those of you who pass on our information to others.
We see that there are many challenges within your third dimensional reality. An important component for these many changes is that Gaia, the beloved planet on which the humans live, is going through many transitions.

Many humans think that dear Gaia, the living being known as “Mother Earth,” is currently preparing, and also is nowgoing through, many changes. It is true that within this NOW of Gaia changing, that humanity is changing, as well.

You see, dear human ones, Gaia is a living being in the same manner as you humans are living beings. However, far too many humans, especially certain humans in higher places, have forgotten that they took a human incarnation within this now to assist Gaia with Her changes towards HER Planetary Ascension.

On the other hand, there are also humans who are aware that they, the humans who have chosen to take an earth vessel on Gaia during this time of transition, are sensing a change in the  energy fields of the planet Gaia on which they live.

Some humans feel strongly enough in their higher/inner perceptions that they will share their information with others. But, many humans are afraid that others will mock them for thinking of dear Gaia as a living being, rather than a big, circular rock. This is because there are also humans who are not aware that Gaia is a living being in the same manner that they, the humans, are living beings.

Therefore, those who do NOT perceive Gaia as a living being have no problem with harming Gaia’s land, dumping their human waste, which is huge, into the ocean, the earth, and allowing the tainted energies to move into Gaia’s sky and atmosphere.

The reason why many fifth dimensional beings, and beyond, are taking third/fourth dimensional forms is because they want to assist Gaia during Her NOW of planetary transition into a higher frequency of resonance.

They are also coming to assist Gaia because many, if not most, humans do NOT think of themselves as choosing to take an incarnation on third dimensional Gaia. This thinking is because most humans cannot remember their lives on the fourth, fifth and beyond dimensions, as well as their lives on their fifth dimensional Homeworld or Starship.

Therefore, they FORGET the higher frequencies of their own Multidimensional SELF, and only remember their third dimensional childhood and forward. However, fortunately, more and more humans are beginning to remember that there just may be something, somewhere and/or someone that feels VERY familiar, who seems to be of a higher frequency.

Simultaneously, they feel much like this someone, somewhere is very close to them. Some humans remember playing with this “imaginary being” when then were children. But, when they “grew up” they no longer believed in those childhood fantasies.

However, there are also humans who are born with, or may even find their adult selves in a situation in which they are beginning to dream about, remember, or even wish for, a different, higher, totally loving inner reality.

At first, this “remembering” seems like a dream that they must have had, but it is almost completely forgotten. In fact, it may seem that all that is left of this “dream,” is a vague memory of some place or some thing, or maybe even some one, who is kinder, more loving, deeply centered and fully awakened.

“That can’t be any part of me!” they think, trying not to be conceited. But what does conceited mean? The human thesaurus says it means: proud, smug, arrogant or even acting superior.

However, the humans who are actually Galactics that have chosen to take an earth vessel to assist Gaia in Her Planetary time of great need, are quickly, or slowly, remembering that “being conceited” is just a third dimension term that does not seem to be a part of the other/higher reality that they are somehow remembering.

However, many of these “remembering ones” must not tell anyone else who they think they really are, or they would be “conceited.” Worse yet, if one were to reveal the inner fact that they have “remembered” about their higher dimensional origin, they may even be consider to be “crazy.”

It is for this reason that, we, the members of your Galactic Family, have come into your NOW to remind you that: YOU ARE CORRECT!YES, YOU are Galactic Beings whose Home Worlds are in the fourth, fifth and beyond, higher frequency of reality.

It is important for you, “The Awakening Ones,” to remember that those of you who are able to connect with your own fifth dimensional expression of SELF, have chosen/volunteered to take a third dimensional earth vessel so that you could understand and assist the other humans who also believe that they are only third dimensional.

What most humans do NOT understand is that Gaia—Earth—is NOT just a third dimensional planet. Gaia, Earth, is also a multidimensional being, just like all of her inhabitants that have taken seemingly third dimensional forms on Gaia so that they can assist Her to return to Her true fifth dimensional and beyond Planetary SELF.

You FORGOT your Starship that took you to Earth in order to assist Gaia with Her Planetary Ascension, AND, you forgot your own Multidimensional SELF who piloted and/or rode in a fifth dimensional Starship.

Therefore, you do not look forward to the future or regret your past, as there is only the NOW of what is often called on Earth “no time.”

It is for this reason that many of our brave warriors for the LIGHT who chose to take an earth vessel, got lost in the “time” of the third dimension. Then, they forgot that they never needed to wait for anything to occur because there is no “waiting” within the fifth dimensional NOW.

When all creation was formed as a fifth dimensional reality, there was not “time” to wait for that creation to be decided on, studied, slowly created and/or finally completed. Instead, the thought became a “thought-form,” which was then filled with “Unconditional Love,” which is the innate creative force of the fifth dimension and beyond.

Once the format of the “thought form” was filled with the creative powers of “Unconditional Love,” the creation was completed. Then, the more “individual beings” who joined into “ONE unified being” the stronger, larger and more powerful was the creation.

We, the Arcturians, realize that it is difficult for our brave beings who volunteered to take an earth vessel to protect, and actually to rescue, our dear Planetary Friend, Gaia, to remember they too—in fact YOU TOO—are among the Ones who chose to take an incarnation on our beloved, planetary friend, Gaia!

Gaia wants all of her beloved human friends, many of them who are Galactics, to accept the Multidimensional Light and Unconditional Love that we send to you with our every thought. We miss you and hope that soon YOU too will remember how to communicate with us while you are still wearing your third dimensional earth vessel.

We lovingly ask that when you remember that higher/inter-dimensional communication, please, assist others to remember it as well.

Blessings
Your Galactic Family
Posted by Suzanne Lie at 11:12 PM