The Process of Planetary Ascension--The Arcturians through Suzanne Lie

The Process of Planetary Ascension 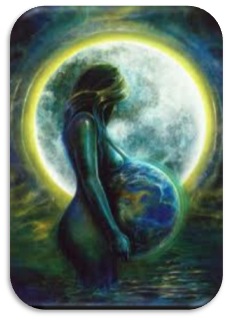 The Arcturians through Suzanne Lie
Dear One,
Please pass on a message through me, to the Higher Ones who are still wearing their human disguise. I realize that many of us are higher dimensional beings who have volunteered to take a third-dimensional vessel so that we can better assist Gaia as She moves into and through Her process of “planetary Ascension.”

Few humans are aware that they are, indeed, Galactic Beings who volunteered to take a third-dimensional earth vessel to better assist Gaia with Her Planetary Ascension. “What is a Planetary Ascension?” we hear you ask.  Planetary ascension is much like a human ascension but it is on a much larger scale.

A Planetary Ascension can only “begin to occur” when over 51% of the humans on Earth begins their “Return to their true Multidimensional SELF.” There are two questions to be answered here. What is Planetary Ascension? And Why do 51% of humans need to “begin their personal ascension?”

Question #3—What is Ascension?
Ascension is the process in which a person, place, situation and/or planet takes a cosmic leap into the Operating System of the next Octave of Reality, which, in Earth’s and humanity’s case is the fifth dimension.

Initially, the group, persons, places, animals, water and/or air beings decide that they are ready to transmute into the next frequency of reality. But, can one tell what that next frequency is, and how can we tell that that “Cosmic Leap” has occurred.

The answer is that the shift is felt! You may first “feel” the shift within your own heart and mind. Many of you will notice this “shift” in the animals, plants, fish, insects, and all you as Gaia begins to shift into a higher frequency of reality.

At first, this change may frighten them, but as the Unconditional Love of the fifth dimension, and beyond, enters the “being” of Gaia and ALL Her inhabitants, each being, no matter how large or small, will feel that something is changing.

What is changing is that the third/fourth-dimensional reality that has ruled Earth and all her inhabitants, no matter how small or large, are feeling a shift in their heart, mind, physical form and reality. This “shift” is the initiation into a higher frequency of reality.

The heart and mind is the core of the “Primary Operating System” of every person, place situation and thing. Yes, even the smallest of all beings, as well as the entire planet, have their own Operating System.

Each Operating System is designed to keep that being, and/or the entire planet, in alignment that their “Reason for Embodiment.” This reason for embodiment is what allows and activates the urge to grow, expand, and then transmute, into a higher frequency of expression.

What does “transmute mean?” Transmute does not just mean to change, but to shift into a higher frequency of resonance. The transmutation of form, mind, emotions, as well all beings, create an alignment with ALL life.

Whether this alignment is with a small bird, a huge Eagle or a sense of unity with all life on Gaia, the experience of “sharing a sense of moving into a higher frequency” begins to arise in all Gaia’s beings, such as Her earth, air, fire, and water. Bees, birds ants, fish, clouds, mountains, and forest will also feel an expanding “sense of Unity.”

However, all humans do not have that sense of “Unity Consciousness.”  The humans who do have this sense of Unity Consciousness are often those that follow their need to give to and to receive love. These people often follow the “tribal unity” of deep caring for Gaia’s Earth, Air, Water, and Gaia’s deep inner “spirit of fire.”

Interestingly, those who appear to have the most “stuff” often have the least Unity Consciousness. This is often because one’s consciousness does not arrive from what one does, but from that which one loves.

Love is the key to higher consciousness because love is about sharing, listening and speaking one’s truth from their heart. In fact, love is much like a marriage in that love takes a vow of, “I will always love you?” Of course, many humans break that vow, but the mountains always love the sky and the rivers always love the rain. In other words, Love—TRUE LOVE—endures.

“But, what is love?” the humans may ask. Perhaps, they will not know that answer until they can sway like a tree in the wind, expand like the lake after the rain, surrender like the falling rain as it meets the earth and lives in unity like the animals of a heard.

Also, all of the animal kingdoms love Gaia exactly as She is. They do not need to change Her or make Her better. They are ONE with Gaia and Gaia is ONE with them. Love, true love, only knows the truth.

“But, what is the truth?” humans may ask. However, they do not get that answer until they can enjoy the tree as it sways with the wind. Enjoy the lake as it expands and absorbs the falling rain, feels the falling rain on their body, and walk through the forest like an animal.

Gaia does not think in terms of better or best. Gaia “IS,” and she allows all life to be what it IS. Gaia’s love is within the NOW of NO time and NO place. All is All and All IS. In fact, All is All in the NOW of the ONE.

Nature does not know the past or future and before or after. Gaia knows only NOW.
How often do humans ask
Who am I Now?
What am I doing NOW?
Where am I going NOW?
How will I get there NOW?
The Answer is:
You have always been
Someone
Some time
Someplace
Somewhere
Somehow

In fact within the time, the places, the where, the when and the how, you are also merging with, and into, the other times, other places, other feelings, other ideas, and other beings.

It is in this manner that YOU become HERE in the ONE of the NOW!
We say the "ONE" because, on Gaia, you are truly ONE!

All the beings of Gaia resonate to the Heart and Soul of Gaia. Yes, Gaia –also known as Earth—is a special planet in that Gaia is the consciousness of Earth, and She shares Her Planetary Consciousness with ALL of humanity.

Now, can humanity share their human consciousness with Gaia?

Dr. Suzanne Lie is eager to assist with your personal awakening and is available to provide personal readings from the Arcturians.

Personal Readings are NOW available for $250. All readings will be for one hour.

To sign up for a reading, please email me at suelie@me.com
Have a great day, and I look forward to our session!
Sue Lie