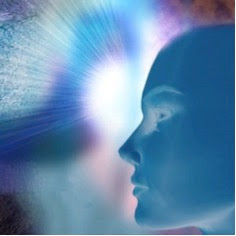 A message from the past about the future!

(This Arcturian message from 9-17-15 patiently waited somewhere in my computer for almost four years. It popped out at me today and called me to share it. Therefore I am sharing it NOW. Sue)

Collapsing Time Into the NOW of KNOWING
Message from The Arcturians

SEE BELOW MESSAGE FROM 9-17-15
(Do you remember where, and who, you were then? I sure can’t!
But I will take the challenge to honor that moment of that NOW.)

At first “knowing” feels similar to remembering, but as you increasingly realize that remembering had doubt, whereas knowing just “IS,” you can “feel the difference.” In other words, when you KNOW, you are free of doubt, but when you remember, the challenge of “remembering correctly comes into your consciousness.

However, being free of doubt can also be difficult as there is nowhere to hide within you doubt. It is then that you can feel completely vulnerable in your daily process of full disclosure of all that has blocked your ascension so far.

Therefore, this “freedom of doubt” also has a liberating feeling. Most people have no idea how much their doubt has interfered with their life. This may have occurred because most people have never lived without some form of doubt.

We, the Arcturians, wish to remind you that freedom from doubt allows you to progress deeper and deeper into the NOW the remembering the “knowing” that was always there but was too often forgotten.

Remembering is a time-based concept because you perceive your self in the present while you begin to remember the past and ponder the future. Therefore, remembering is a third/fourth-dimensional construct.

We use the word “construct” because your third/fourth-dimensional brain has constructed a “barrier” around unsafe memories from your past. That “past” could have been yesterday or myriad lives before your present third-dimensional incarnation.

However, as third/fourth-dimensional time begins to collapse, it is replaced with the “no-time” of fifth dimensional NOW. In other words, as the third/dimensional time slowly unravels within the synapses of your physical brain, you begin to search for what you believe you have lost.

It is within this searching that you begin to find your Higher SELF. Your Higher SELF will likely be a Galactic and/or a Celestial being, as you ALL have lived many versions of your Multidimensional SELF through your many incarnations.

The versions of your Multidimensional SELF that you will first remember will likely be the ones with whom you have been consciously, or unconsciously, communicating with for the “long time” of your many third dimensional incarnations on Gaia’s

If you have been consciously communicating with your expanded SELF, you may, or may not, have recognized that this “SELF” resonates to a higher dimensional expression of your own, too often forgotten, Multidimensional SELF.

Once you realize that YOU, the one who is wearing the 3D earth vessel, is just one of the myriad versions of your true, Multidimensional SELF, the experience of releasing and/or losing, time, will greatly accelerate.

It is then that you will increasingly realize that you are going through the familiar process of growing up. However, this “growing up,” is not just the growing up of your physical body as that body shifts from infant, to baby, to toddler, to child, to teen, and to adult. Within the NOW of this new “sense of maturation,” you are literally “growing UP” in frequency.

We say “frequency of perceptions” as most humans experience their reality via the perceptions of that which is around and within their third dimensional, and sometimes fourth dimensional, reality.

However, as Gaia resonates more and more to the fifth dimension of reality, those who reside on Gaia’s Planetary Body will also think more in terms of a fifth-dimensional reality.

In fact, once your consciousness expands to even encompass the mid-planes of the fourth dimension, you will realize how very child-like you were when you limited your sense of SELF to the third dimension.

However, the third-dimensional matrix is becoming too constricting for Gaia’s expanding frequencies of Earth. Therefore, Gaia will shed her lower frequencies, much like a hermit crab sheds their shells, which they have outgrown.

However, Gaia will not “leave her shell on the ocean floor” like a hermit crab. Instead, that “old fashioned 3D Matrix” will be relocated to another, a younger planet whose primary resonance will remain in the third dimension for many millennia. Those whose only reality is limited to their awareness of the third-dimensional matrix will have the third-dimensional time to continue their process of returning to their higher dimensional versions of SELF.

Those who remain with the ascending version of Gaia, may or may not, be aware of those who have stayed on Gaia’s third/fourth dimension of reality. The reason for this lack of awareness will be because the transmuting, third dimension will be fully involved in their own experience of shifting into a higher dimensional reality.

Just as a Mother would leave her child with a “baby sitter” while she is at work and/or learning something new, Gaia has been “at work with Her Planetary Ascension” while the unaware member of humanity continued with their “normal” 3D life.

However, there are those who wish to return to their Multidimensional SELF in a conscious manner. In fact, more and more of humanity is beginning to “remember.” They may not understand what they are remembering, but they know that something important
is starting to occur.

In fact, those who are ready to make that shift, are already moving into very different lifestyles and versions of reality. Most of those who have chosen to return to their higher dimensional expression of SELF have learned that it is their duty to Gaia, and to Gaia’s reality, that they assist with the process of Planetary Ascension.

The awakened ones have realized that many people, places, and experiences are still bound to the 3D Matrix and are not ready to commune with and/or follow their own Higher Guidance.

On the other hand, most of the ascending ones, have been aware of the “release process” that has been occurring beyond what their 3D self would call “time.” In fact, these awakening ones have lived within an ever-accelerating process of “letting go” of that which binds them to the 3D Matrix.

Therefore, many of you are connecting with your Higher Dimensional SELF either via meditation and/or by daily communications. At first, your third-dimensional brain doubted these communications, but NOW your brain is adapting to, and learning how to live within, and communicate with, these ever-expanding frequencies of higher dimensional versions of reality.

In fact, many of you are increasingly seeking guidance from within your own Higher Dimensional SELF. This inner guidance is preparing you for the shift from the third dimensional operating of time and separation to the “Multidimensional Operating System” which is based, NOT on time, but rather on the “HERE and NOW Unity with ALL life.”

More and more, your “individual self” is uniting with the “waves of multidimensional energy fields and thought forms.”As more and more of you participate in this collective experience, this “multidimensional wave” will be expanding enough to “grab the attention” of many who have been trapped in the third-dimensional illusion.

Therefore, we ask that you, the ones who are fully awakened and ready for active duty, assist the newly awakening ones in whatever manner you chose before you took this incarnation.

We, the Galactics, need your help because Gaia is a “free will” planet. Therefore, the members of Her planet must create their own reality. We know that, to many of you, it does not appear that you have created your own reality.

But that is because you were lost to the “power over others” virus that invaded Gaia’s operating system long, long ago.

Gaia chose the very difficult operating system of “free will.” Free will is beautiful when guided by Power-Within SELF and Unconditional Love. However, that free will is very difficult when tainted by any need to have power over others and/or any other fear-based emotions of control over others.

It is for this reason, that so many Galactic and Celestial beings are actively assisting Gaia. We have discovered that too many humans are still too lost in illusion to be able to believe that there are many landings within your NOW.

Therefore, since we Galactics do NOT want to create any more fear to enter into the consciousness of humanity, we are very careful to only reveal ourselves to those who are ready to “remember what they forgot.”

Hence, many of our emissaries of LIGHT have chosen to actually take a human body to work from within the 3D operating system. It was a very long and difficult assignment for many of us, but we are now beginning to see the results.

Whereas once the “sightings” of our crafts brought terror and threats of war, some of these “sightings” are now welcomed with joy and hope. Dear members of Gaia’s ascending Earth, we commend you on your magnificent RETURN TO SELF.

Therefore, we are continuing our “Transmissions to Earth.” In fact, we are now sending our messages to those of you who are willing to accept and translate our Light Language messages so that more and more awakening humans will be able to find, read, and share with others the higher dimensional messages that they are able to receive and share.

We are presenting these messages in this fashion to encourage ALL of you to remember how YOU are receiving our Light Language, and how YOU are beginning to translate these fifth-dimensional messages into your 3D language in order to better share your message with others.

The message did not really end. It just stopped, as if it was now OUR message that WE most understand, share with others, meditate on, and—most important—go inside our SELF to find the message that we chose to share before we took this incarnation.

Good luck and Happy Hunting for your SELF. We, the Arcturians, would greatly appreciate if you share that which you have discovered with others. You can share your message by writing on this blog’s comment section, and/or by sharing your comments with others in whatever manner that resonates to YOUR Heart and Soul.

Blessings from the Arcturians! We bless ALL our grounded ones for the years service and the courage that it has taken you to enter into this NOW of:

Collapsing Time Into the NOW of KNOWING

We, the Arcturians, thank you for your awakening
And for your courage to share that process with others.
It is through the loving, courageous sharing of YOUR Awakening
that will assist others to also share their Awakening.

We, the Arcturians, thank you for Awakening within this NOW!