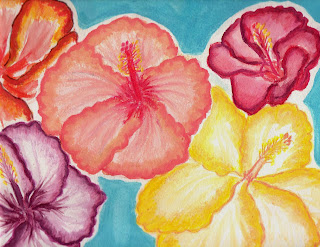 It may take a while for you to recognize the “feel” of unconditional love, as it is far too rare in your third dimensional reality. But, close your eyes, open your heart, and take a long, slow, deep, breath! Now, you are ready to better understand Unconditional Love.

Unconditional Love is the vibration that can create a vibration that is high enough to allow your consciousness to resonate to the fifth dimension. So that you will not be frightened, we are reminding all of you that our Ships will be entering your perceptual fields more and more.

Also, we will be talking with you all more often, so that you will have a sense of joy and even jubilation when you see us in your skies. We see that more of you are expanding your consciousness to the degree that you can see our Ships. Of course, on the other hand, there are more people that are frightened by the concept of our Ships as they are afraid that we will hurt them.

However, change is coming to Gaia’s Earth, and those who have enjoyed their “power over others” will not be happy when humanity begins to remember, and use, their own “power within.” In fact, many of the “power within” leaders are having a “face off” with the “power over” leaders.

However, we often show our higher fourth and fifth dimensional frequency, as people who perceive ships at that frequency have a higher state of consciousness. We mostly stay away from any third dimensional exposure to Earth, as there are too many people who would become frightened, or would try to shoot us down.

Of course, they could not “shoot us down,” but they may frighten others, or their weapons could hit something else and harm others. Reality is specific for each person's state of mind, and level of consciousness. Therefore, some people have spent their lives finding ways to educate people that Gaia is a living being and that humanity has been treading it VERY poorly.

These advanced beings are very dedicated to Gaia and to Her efforts to ascend Her Planetary Self. Many of these “beings in human form” came to planet Earth to assist with Gaia’s Planetary Ascension. These fifth dimensional Ones also come to Earth for the entire Solar System.

As many humans may not know, any time a planet is able to ascend—raise its resonant frequency to the fifth dimension—the entire Solar System benefits from the flow of fifth dimensional light.

Therefore, we Galactics applaud the valiant attempts of the “Awakened Ones” to participate in the great honor of merging their higher, fourth and fifth dimensional personal consciousness with Gaia’s planetary consciousness.

We Pleiadians, as well as our Arcturian and other Galactic friends, thank you for your “higher dimensional service.” Please remember that Gaia is a “planetary school” who has volunteered to teach humanity that “energy out is energy back.”

Gaia also has on her curriculum coursesways to assist Her “students” to release the third/fourth dimensional illusion of “time and space.” Once that illusion is released, Gaia and Her inhabitants will remember how to return to their innate fifth dimensional Operating System of Here and NOW.

We, your Galactic Family, want to remind you that we are HERE within your NOW to assist you with this evolutionary shift.

Call us! We WILL answer! In Fact, we send you Unconditional Love,
as this is the NOW for Introspection and Integration as there are

Retrograde planets represent a NOW of introspection and integration

Message from the Arcturians

Time of introspection and integration

Dear Ascending Ones,
We, the Arcturians, remind you that you have within your ability to ask your own Higher SELF, as well as we the Arcturians, about the eight retrogrades within the year of 2018. We wish to remind you all that the truth is out there, but you must be willing to look for it in order to find it.
Personal changes expand your consciousness,


and as your consciousness expands, so does your Heart and Mind!

Unconditional Love from your Galactic Family in the fifth dimension and beyond!
Posted by Suzanne Lie at 12:17 PM