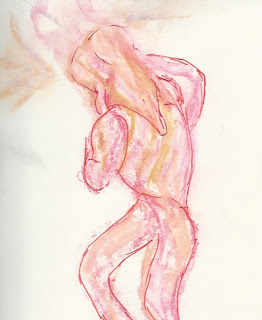 There is only a small percentage of humanity who actually realizes what is actually occurring, but more and more of you are “filling in the blanks” of that which has formerly been the “unknown” with your own personal perspectives of how life appears so different, yet simultaneously, the same as ever.

Before this NOW, the concepts that you are able receive, understand and even act on, would have been lost in the third dimensional clutter of “getting through life.”

Yes, there are still many dear humans who are still lost in the third dimension, but more and more, their friends, family, co-workers and even strangers will say or do something that will activate their Higher Dimensional SELF.

Once one’s Higher Dimensional SELF, which means the frequencies of their human vessel that resonate to the fifth dimension and beyond, is jarred into awakening, your consciousness will expand enough for you to “know” that you are connected to a higher frequency of reality.

When you are “nose to the grindstone” and working on 3D chores, you forget your Multidimensional SELF and align only with the third dimensional vessel that you are wearing during your visits to the physical plane.

We, the Arcturians, commend you for the great courage it took for you to leave your higher dimensional Starships or Home worlds to take a third dimensional earth vessel in order to assist dear planet Gaia. While you are in your higher states of consciousness, all of you can remember the early times of your Homeworld in which the frequency of reality was still pinned to the third and lower fourth dimensions.

It is because of these memories that you, brave volunteers, decided to take an earth vessel to assist with the planetary ascension of Earth, who is known as Gaia, in the higher worlds. You, the volunteers, came to Earth, and are NOW awakening to your innate fifth dimensional consciousness.

There is no right or wrong way to be creative. In fact, when you are allowing your innate, inner fifth dimensional SELF to guide your life, you discover a steady stream of inspiration, creativity, imagination, and most important, the need to give SERVICE TO OTHERS.

At first, your third/fourth dimensional consciousness, thoughts, and emotions may be confused by the sudden changes in your thoughts, emotions, actions and behaviors. However, as these new, fifth dimensional expressions of SELF comes “on-line” in your daily life, you begin to have dreams, and/or meditations.

In these dreams and imagination, you perceive your self  on a Starship, or on a different planet, which feels much like Home. At first, you are sure you cannot share these dreams with anyone. However, over time, you find you cannot wait any longer.

Then, when someone else makes even a vague remark regarding this topic, you find that you are “speaking your truth” before you can stop your self.

It is in this manner that you discover people who are having similar experiences. When this occurs, you feel that you can openly share your fifth dimensional inspirations, creations, imaginations, as well as the information that your third/fourth dimensional self cannot, yet, remember.

Usually, your third dimensional self cannot understand this information because you have not yet integrated your higher dimensional thinking into your daily life. This information is usually first stored in your more creative Right Hemisphere.

Also, since your right brain prefers to interpret reality first via imagination, dreams and meditations, you begin to have a greater urge to be creative in your daily life. In other words, you are unconsciously merging your right and left brain thinking into “Whole Brain Thinking.” As you become more and more comfortable with Whole Brain Thinking, you find more and more ways in which you can integrate your fifth dimensional inspiration and creativity into your daily life.

When you release and live more and more of your creative self in your daily life, you begin to establish conscious communication with your Higher Dimensional Expressions of SELF.  In other words, your fifth dimensional self, who you could seldom hear, merges with your fourth dimensional self to fill your dreams and creative projects.

It is then that your two hemispheres begin to work as ONE. As this occurs, you can remember more and more of your dreams, your creative ideas, your deepest desires, and your innate creative skills.

Most important, because your Creative SELF is increasingly merging with your daily 3D SELF, you are finding ways to integrate your creativity and higher dimensional messages into your daily life. The synapses of your brain begin to fire faster and faster to accommodate the increasing flow of fifth dimensional, and beyond, messages.

These higher dimensional messages put you into constant contact with your creativity, and with the Unity Consciousness that is normal in the fifth dimensional and beyond realities.

Now, your perceptions, as well as your consciousness, are transmuting into the fifth dimension. You also begin to “hear higher dimensional voices” as they assist you to perceive reality from the perspective of the fifth dimension and beyond.

However, the threshold of the fifth dimension is a great “Bridge to Freedom” in that you have an opportunity to consciously communicate with your own higher dimensional expressions of SELF.

These “inter-dimensional messages” open your consciousness up to remember your life on a Starship, on your Homeworld, as well as other planets and even higher frequencies of reality.

Then, as you are able to “download” this information into your earth vessel, you will remember many of your higher dimensional realities, as well as why you chose to take an earth vessel during this important NOW of planetary transmutation.

Please be aware that the activation of all these innate powers is up to YOU. If you do NOT feel ready to receive and digest these truths, than you will not remember them until you ARE ready.  The choice is yours!

When you decide that you are ready to awaken you own inner, Multidimensional SELF, it is vital that you create a regular meditation process, which includes writing down your dreams and studying whatever books or messages you are drawn to.

This “caste in steel” routine of “meeting with your SELF” will absolutely change your life in ways you cannot remember. First off, you will establish such an intimate relationship with your higher expressions of SELF that you will never feel alone again.

You will know that whenever you need guidance, you have prepared and opened the Portal through which you can interact with your “SELF” who resonates to higher dimensions, higher worlds, the Starships that circle your planet, and other humans who have also remembered their “Gift.”

We call this a “Gift” because you do not have to be “good enough to deserve it.” It is YOU in a higher dimension of reality. However, if one misuses this gift, they will personally receive all the negative feedback.

It is the NOW for humanity to WAKE UP to their true Multidimensional SELF and Multidimensional gifts and talents. If you are reading this article, you are likely one of the ONES who chose to take an earth vessel within the NOW to assist with Planetary Ascension.

Please remember that Gaia is a Cause and Effect Planet. Earth is a School to teach beings that the energy they put out is the exact energy that they put out. Yes, there are Initiations in which each human has an opportunity to clear any darkness that they have left on the body of Gaia.

Gaia has been a “free will” planet. Therefore, Her “operating system” has been “energy out – equals energy back.” In other words, humans on Earth learn by their behavior, thoughts and emotions from other times and other lives by getting it BACK to them selves.

It is vital to NOT be a victim, as victims do not realize that THEY are the creators of their lives. Now, some wonderful people have had difficult lives and selfish, mean people have seemed to have easy lives.

However, that is just while they are wearing their third dimensional vessel. Once they cross over into the fourth dimensional Astral Plane, EVERYTHING that they have “put out” during their incarnation will “come back to them—the creator of that situation.”

Therefore, some wonderful, kind and loving people who seemed to have had a difficult life, will get back all the love and kindness that they created during their incarnation. Also, those who lived by domination and greed, will find they are dominated and very poor.

These are not punishments in any fashion. Whenever a Soul chooses to take an incarnation on Earth, they are informed that it is a free will planet, and that the energy they put out is the energy they will receive.

However, most people have past lives that they are choosing to clear during their incarnation, or they may wish to contribute greatly to Earth, which brings them into the eyes of the dark ones.

We leave you with the blessing that you are ALL Multidimensional. Therefore, you ALL have a Light body in the higher dimensions, and some of you can even activate your Lightbody while wearing your earth vessel.

WE, your Galactic Family, are HERE in your NOW to assist you with your personal and planetary ascension. All you need do is to call us, and we will answer. It may take you some “time” to remember how to channel your Higher Self through your physical self, but you ALL will REMEMBER!

We KNOW that you did remember, and were eventually successful in assisting Gaia, because we resonate to the fifth dimension and beyond, which is free of all limitations of  time and space.

We live in the HERE of the NOW!
And so do YOU in your fifth dimensional and beyond SELF