Conversation With the Arcturians--Through Suzanne Lie

CONVERSATION WITH THE ARCTURIANS
Part ONE 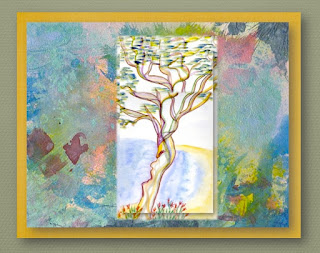 Shawnna & The Arcturians Through Sue Lie

SD:     Yes, well thank you for taking the time to provide insight during these exciting times that we find ourselves.  We always value your information and guidance.  We were curious if there was any information you wish to share with us at this time with so many energetic fluctuations and potential realities.  We’re open to hearing what might be helpful to us.

A:        Well, we the Arcturians will go back a bit and continue the conversation that we’ve been having with Suzille this morning - for it is about taking a moment within your day to realize that you have actually been on this path all of your life.

Now, for all of your life you may not have realized, because for all of your life you may not as yet have been awake to the fact that you are actually a Galactic being who chose to take a physical form to come down and assist Gaia with her Ascension.  But because of the times that we are moving into within this ‘now’ it is good for all of you to take a trip down memory lane, as you might say, and go back to your earliest experiences of when your ‘imagination’ led you to pretend that maybe you were talking to someone else.

Now the reality is that there are not many children that do not have some form of invisible friend or stuffed animal or favorite metal truck or some means through which they can allow their imaginations to take them into a different reality.

Now Suzille is pulling into her mind of her son and how he had a yellow tractor truck and he went out in the top of the yard where there was dirt and he built roads and he put little soldiers and people on the roads.  He created his little world.

Now, this is something that most of you did as children.  Whereas the boys were making the tractors, especially back in Suzille’s time when boys were boys and girls were girls she was talking to her dolls.  Her dolls were very alive and she would talk to them.  She has a huge Raggedy Anne doll that she slept with every night.  One morning she woke up and the doll was gone and she was enraged.  How dare this doll abandon her?

Now, she had a father that abandoned her that she totally pushed out of her mind.  But, weeks later when she saw the doll under the bed against the wall, she said, ‘well, you ran away from me.  You can just stay there.”

So Shawnna, do you have any early memories that you had that were actually – now you realize were much more important than just child’s play?

SD:     Certainly.  Recently, we went through the inter-dimensional life review process which was also helpful in guiding us back through those stages of life.  Of course, it began as children, and our remembrance of those times and recognition of inter-dimensional communication.  Even at quite a young age, I do have instances where I recall speaking to beings that other people could not see or perceive.  It felt like telepathic communication at that age.

Also, the world was a different place.  It was before we were told that those things were not real.  So it had no boundaries, it had no restrictions.  As you said, it was about creativity.  And, going back to that feels quite relevant for this time because you’ve mentioned the importance of mastering your thoughts and emotions because that’s what creates your reality.  So, imagine if we go back to that freedom and innocence and creative sense of being where we can create whatever we want?

A:        Yes, and also as young children you very often remember something.  Suzille always looked up to the stars at night.  There was a star and she would say, ‘take me with you.  Come get me, I want to go home.  Hello, are you there and can you hear me.”  And everyone would say, ‘what are you talking to a star for?”  But maybe those stars weren’t stars.

She had no concept.  There was no concept.  In fact when she was young there was a big campaign about horror stories about the evil beings from other planets coming to harm.  So in the 1950’s there was a huge campaign against any type of belief, that possibility if there was somebody out there, then that somebody was very mean and very scary and would kidnap you and do horrid things to you.

And that is about the time that the illuminati really began moving in and really taking power.  And they wanted to take that power to keep people limited.  But along with them there were people at Disney who had all of these wonderful cartoons that you could use your imagination and being the one that you wanted.

Did you wish to add something to that Shawnna?

SD:  I think that’s quite a valid point even as we live our lives in this current time frame, I suppose, because you can choose which reality you want to entertain.  And, it can be yours instantaneously.  We’ve discovered that as the frequency is continues to heighten so we know that it’s almost instant manifestation now.

A:        Yes, all of you, or all of you that are inclined to attend to this message that we are sending out are moving very swiftly into the fifth dimensional version of reality.

Now it is much like if you have moved your house and you’re taking a while to move so you might go to your new house and visit it but you have to paint it and do some yard work but you can’t live in it yet.

So,  this backing and forthing, where you’re moving into your 5th dimensional reality and saying, ‘oh wow this is great but I just have a couple of more things to do.”  I have to bring some more of me up here.  So, there is this process that you are going through that you are collecting you.  You are collecting all the versions of you, memories of you - the events within your life that you want to pack in your bag and take into your new life.

Now there are some versions of you and some parts of you that say, “I don’t like this table anymore, or this chair is not comfortable anymore.”  So you give it to the Goodwill, or you put it out in the front yard and someone comes and takes it.  So there is a process of, what part of you is going to make the cut into your fifth-dimensional self.  And, what part of you will – well we don’t want to say left behind, but there is a part of you that is very third-dimensional and you want to leave that third-dimensional component of yourself in the body of Gaia, on the body of Gaia - because you are not leaving Gaia, you are helping Gaia expand.

So therefore, you are cleaning up any messes that you left.  Now this is not as easy as moving out of one house because this is cleaning up every incarnation you’ve ever had on the planet Earth, so this is not an easy task. There will be quite a few memories, quite a few lives, there is a huge energy field of you, of all the you’ s that you have ever been in any of your incarnations on the Planet Gaia.

So let’s take a moment and assist all of you to bring it all in.  Bring it all in because you are selling your old house so to speak and you have to clean it out because somebody else is going to take that spot.  So someone else is going to fill that energy field, that frequency of earth because you are now moving up into a new spot.  You are now moving up into a higher frequency.

SD:     Well, this is definitely no small undertaking.  Imagine all of the lifetimes we’ve held and experiences that we’re ready to resolve and release and transmute.   So, I imagine it comes up in our current lives in different ways, doesn’t it?  It comes through as memories, as dreams, as things that we see playing out in society – like ancestral healing and releasing as well.  It seems that it is larger than just ourselves, too.

A:        Yes it is actually about the planet.  And, those you, those of you of humanity who have taken embodiment during this ‘now’ and have awakened yourself to the reality of what is occurring within this ‘now’ – you stood in line.  You wrote your Divine Plan, you wanted to come into this ‘now’.  What an exciting time to be able to come into and have an incarnation on a planet that is on the verge of transmuting into the fifth-dimension.

Now from your higher perspective you may have well forgotten that when the Light gets brighter, the Dark gets Darker because the polarities begin to separate.  Now before, such as when Suzille was younger, the polarities weren’t separate.  The Light and the dark were not separate.  You could not see, “oh, this is something that the Illuminati did, oh this is from an enlightened being.”  People were just all people.

So then that time progressed into different situations and the world got bigger and then the internet happened.  And then the world got very small because now everyone could talk to anyone anywhere on the entire planet.  Now maybe one person had to be up in the middle of the night to do so but it was a possible reality.

Once that possible reality came about that anyone could talk to anyone anywhere on the entire planet, then Gaia became a living being.  Gaia became the home for all these different kinds of people. 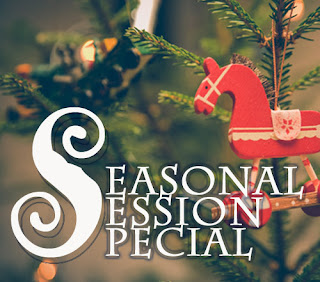 Seasonal Session Specials for the Holidays!