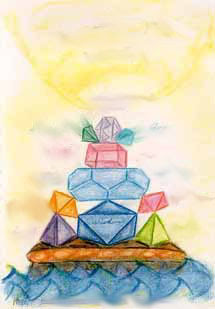 The Arcturians through Sue Lie

We the Arcturians are happy to communicate with our Ascending Ones within your time of initiation. Yes, you have all been undergoing very important initiations because reality as you know it, will continue it’s ever-accelerating transmutation in the year of 2017.

We say transmutation—shifting into a higher frequency of expression—rather than transformation—third dimensional change. Transmutation creates change, but it also includes a steady expansion into higher and higher frequencies/dimensions of reality.

Those who have opened their hearts and minds to this information are the same ones who have been able to merge their human, energy field with Gaia’s planetary, energy field. With this merging, these humans are taking their first steps towards their ascension into Multidimensional Beings.

We use the word “ascension” because that word means: rise, ascent, mounting, climbing, scaling, surmounting, and moving UP. In this case, we speak of ascension as expanding your innate, frequency of resonance from your third dimensional Earth Vessel self, to include your fourth dimensional Astral Body self, and into your fifth dimensional Lightbody self.

What you will be pleased to remember about your Lightbody is that it is free of time and physical space. Therefore, you will be able to consciously experience more than one time and/or place within the same instant of the NOW.

We realize that this experience will likely take what you still believe is “time” for your total transcendence and ascension, into your fifth dimensional Lightbody SELF. Of course, once you are your Lightbody SELF the perception of “time” will only be a “left over habit.” An example of a left over habit would be if you always drove a stick shift car and suddenly changed to an automatic car, your left foot would constantly reach out for the clutch.

This “state of consciousness” is greatly influence by your thoughts and emotions. As an example, if your thoughts are focused on driving, you will primarily perceive the road, the cars around you, the traffic ahead of you, and the steering wheel, accelerator and breaks of the car.

Hence, you move beyond specific components of your driving experience and focus more on the collective components of driving. Therefore, you can hear the radio and your friend talking inside the car, while you are still staying attentive to the traffic, the traffic signals, pedestrians, and what is occurring outside the car.

We wish to inform you that more and more of you are remembering to focus, not just on the many changes outside your body, but you are simultaneously focusing on what is occurring inside your body.

Simultaneously, you are moving from your 3D reality that was based on separation from all life. Within your “old operating system,” every person, place, situation, and thing appeared to be separate from you. Therefore, you defined your “self” as YOU and every other person, place and thing as “NOT YOU.” Even in a crowd YOU were separate from all the others in the crowd because they were NOT you.

The members of your family were not you; your friends were not you. YOU were the only one who is wearing your earth vessel—unless you are pregnant. However, even when you are pregnant, you perceived the “other person inside you” as not yet born. Hence, he or she was not yet a person, but would eventually be born into being an individual person.

Animals perceive their “herd, flock, school, or pod” as “their self.” Also, some “primitive tribes” perceive themselves as a being deeply connected with the other members of the “tribe.” On the other hand, modern, civilized humanity, often believe that they are better than animals or primitive tribes because they can “stand alone.”

These third dimensional beliefs will need to be discarded and/or expanded in order for you to expand into a being of light. A being of light does not have any boundaries or edges. A being of light can have the wavering form of a small spec or a huge projection of their light that flows from their core into ALL directions simultaneously.

But most of modern humanity does know even know that they have a core. This core is their Kundalini, which waits at the base of their spine like a “Sleeping Serpent.” As your inner, fifth dimensional energy field moves up your spine, your Sacred Marriage of Spirit and Matter slowly, or quickly, raises the resonance of your body, as well as your frequency of consciousness.

But as your “Sense of SELF” includes your higher dimensional perceptions, you will expand further and further beyond the limitations of the earth vessel you have been wearing, and will begin to feel an innate connection with ALL life. As you seek out these connections, your consciousness will expand even more.

As your expanded version of SELF moves through your life, you become more and more aware that you are invisibly and constantly preparing to expand your Sense of SELF to include your Fifth Dimensional SELF.

Then, you will remember how to deeply experience the manner in which your aura intermingles with the auras of what you once called “other” people, places, and things. As you allow your perceptions of reality to flow through and be enhanced by your multidimensional aura, you will perceive that every person, place, situation, and thing also have an aura.

This perception assists you to remember that you are NOT separate from any person, place, situation, or thing! It is within that Unity with ALL Life that you can remember to “look at life through your own aura.”

Some people never realize how their outer reality mimics their inner self. On the other hand, some people realized this fact as children, but forget it as they “worked hard” as an adult. We, the Arcturians, are with you in this NOW to remind you that it is to you greatest benefit that you take full responsibility for the life that YOU created.

Please remember that some of your creation process occurred in other lifetimes and realities. With this expanded perspective, you can look back to remember other incarnations in which you took a life in order to prepare yourself for the wonderful gift of transmuting into a fifth dimensional body.

Your third/fourth dimensional body is your present earth vessel through which you can combine all that that you have learned in all your incarnations on Earth. In this manner you can prepare for your “final initiation” into Lightbody.

As your fifth dimensional perceptions expand your consciousness beyond the separation, fear and darkness of the third and lower fourth dimensional realities, you will feel a sense of Unconditional Love and Freedom from ALL the boundaries of separation that YOU created within the limitations of your third/fourth dimensional thoughts and emotions.

As you slowly, or quickly, recalibrate your thoughts and emotions to frequency range of the fifth dimension, you will feel a sense of comfort and camaraderie that was unknown in your physical world. At first, you may feel the 3D reality as strongly as ever, but as you allow yourself to FLOW into and MERGE with the fifth dimensional energy fields, you will experience something that was impossible within your third/fourth dimensional consciousness.

It is then that you can remember to send Unconditional Love to Gaia. By this simple act, you are giving GREAT service to Gaia and to all Her inhabitants. In fact, if the only thing you do for planetary ascension is to send Unconditional Love and Violet Fire into any darkness and/or fear, you are giving a vital service to Earth and all her human, animal, plant, insect, and elemental kingdoms.

You are also greatly assisting your Galactic Family, as well as your entire Multidimensional Family, that is serving to assist Gaia with Her planetary ascension. Please remember, dear humans, that if you assist your planet, you also assist all the beings on the planet, as well as all the humans.

Also, by your actions, you are assisting your Galactic SELF who has volunteered to wear an earth vessel on the third/fourth dimensional Gaia to assist Her Planetary SELF to ascend beyond the frequency net of the 3D Matrix. Those who follow the rules of “Power Over Others” are implanted in that Matrix.

These “rules” only resonate to the frequency of the third and lower fourth dimensional inhabitants. In fact, the first and second dimensional beings cannot perceive that Matrix. Therefore, they cannot be influenced by it. Hence, the elementals of Gaia’s planetary body, as well as your personal bodies, are free of the Matrix.

It is for this reason that we, your Galactic Family, remind you to listen to your physical body. Your body appears to be “just third dimensional,” but it is created by the vast collection of first and second dimensional molecules of blood, bones, muscles, and oxygen.

These small molecules of “life” are so small that they easily slip through the 3D Matrix unnoticed. Individually, their information cannot be shared with your earth vessel. However, during your physical incarnations, your inner elemental, molecular beings have been bonding with body.

Your brain may not have “translated their messages,” but your physical body is an expert of this “language.” Furthermore, the language of the elementals is much like Light Language because the elementals all carry a photonic “light” that constantly communicated with the “electronic” ports of your physical Earth Vessel.

In closing, we remind you again that your third dimensional Earth Vessel is a “well oiled” communication device. If you listen to your fourth/fifth dimensional dreams and meditations, your Earth Vessel will assist you to learn to understand, share, and use these light messages towards the service of Gaia’s Ascension.

Please remember that “Service to Others” is a vital component of human ascension. Every Ascended Master went through great sacrifice and service to others before they purified their essence enough to “flash into Lightbody and ascend.” It is the same within your NOW!

However, you are NEVER ALONE as WE, your Galactic Family is ALWAYS with you.
In closing we wish to share that 2017 will be filled with Higher Light, which will serve to greatly accelerate your process of personal and planetary ascension.


Blessings from the Arcturians and your Galactic Family 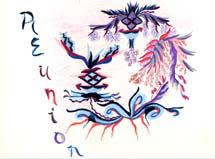