The NOW to Release--Suzanne Lie and the Arcturians

The NOW to Release 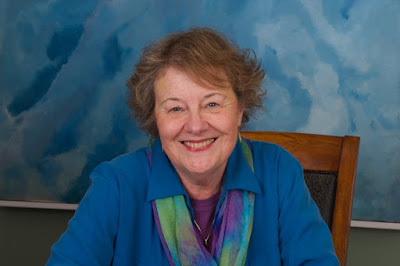 Dear Friends,
I have decided NOT to continue the Multidimensional Leadership School.
Thank you all for teaching me as much as I hope I taught you. I will be giving away ALL the writings, recordings and information that I have about all the four sessions for FREE!

I hope you all enjoy these Free Gifts that we will be providing, and I am sorry for any one who purchased the self-study packages recently ~ following our last academy session. Some were NOT sold under my direction, which is part of the reason why I have decided to close the school permanently. Please do not purchase them in the future from anyone else, as we will be giving them all away for free.

I start today with the introductory articles sent to the students on 8-21-14. I will try to send them out in order. Blessings to you all, and I hope to see you in the wonderful webinar season that we are beginning. 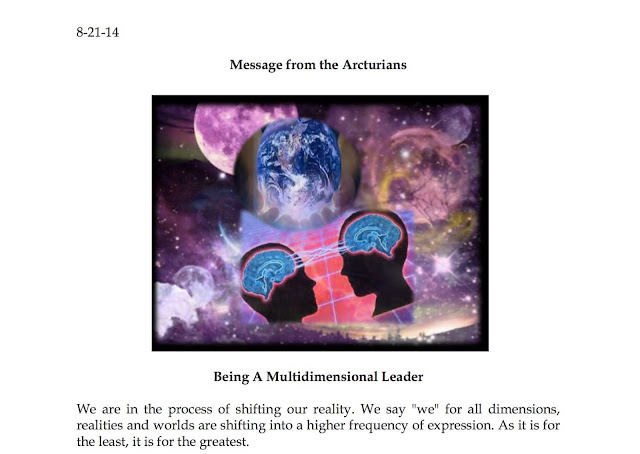 Hence, as the third/fourth dimension releases itself from the shackles of the third dimensional reality of illusion and shifts into the fifth dimension of the light of cosmic truth, all the dimensions above the fifth also shift into their next higher dimensional expression.
As we make this transition, there is a release, a letting go, of what has been our predominant expression of self. For example, we Arcturians are expanding our baseline frequency from the eighth through tenth dimensions into the eleventh and twelfth dimensions.

Also, as this shift continually accelerates your consciousness, you will gain a new perspective on your physical world. This higher viewpoint will enable you to perceive your 3D reality from “up above it” rather than “stuck within it.” In other words, you will be able observe your ego from your Higher SELF.

Once your Multidimensional SELF is in charge, you will be able to make some important decisions that make YOU the creator of your life. You will also become aware of many of your higher dimensional, alternate or parallel realities.

While you are swimming in the illusion of the third dimension, you see only what surrounds you. However, as you regain a higher perspective of your life, many of your priorities will change. Your ego will no longer tell you to let go of your meditations and creative expression so that you can "get back to the business of your real life."

With your Higher SELF at the helm, you will realize that what you have perceived as "just your imagination" is actually your real life. Then slowly, or quickly, you will want to “let go” of many of our your lower frequency chores, responsibilities and jobs.

In this manner, you can more easily remain in the unconditional light and love of the fifth dimension. Of course you will still “take care of 3D business,” but your priorities will greatly alter as your consciousness expands into the higher dimensions.

You may be thinking, "Do I dare believe that what appears to be my imagination is actually my real world? If I make that choice and switch my primary attachment to the feelings of my fifth dimensional imagination, does that mean that I die to the physical world?”

When you meditate or dream about being in a higher frequency reality, are you able to wake up or end your meditation? Of course, your physical reality does not disappear while you sleep or meditate, nor will it go away when your switch your primary identity from being your 3D physical self to being your 5D Lightbody SELF.

Even those who actually “die” to the third dimension often experience both their higher worlds and the third dimension until they are ready to release their lower expression of self. In the same manner, our light workers are being faced with the decision of "which reality is the real world?"

While in your fifth dimensional state of consciousness, this question eventually evolves into, "Which of the many dimensions of reality do I choose as my primary expression of SELF?"

Once you take more and more excursions into your fifth dimensional consciousness, you will begin to also think multidimensionally. Thus, the either/or choices that filled your 3D world are replaced by the realization that you can choose both and/or all.” It is then that you are beginning to understand the concept of multidimensional reality from a higher perspective.

Due to your evolved understanding of your Multidimensional SELF, you are remembering that you no longer need to choose. From the perspective of your fifth dimensional self, you know that you have myriad expressions of your SELF that are simultaneously being experienced on myriad dimensions and realities.

Because of the vast programming that many humans have received, as well as the fact that many of Gaia’s humans live on the edge of survival, the bulk of the process of shifting into higher frequencies of consciousness falls on the shoulders of the awakened light workers.

Blessings to you and stay tuned for more FREE information from the former
Multidimensional Leadership Academy. Stay tuned for the re-alignment of our purpose as our next phase of teachings evolve in the NOW.

See you in our upcoming Webinars.