Connecting With Your Higher Self -- The Arcturians

Connecting With Your Higher Self 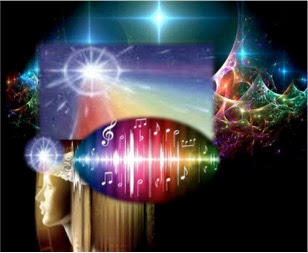 Dear Arcturians,
I had experience night before last that I wanted to ask you about. I did not have a chance to talk with you yesterday, and I was kind of waiting to see if I had a similar experience last night. If I did, I did not remember.

The dream and/or experience that I had was that I was definitely in another dimension. It felt very different, yet much the same as in deep meditations. Everything around was a deep blue. I experienced it from being within the process and simultaneously looking at myself from outside the experience.

I was formless except for I had a kind of face and there was a circle of gold light around me. I was trying to assist some one, or maybe a group, but it did not seem to be going too well. The main thing I remembered was how it “felt” to when the telepathic exchange of information moved through my Third Eye.

Please assist me to understand my dream/experience of being an emissary of some kind, and had a form without form.

Dear Suzille,
You were serving as a prototype for how a clay vessel will adapt to the higher light while holding a physical form. Do you remember when you volunteered to be a prototype? You see we have no “time.” Therefore, to us everything is occurring right now, whereas to you it seems to be years ago in your past.

You do feel, do you not, how your body is quickening in some fashion. You can also experience how Gaia’s body is also quickening. If you think your life is different now, please remember that you are just at the “tip of the iceberg.” Much, much more will emerge within your life.

However, all of you, our dear volunteers, must take “time” for your physical vessel to adapt to each phase of the energetic upload of higher and higher frequencies of light. You are the first ones to enter the portals of multidimensional light.

All the volunteer “prototypes” are having, just had, or soon will have completed a major initiation in which you needed to recognize and release that which has formerly barred you from entering the portal.

Take a moment now to look at the initiation that you have just completed. You may not have called it an “initiation.” In fact, you likely called it a “problem” or an extremely difficult “challenge.” Therefore, we ask you, and all who read this message, to look back deeply into your initiation.

How did YOU create it?

Yes, you looked at the source of your initiation as being outside of you rather than inside of you. You thought in third dimensional terms.

Yes, I thought in third dimensional terms. At the same time, I did not pay enough attention to the 3D because I wanted to be in my higher worlds. I forgot that my higher worlds are always IN me. So I forgot to let them flow through me. In other words, I did not DO what I have been teaching.

Yes, that is how YOU created it. You saw change coming, but you pushed it away rather than fully and honestly embracing it. However, we want you to know that the problem that arose from this situation, would still have occurred, but facing a problem is much more effective than ignoring it.

Yes, I forgot what the robbers said to me. I think I was too busy running out the door—after I let the robbers in. How many life times did I do that?

Many life times, many, many lifetimes. Therefore, you needed to face this situation face forward this time, because this is your last incarnation on 3D Earth.

You will, and are, having many “lives” on fifth dimensional Earth because you dearly love Gaia and want to assist Her with her transition. Also, you want to experience the ending of the long, long story of many, many lives.

We will now address your dream. You were serving as a mediator between the higher dimensions and the lower dimensions. You were in your sixth dimensional form, so your “body” was a wavering circle of light. You were communicating telepathically, and you remembered that “feeling.”

Just as you “feel” your lips move when the “message” travels through them in spoken language, you could “feel” the message going through your Third Eye when the telepathic message went through it. Take a moment to remember that feeling …

This time, when I feel the message moving through my Third Eye, I also feel how it originates within my Lightbody—Kundalini. I also feel the density of my clay form. It feels so very tired. I feel as if I could sleep forever.

Yes, your earth vessel is very tired, would you like to come on the Ship and enter the Rejuvenation Chamber?

You can do so as soon as we complete this conversation. We wish to tell you more about your dream/memory. In your dream, you were practicing being an Inter-dimensional Messenger. What that means is that we are asking our volunteers to continue their work after their personal transition by speaking with those third dimensional ones that are trying to make the shift, but are having great difficulty believing it is possible.

The scene was dark to remind you that you will be communicating with them while they are in a dream state. Hence, your communications are all telepathic. These ones are still unable to believe that ascension is normal.

Therefore, they keep a closed mind to their many options. Only when they are their higher states of fourth dimensional “dream consciousness” are we able to communicate with them. Do you remember that this meeting was actually occurring while you were on the Ship?

You have chosen to forget much of your life there, as it would make your Earth assignment too lonely. You asked for this arrangement, as well as for the relationship with your complement in your daily life. We tell you this in order to remind others that all of our volunteers wrote their own “script” for this important, final 3D incarnation.

The third/fourth dimensional “Wheel of Life and Death” is being moved to another 3D/4D planet. Gaia is closing her third and fourth dimensional habitat rings. She can wait no longer to burst into Her fifth dimensional Lightbody Planet. It is for this reason that there are so many changes on Gaia’s planetary body.

Those who wish to remain within the “Wheel” will simply move with it. Since their attention was ONLY on third/fourth dimensional reality, they will never know the difference. During your “dream meeting” you were talking with persons who have the ability to fully awaken, but are still unable to make that shift

Therefore, you awoke feeling as if you were trying to convince someone of something, but it was very difficult. You have decided that these types of conversations are too difficult for your aging earth vessel and have decided that you will no longer try to assist those who resist assistance. We must say that we agree with your decision.

Earth is a free will planet and only those who wish to make the vital trans-mutational changes in their thoughts, emotions, action, and most important, states of consciousness, will be able to leave the Wheel and resonate to the frequency of New Earth. We, too, have had to accept the fact that some will NOT choose to ascend.

We say to those who choose to remain in the third/fourth dimension, that life will not be as difficult on the Wheel after the transition. The dark ones that invaded Earth will NOT allowed to join that reality and no laggards who did not ascend with other planets will NOT be allowed on that Third/Fourth dimensional Wheel.

Hence, that third/fourth reality will not be as challenging as life on Gaia’s physical world has been. Also, ascension will not be as difficult. The Forces of the ONE have allowed this decree because the Multidimensional Galactic Council wants to assist those who became so lost in the great density of third dimensional Earth and need more “time” to expand their consciousness into the NOW.

We send Unconditional Love and Violet Fire to ALL those still trapped in the “power over others” model and are ever present to assist them to fine their Power Within. However, Mother Earth can wait no longer for Her transition.

Hence, Gaia is moving forward with Her plans to transition into Her fifth dimensional Light Planet SELF. We rejoice with all of the many humans who will experience the NOW of that event and remind you again:

Through the immense challenge of our brave volunteers, that frequency is dawning into your reality as bright as a noonday Sun. We wish you all to know that we, the members of your higher dimensional selves, will be with you as you flow though the ongoing process of consistently re-calibrating you consciousness and earth vessel so that you can stay in alignment with Mother Gaia.

The Mother has waited too long for Her humans and must now complete Her process of transmutation. Therefore, there is a “call to duty” for all of our volunteers to Earth. We call all of you NOW to make your choice.

Are you ready to assist Gaia? If so, we remind you to remember your SELF in higher frequencies. They will assist you in opening your portal of multidimensional light and stand at the entrance to make sure your portal is firmly attached to Mother Gaia.

Then release all time and live in the NOW. You will gather you information and instruction within the appropriate NOW in which your frequency of consciousness resonates to the frequency of our message.

In closing we remind you that it may take you “time”
To remember how to LIVE within the NOW!


Dear Readers,
What experiences are you having?
Please feel free to share your experiences in the comment section of this Blog.
It is the NOW to MAKE ASCENSION NORMAL, so lets talk about changes to our consciousness, our bodies and our lives.

We ARE the creators of our reality!