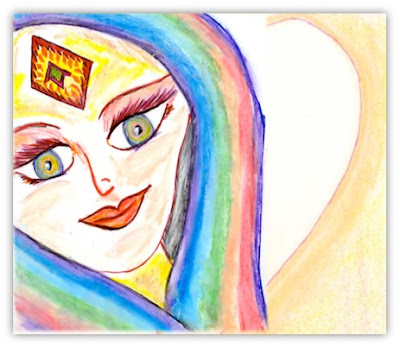 A Collection of Messages from Gaia
Our Mother Earth

13     YOUR PROCESS OF TRANSFORMATION

43    PREPARING FOR OUR RETURN

52    TIME TO ACTIVATE YOUR MISSION

56    YOUR CHOSEN EXPERIENCE OF LIFE ON EARTH

78    HOLOGRAPHIC REALITY—MESSAGE FROM THE ONE

102 ARE YOU READY TO ACTIVATE YOUR LIGHTBODY?

Whatever you do my beloved humans,
I Gaia will love and assist you as you to it 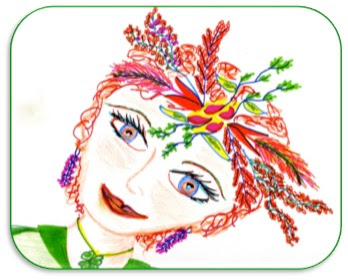 The physical structures of form in this quadrant of space are preparing to transmute into the higher frequencies of spirit. By spirit I mean that which is infused with the light of creation. This light of creation serves as a higher dimensional screen upon which thought can be projected and then enlivened by emotion.

I, Gaia and the High Ones who are supporting me, have experimented with many manners in which we could facilitate this process. Since it is the Arcturian’s galactic service to be of assistance whenever this moment of transmutation, they are constantly within and around my planetary self.

Some of the life forms of my quadrant of space may fear their "death." However, when our light flashes into the ONE of the NOW, they will remember that "death" is merely a release from the 3D matrix of illusion.

Life cannot die, it can only transmute into a higher or lower frequency of expression. Some humans are still attached to the reality they have known as real for myriad incarnations. Therefore, they may resist the process of planetary transmutation in any manner that they can.

It is this power of resistance that creates a waver in the energy field of transmutation to stall the event in a manner that can create frozen moments of lower frequencies in the 3D matrix.

Those who cannot release their fear-based reality will resist the process of transmutation and will believe that their reality is destructing. On the other hand, those who choose the path of unconditional love will perceive that a new reality is constructing.

I, Gaia, wish to share many of my communications with you in this small book. I want you to remember that I have loved and supported you through out your entire process of transmutation, just as you have been with me. Beloved ascending ones, WE are a team. In fact, WE are the “Ascension Team.”

Together, we will perceive "islands of transmutation" that expand as more and more of my inhabitants transmute back into their true multidimensional expressions. Let us join together within my messages to you all.

DEAR PEOPLE OF MY BODY 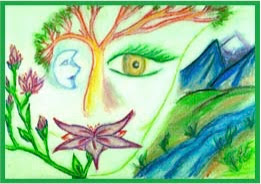 Dear ONES,
I am Gaia I am joyous to communicate with you, the People of my Body. I am very grateful for the connection made from MY heart, to YOUR heart, to the heart of the Sun, then to the heart of the Great Central Sun. Our entire Galaxy is preparing for ascension into the higher dimensions. Unfortunately, Earth is one of the “challenge points,” because we are one of the few planets that still have “life” in the first through third dimensions.

It is the shift from the third/fourth dimension into the fifth dimension, which is such a shock to my physical inhabitants. This shift is especially difficult, as many of my people no longer feel united with me, their planet. Do you remember how you were united with the Great Mother when you were Priests and Priestesses in my Temples? In your “modern day,” my people seldom bond with me, or even believe that I AM ALIVE. However, YOU, the members of my Planetary Ascension Team, have been ever faithful in your commitment to OUR planet.
MULTIDIMENSIONAL COMMUNICATION
All of my first and second dimensional creatures shall ascend with me because they are in complete unity with my consciousness. Hence, they shall remain attached to me as I make the transition. These creatures neither seek to possess objects nor to gain power over others. Therefore, they have no need to clutch onto a reality that is becoming extinct. In fact, many of the “extinct” plants and animals have actually preceded humanity into my new, higher dimensional Earth.
If you humans could learn from the first and second dimensional components of yourself, it would be easier for you to assist me, and yourselves, in the transformation of our biological matter, cellular structure, and DNA. I wish to remind you that you have access to all of my multi-dimensional kingdoms through your own human form. You can learn to communicate with these inner dimensions of your body by appreciating them on my body, Earth, and in my aura.
For example, my First Dimensional Kingdom of crystals, rocks, mountains, lakes, rivers, oceans, rain, wind, sky, etc. can be communicated with by enjoying and appreciating the great beauty of my Nature. My Second Dimensional Kingdom of plants, trees, insects, fish, and many members of the animal kingdom, can also be “merged with” through hearing, appreciating and surrendering to the “Call of Nature.
My Third Dimensional Kingdom of humans, and more evolved animals, can be communicated with through thought, emotion, reasoning, creativity, and symbolic or verbal language. My Fourth Dimensional Kingdom is the realm of dreams, meditation, magic, creative bliss, dancing, singing, playing, listening to music, having fun, excitement and creativity, and communicating via empathy and telepathy with elemental worlds. You can further experience the fourth dimension by traveling in your Astral Body to my wonderful Kingdom of Faerie.
My Fifth Dimensional World can be communicated with through surrender, calm, peace, centeredness, Unconditional Love, and multidimensional merging with higher dimensional life forms, as well as higher frequency aspects of your SELF. My Fifth Dimensional World is the vibration from whence I came and to which I shall return.
However, my fifth dimensional Earth will be greatly transformed as we return to, and simultaneously create, New Star Earth. By allowing our consciousness to be temporarily confined by the 3D matrix, albeit through many eons of 3D “time,” we have transformed ourselves enough to CREATE that to which we are returning. Do not “try” to understand this concept. Instead, allow the meaning to be revealed to you as calmly as the morning sun rises across the waters.
PATIENCE
I remind you again to be patient, for “time,” as you know it, is ending. You have prepared for this moment in many, many lives. You were among the ones who first reduced the spin of the molecules of Light. Hence, you are among the first to amplify it. However, remember that there is no time, as time is particular to the third dimension. As the dimensions shift, so does time. Therefore, there is no need to be impatient.
All is proceeding according to a “clock” which is beyond your third dimensional conception. Allow the process to continue, and maintain the balance of Inner Peace as often as you can. Call to me, Gaia, and I shall assist you. Remember, my Ones, you do not create your Lightbody. You REVEAL it. You thrust aside the illusions of separation and limitation and decide to “stop playing the 3D game.” Then slowly, as you remember your Multidimensional SELF, layer, by layer, you will feel a release of tension, a diminishing of anxiety and an abundance of Lightness.
RE-EMERGENCE OF THE GODDESS
Unconditionally Love your physical body. Whether you are currently incarnated in a male or female body today, I ask you, once again, to remember your lives in which you served me as Priests and Priestesses. When you were a Priest or Priestess serving the Goddess, the human body was a sacred temple. Your shape and form were not determined by those outside of you or by a patriarchal world intent on diminishing women.
The Goddess has always worn many forms and finds all of them beautiful. Some of Her trees are tall and thin, while others are short and broad. However, all are meant to serve the purpose that is consistent with their shape. Each of my Priests and Priestesses has an innate shape that best serves their purpose.
My Priestesses do not have to capture men with their body. Therefore, they needn’t be driven to love their body only when it is considered beautiful by men. Your society has trained many women that they are without worth if they do not look like the few. This fallacy greatly diminishes the very Female Power that we are now wishing to restore.
I also suffered this prejudice towards my Priestesses. Some of my land and creatures have been deemed not worthy and have been destroyed, abandoned or polluted. I love all that which holds form within my consciousness, as much as I love the Spirit which ignites that form into LIFE. 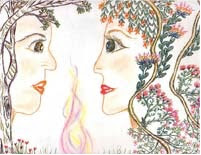 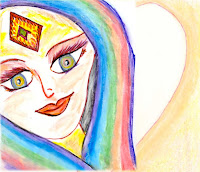 Did you enjoy this preview of Gaia Speaks,
a 100-page collection of messages from Gaia?

If so, I invite you to offer a donation of $15 or more
to receive your FULL copy of this delightful e-book.

Please click the "Donate" button below,
and we will send you your copy to your email address.