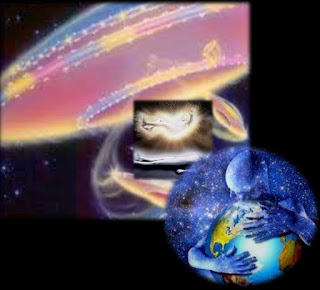 
We the Arcturians are always happy to answer some of the questions that we have perceived in the consciousness of our volunteers to Earth. We will not state the questions, but we will directly address the answers. Our answers will be perceived differently when you are in different states of consciousness.
For example, in your 3D beta wave state of consciousness you may think that you know the Truth, but when you are in your 4D alpha or, especially, your 5D gamma wave consciousness, you will know that you must live the truth.
Knowing the truth, or what you currently perceive as the truth, is based on time because it is a third dimensional interpretation of inter-dimensional information/experience.
On the other hand, when you live the truth, you flow out of your 3D time and into your 5D NOW—and then back again. Then your challenge is, “With which frequency of my brain/consciousness do I share this information?”
The 3D brain is completely confused by the 5D information and needs massive explanation for even the simplest 5D concept. The frequency of information received from your fifth dimensional consciousness does not translate well into your third dimensional consciousness.

Gaia has now completed Her planetary tour of the third dimension and is ready to transmute into Her planetary tour into the fifth dimension. When this transmutation occurs, those of us Galactics who bi-located into a human form, while also keeping our galactic form, will have a unique experience of meeting our self.
We are aware that you perceive your selves as earth humans. In the same manner, we perceive ourselves as galactic beings. Some are in humanoid form, and some not in humanoid form. When our human self ascends, we will meet this component of our Multidimensional SELF as a seemingly “separate” being.
Of course, our Earth human will then be wearing a fifth-dimensional Lightbody. However, that projection of our self has taken his/her own “individual identity.” How we will integrate these “individual” versions of our self into our galactic society is unknown.

Many of our volunteers have become very attached to Gaia and may choose to live on fifth dimensional New Earth. Some of them/you may wish to return to and/or visit their/your Homeworld and/or Ship.
These challenges are by no means a problem. In fact, because we live within the NOW, we see the solutions. However, we share this information with all of our grounded volunteers so that you, too, can ponder the NOW of your return to SELF.
This “return” is closer in your “time” than you might suspect. Hence, we wish to remind our brave volunteers who have bi-located to 3D Earth that once you have decided to return to your Lightbody you will be within the unity consciousness of your own Galactic SELF.
Within the unity consciousness, you will remember all the versions of your SELF that you have ever taken since your initial decision to enter the adventure of taking a form on planet Earth.
We will not tax your 3D brain by trying to explain how you will be able to easily have all these perceptions while in the NOW. We have stated these questions because we wish you to ponder your return to SELF.
We ask you these questions because you are beginning to remember your Multidimensional SELF. Therefore, your 3D brain is trying to connect with your 5D brain within your own higher states of consciousness.
Beloved returning ones, please continue to allow your 3D brain to ask questions that appear impossible or even ridiculous. These questions are the beginning of the neural net that is awaking in your 3D brain that is attached to your true 5D expression of SELF.

The more you ponder this connection, the more you will activate that neural network of these fifth dimensional synaptic junctions. Every time you activate that network in your physical brain, that small path becomes a dirt road, then becomes a wider street, and eventually becomes a freeway of two-way information.
Eventually, this two-way circuit will guide you HOME
to the Unity Consciousness with your SELF.
We joyously await that NOW.
The Arcturians and your Galactic Family