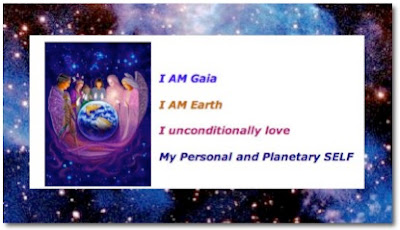 The Arcturians with Mother Gaia

As you leave the fourth-dimensional Causal Mystery School you look up to see what resembles light sparkling off the surface of the water. You are drawn to follow that ever-present flow of liquid light as it pulls you towards the glistening surface.

As you move upwards to the expanding flow of spiritual light, you hear a call from a presence that you recognize as your SELF. Instinctively, you know that your “I AM Presence” is calling you from inside the Spiritual Mystery School.

Are you ready to join that expression of your self? Do you love yourself enough to accept the honor of returning to your own spiritual essence? Have you completed your journey through the land of form?

These types of questions continually bombard your awareness. But, slowly you move beyond questions. You move beyond doubt and into the essence of the Spiritual Sub-plane of the fourth dimension.

But this sub-plane does not feel as though it is a stop along your journey. Instead, it appears to be a final portal through which you will travel to return to who you have always been. You are somewhat shocked that you can give yourself such a compliment without your ego reminding you not to be conceited.

However, as you look around inside your Self, you find that somewhere along your journey you have lost your ego. You did not abandon your ego or judge your ego. You just stopped thinking about who you should be and who they want you to be.

In fact, the terms “should” and “they” no longer have meaning. You ARE THEM, and THEY ARE you. Therefore, terms like “you should” are replaced with statements such as “I AM.”

“I AM” is no longer the preface of what you are doing, such as “I am going to the store.” I AM has become the identification of the new SELF that you are becoming.

As you open the next portal, you will blend your I AM Presence with your fifth-dimensional Light Body to complete your opened portal between Gaia’s third dimensional planet and the multidimensional light of the fifth dimension.

However, the challenges of the physical world eventually pulled you from that revere, as there was “work” to do in your daily life. Now that your fourth dimensional portal is fully opened, you no longer need to choose between your true SELF and your physical self who repeatedly became lost in the daily reality of your physical life.

And, NOW you are opening the portal through your own I AM Presence
to continually remind yourself in your daily life that “I AM Light.” By opening your portal of light through the Lower Astral Sub-plane, and connecting that portal to the
Emotional, Mental and Causal fourth dimensional Sub-planes,
you have created a HIGHWAY TO your “I AM Presence.”

Your I AM Presence resonates to the highest peak of your Spiritual Sub-plane
to assist you to walk across the Rainbow Bridge into the fifth dimension.
This bridge is called “The Rainbow Bridge” because of the seven colors that
represent the seven frequencies of your light:

To walk the Rainbow Bridge between the fourth and fifth dimension, you will need to combine all the seven colors. Each “color” of light represents a different “frequency” of light. The different frequencies of light have been separated into different bandwidths.

If all of the filters that create the separation into different colors were taken away, you would only perceive, as well as BE, White Light. The third and fourth dimensions are constructed by placing filters into the ONE light to separate the light/reality into
7 different frequencies of that light.

In the same manner, when you take a physical form, you have 7 different, and seemingly separated, chakras that represent the 7 octaves of your separated consciousness.
When you pull out the filters that created the separation of your self from your SELF, the “different colors” blend into the ONE color of White Light.

White is the color of all the “separated” colors merging into the source of the ONE white light that bravely separated itself with third dimensional filters to perceive the third dimensional frequency of reality. On the other hand, black is considered to be total lack of light. Any small rays of grey represent the infiltration of light.

We, the Arcturians, now turn our message over to the majestic and transmuting planetary being, your Earth Mother, Gaia:

Thank you dear Arcturians. I, Gaia, wish to thank all my sentient beings for assisting me, your planetary Mother. Within this great joining of personal and planetary light, WE, people and planet, can welcome and embrace the birth of our fifth-dimensional reality.

I ask you, my humans, to consciously feel how your resonance is rising into higher and higher dimensions of reality. As you consciously focus your attention on the portal you have opened, even your most mundane third-dimensional endeavors will take on the glimmer of fifth-dimensional light flowing through your opened portal.

I also ask that you assist me to restore the true beauty and vibrant life of my true form. Hence, whenever you experience any ripples of dissonance or disharmony in your human or planetary body, I request that you channel through the higher frequencies of your Spirit into the physical frequency of Matter.

Just as the separation of light creates the different colors/ frequencies of your physical form, your separate intentions create third-dimensional differences rather than fifth dimensional unity.
Do you understand now why the dark ones developed a reality based on competition?

Competition separates humans into the judgment of who is better or worse. Then, the “better ones” control, and the “worse ones” are controlled. Eventually there is a conflict, which stimulates a great deal of fear. This fear lowers your consciousness into the lower astral plane.

Then, through their shared, unity consciousness, they can assist each other into the next frequency of the fourth dimension, which is the emotional sub-plane. Shared positive emotions, especially the feeling of hope, have a great bonding ability. After the frightening experiences of feeling “cast adrift in a hostile world,” hope is a great emotional boost.

Then, those who have seen the Light of their own thoughts can assist the former lost ones by inviting them to join into unity consciousness with thoughts of awakening and creating a new reality.

In this way, your united emotions of hope and thoughts of unity create powerful thought forms based on the ongoing hope of unity consciousness. These thought forms, which are created in the fourth dimension, flow into the third-dimension to plant the seeds of change.

I, Gaia, ask that you consciously monitor your self and maintain an active awareness of how your interactions with daily 3D life alter your consciousness. You see, my dear humans, you are meant to be the “interpreters.” You have evolved into your individual consciousness so that “each” of you could maintain a continuous, conscious perception of the energy fields and thought forms of your daily life.

Remember dear humans that you are to be the Keepers of my Land. The Cetaceans are serving as the Keepers of my Waters. When you allow your consciousness to merge with the Cetaceans, you will greatly amplify your ability to transmute my land and water into their fifth-dimensional resonance.

Unity Consciousness is the key to my/our (planetary and personal) return to our fifth dimensional expressions. Just as the frequencies of light were separated into different colors, the frequencies of your thoughts and emotions have been separated to primarily perceive and interact ONLY with the third dimension.

The dark ones have fought against all of our ascensions because they know that they are NOT capable of monitoring their consciousness, reactions, and interactions with all life. They know this because there is a consciousness lock on their brains.

Because, they have no conscience regarding how their own energy fields affect others, they are unable to move into any state of unity consciousness. Therefore, they exist as individuals ruled by the one that has “power over them.” Competition with each other is greatly encouraged. This competition keeps their powers separated and, thus, diminished from their greatest potential.

However, once you have become the Master of your emotions and your thoughts, your consciousness will expand into a frequency of perception that even their machines and AI’s cannot perceive. This fact also frightens them. They are afraid that they will “lose” the competition to take over your world.

What you may not realize is that, because of their consciousness of power-over-others, the only world that they could “take over” is the third dimension and lower fourth dimension. Meanwhile, because of your service and co-operation, these lowest frequencies of my astral body are transmuting into a higher resonance.

Thus, as my beloved humans who have served and loved me for myriad incarnations, work with me to transmute OUR Earth into the fifth dimension, the “power-over game” will be called off.

“We are sorry power-over-others beings, but the game has been closed because you, our competition, can no longer resonate to the frequency of the playing field that WE, persons and planet, have created.”
When WE, persons and planet, raise the resonance of planet Earth, the lost ones may even realize that unconditional love FEELS better than domination.

I, Gaia, suggest that as we welcome the dawning of our transmuting planetary reality that we offer Unconditional Love and Violet Fire to ANY being that has become trapped in the “power over others” game of the lower dimensions.

As we create OUR reality with the force of unconditional love and unity consciousness, we work within the NOW of the ONE to  Unite our higher consciousness with OUR fifth-dimensional Earth.

With Infinite Wisdom, Multidimensional Power, and Unconditional Love, please remember and to continually repeat the Mantras of:


Every where WE look
WE choose to see New Earth.


Every thing WE hear
WE choose to hear New Earth.

Every word WE speak
WE Create New Earth.


Every choice WE make
WE Choose New Earth.
Every step WE take
WE Ground New Earth.

Thank you dear humans,
Gaia and the Arcturians 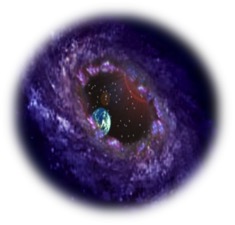