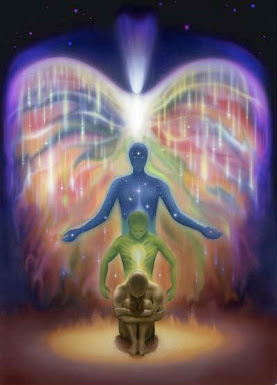 BY THE ONES WHO FORGOT TO FORGET

I am asking you within this NOW to assist us, the members of Earth's humanity, to understand what is really happening to our beloved planet Earth, also known as Gaia. I have always felt that you, the members of our Galactic Family, are always around, beyond and above us, as well as "within us."

WE are the "Ones who forgot to forget"

What is it that we "forgot to forget?" We forgot to forget that there are other, higher frequencies of reality. Some of us, in fact, more and more of us, are beginning to remember a certain family that resonates to another reality.

"What is a third dimensional human?" one may ask. In fact, more and more of us are beginning to remember, imagine, dream about, and/or desire to learn and/or remember more  about that which is just beyond our ability to fully remember and experience.

Gaia wonders why her humans have somehow allowed the vast destruction that has been occurring on Her planetary body. Fortunately, there are awakened humans who are also wondering what is happening to Gaia, and why it is happening within this NOW.

Why now, and How can all this horrible destruction occur?

Gaia has suffered many difficult times of upheaval, wars, storms and fires. However, the fires that are occurring now, in more and more parts of western United States are a call for humanity to examine how this vast destruction could occur.

"Why, why is this happening?" many humans are asking. However, Gaia cannot answer these questions as She is too busy fighting for Her Planetary SELF.

Yes, we understand that humans seldom think of Nature as being a REAL Being! However, all the beings of Nature, including the many humans who also love nature, and also loved the homes, and entire neighborhoods, that were lost, the air that is toxic, and the many trees, plants and animals that are all fighting for their lives.

Yes, in every third dimensional reality there are good times and difficult times. However,  these "difficult times" are much, much worst than just "difficult!" These are times in which humanity, who is supposed to be the most evolved beings on the Gaia's Earth, is suffering WITH Gaia's Earth.

In fact, these "primitive ones" believed that they could get directions about how to live their lives by looking into their fires, walking the Earth, smelling the air, and entering their waterway, so that they could better communicate with Gaia in a very intimate and sacred manner.

But, then the humans became "civilized!" Then the humans where better than the elementals of Earth, Air, Fire, and Water. They were too "advanced" to think of Nature as a "Living Being."

The humans no longer noticed when Gaia was calling them to "provide a sacred ritual," "talk with the ancient Ancestors," "Communicate with the animals of the forest, the birds of the sky, or the messages from their small fires, or by bathing in  Gaia's sacred waters.

The primitives knew how to communicate with all of life

because they were PART of all of life.

In fact, the world around them was also within them, above them and below them because           the Earth, the Air, the Fire, and the Water was ALL sacred.

And then... The "white man" came and NOTHING  was sacred to them, except for money.