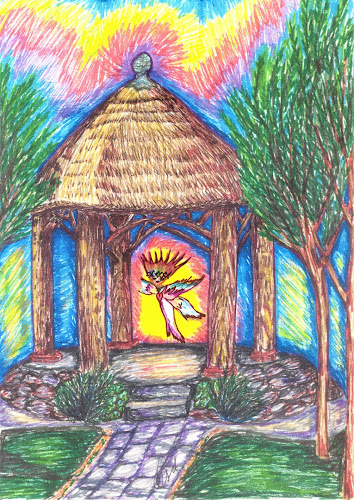 The many awakened humans on Gaia within this now are actually Galactics who have volunteered to take a human earth vessel to best assist Gaia! Gaia is also know as Mother Earth. Gaia is indeed your Mother as you, “The Awakened Humans on Earth” were once members of those who are now known as “The Galactics.”

Humans who have traveled up into the outer space, or to very higher mountains and/or deep into the earth, would likely, also, have a different experience of what is "normal."

In fact, as more and more humans expand their consciousness beyond the "third dimensional normal" consciousness, and into the fourth, and especially the fifth dimensions," have expanded their concept of "normal."

Then, as more and more Galactics determine that humanity is able to embrace seeing their Star Ships in the sky without fear and/or anger, we Galactics will allow our Ships to be more visual to the "Third-Dimensional Humans" on Earth. By the term "Third-dimensional humans," we mean the humans who are often unaware that there are higher frequencies of reality.

Then, more and more humans will begin to allow themselves to believe that there is much, much more to Gaia that they could believe in while they still appear to be limited to their third dimensional states of consciousness.

However, those who are ready, and willing, to assist Gaia's Earth, will be able to remember to call upon the Fifth Dimensional Galactics to assist them to heal, and re-birth, Gaia's beautiful planet!!

Eventually, in a dream, or a very deep meditation, these third dimensional ones begin to sense that  they  believe in Higher Realities! They may not know WHY they suddenly believe, or WHY they have gradually allowed themselves to allow themselves to expand their consciousness into the Higher Worlds of the Higher Fourth and Fifth Dimensions.

They are soon aware that they do not perceive these realities in their daily live. However, they often, or even usually, they have these experiences when they are dreaming, having a peak experience, walking in Nature, looking up into the sky, or deep into the waterway.

At first, they may not remember their dream life, but as they begin to realize that they can "imagine" that there are higher dimensions of reality.

At first, they do not totally believe that they could ever have a higher dimensional experience--and so they do NOT!  But, little-by-little they begin to remember dreams, or see a movie, or talk with a friend, or just look up into the Stars and feel like something is there!

In fact, if they continue to look up into that which they have not yet experienced, they just might begin to remember that long ago, or when they were a child, they had an experience that was unseen, but so very filled with a recognition of a place, a Star Ship, a different place with different looking beings that are filled with love and sparkled with light.

"Could that be real?" they ask themselves.  Then, maybe, they get an answer.  Maybe, they even hear deep inside themselves:

"YES, YOU ARE REALLY FEELING US, BECAUSE WE ARE YOU!"

we are YOU, and you are US

in a higher frequency of reality!!

YOU have chosen to remember.

Which, it is the beginning of your rebirth into SELF! 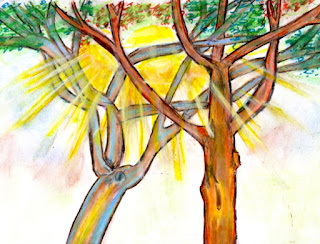