The Power of the "Primitive ONES" The Arcturians through Suzanne Lie

The Power of the “Primitive ONES” 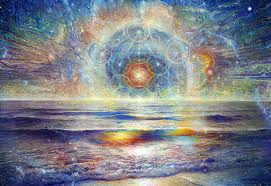 The Arcturians through Suzanne Lie
Dear Arcturians,
Do you have a message for me to share with all the many awakening and awakened ones?

Dear Grounded Ones,
We always have a message for any of Gaia’s Grounded Ones who are now wearing an earth vessel on Gaia’s Earth. We are very pleased to observe how more and more of Gaia’s humans are beginning to remember, or never forgot, that Gaia’s planet is a living being.

When humanity was “primitive” the beings of Gaia were VERY aware that the planet on which they lived was a Living Being. In fact, these “primitive ones” worshiped Gaia, and took on the responsibility of protecting Her, and having many rituals to Honor their Mother Gaia.

These “primitive” ones knew that it was their responsibility to take care of their planetary home, and to have regular rituals in which they fasted, meditated, and gave offerings to Gaia.

They also had rituals to remind themselves of the great responsibility that they had to protect the elementals of Earth, Air, Fire, and Water, which were vital for Gaia, and for Her humans' survival.

But then the “primitives” became “modern man” who had largely forgotten that their Mother Earth was a living being who needed Her human inhabitants to take good care of Her Earth, Air, Fire and Water. These four elements were needed for humans to survive on Gaia’s Planet.
Gaia’s Planet is now also known as Earth. However, when the Sirians came to Earth, they did not Love Gaia’s Earth, Air, Fire, or Water. They came from their distant homeworld to take from Gaia what they needed, or wanted.

Worse yet, they took from Gaia without any concern for the fact that Gaia was/is a living being who needed all her third/fourth dimensional elements and elementals, in order for Her planet to thrive.

When the Pleiadians became aware of the damage that the invaders from Sirius were doing to Gaia’s body,they decided that they, too, needed to visit Earth to assist Gaia to send these destructive invaders back home to Sirius.

At first, the “Pleiadians,” were very successful with banning the Sirians from Gaia’s Earth. But, then, the Pleiadians had problems in their area of space and could not give Gaia all the assistance that she needed. However, as many Pleiadians as possible stayed on Earth to assist Gaia to stave off the dark ones.

These “Dark Ones” were harming Dear Gaia’s pristine planetary body. Many of these Sirians took the form that was known on Gaia as “humans.” The Pleiadians, who were Gaia’s protector, also took human forms when they went to Earth.

Then there was the challenge of experiencing power over others, fear and anger. On their Pleiadian Home worlds, they only experienced “unconditional love and power within.” However, the Sirians, who had also come to Gaia, lived by “power over others.”

Before the dark ones came to Earth, sweet, beloved Gaia could easily maintain Her loving essence of a beautiful Earth to live on. Gaia was filled with abundance. There was always clear air to breathe, enough tree branches to offer shade from the Sun and old, broken logs to create warm fires, as well as abundant lakes and waterways to drink of the water, and to travel on boats from place to place.

All was good! Gaia was happy, and so were most of Her human inhabitants. Gaia’s plants, animals, waterways, and Sunlight allowed the inhabitants of Gaia’s planet to live in abundance and peace.

But then the dark ones discovered Gaia’s pristine planet and decided that they wanted to take it for themselves. The “Dark Ones,” as they were named, did not worry about keeping the water clean, or the sky clear, nor did they allow Gaia’s earth to choose what plants grew where.

These dark ones even polluted the sky with the fires that they used to clear off the forests so that they could make their houses. They also sullied the fresh waters and the air was tainted with the many fires, as well as the forest fires, so that the was no longer blue and clear.

These Dark Ones were later named the “humans.” The humans were actually Galactics who had come to inhabit, honor and protect Gaia from the vast destruction that they could feel would soon threaten Gaia’s pristine world. However, too many of the “humans” became greedy about the many beautiful parts of Gaia and wanted to keep them just for themselves.

Who were these “humans,” and why were they eventually called “the dark ones?” Initially, the “humans” were the very Pleiadians, Antarians, Venusians, and all the members of the first Starships that landed on Gaia and claimed that land as their own.

It was the “claiming Gaia as the property of the landing Galactic ones” that began Gaia’s demise. At first, the Sirians began to fight with the Pleiadians about who got what land, what water, what woodlands etc. Eventually, the formerly peaceful Galactics, fell into “different” Galactic Groups.

It was the “difference from each other” that began the beginning of Gaia’s demise. All the different Galactics from different areas of space wanted a part of Gaia’s land. Therefore, they began to fight over who got what land.

At first, there were meetings, and civilized talks between the different Galactic Beings.
However, something happened that they never thought would happen. Gaia was NOT just a planet made of rocks, water, sunlight, and massive waterways.

The planet Gaia, was (and still is) a LIVING BEING. “How can a planet be a living being?” we hear you ask.

Our first answer is that Gaia’s innate frequency is of the fifth dimension. Therefore, while Gaia was still resonating to Her innate fifth dimensional frequency of love, light, community and instant forgiveness, She was able to depend on the innate function of the living trees, that communed with the water, who cooled the air and kept the earth fertile.

As long as Gaia was a “living planet,” all of Her inhabitants could live together in a peaceful, loving manner. However, when the first Sirian invaders came to Gaia’s planet, everything began to change because “power over,” “greed,” “possession,” and eventually, WAR came to Gaia’s pristine planet of LOVE and LIGHT!

You can imagine Gaia’s grief. The human ones, who were supposed to be the most evolved species on Her planet, were harming Her beloved Planetary Self. It is sad to tell of all the damage that was left on Gaia, as the humans had more and more wars,  as well as other means to greatly harm dear Gaia’s body.

However, Gaia had grown loving feelings for Her humans. She had observed how humans sought to evolve their physical forms, and love and protect all the beings who lived on Gaia’s loving planet.

Within some eras the humans learned/remembered that Gaia was a living being. During those eras of “enlightenment,” humans were experiencing a “peak society” in which love, light, studying and deeply engrained concern for Gaia’s Planet was magnified by the people with their love, dedication, and ability to revere ALL life.

There were no life forms that were better than or worse, then, as all the humans, animals, fish, birds, and all the beings were components of Gaia’s Planetary Being. None of Gaia’s people were better or worse. Dear Gaia was a Planetary Being who echoed and expanded the energy field, Unconditional Love!

The “primitive ones” were forgotten, as were all their powers. All the “primitive ones” could do was try to protect their family, their selves, their land and their water from the “human beings,” who seemed to have come more and more from other planets, such as Sirius, that cared more about conquering than they did about loving.

Then, the “long dark nights” of running, hiding and trying to survive became much more common than sitting around a fire and singing a happy song. “What has gone wrong?” asked the “primitive beings,” who were actually much more intelligent than the “invader ones,” but they did not have the weapons to protect themselves.

“Why did this happen?” cried the ones who had only been trying to warm with their guests from the sky. They received no answer, and as their lives became more and more dangerous, there was no time for questions.

Fortunately, every now and then a Master came to assist them, but these Masters were often killed by the very ones that they had tried to assist. We see that you, the reader, is becoming a bit depressed by the truth of this story. However, we ask that you remember to remember that YOU have something that the “lost ones” cannot find.

You, the Ones Who are Ready to Remember, can decide to Remember that there is LOVE and there are Higher Beings who have come to Gaia’s Earth to assist Gaia and ALL Her inhabitants to remember how it was and how it can be again.

You ALL have a Higher SELF whose resonance is NOT limited to the third dimensional earthly reality. Many humans are only using about 10% of their brain's full capacity.

However, if you can connect with the innate Unconditional Love that is constantly being sent to you via your own Multidimensional SELF, if you can Unconditionally Love even 10% of your true Multidimensional SELF, YOU will greatly evolve your consciousness beyond the limitations of only using 10% of your higher potential into even 50%, or more, of your innate inner powers of:

Remembering your Higher Dimensional SELF, deciding to expand your consciousness down into the Core of Planet Gaia. You all wrote your “Ascension for Gaia Plans” before you took your present earth vessel.

And, if you can believe that the Third Dimensional YOU, and/or your Third Dimensional consciousness, expands beyond the limitations of your physical world, you will have the JOY and Honor of meeting with your own Higher SELF.

You innate higher dimensional expression of SELF is the core of your being. A Multidimensional Being. You have chosen take a third dimensional earth vessel so that you can better understand how YOU can assist dear Gaia, who is also a fifth dimensional planet, but currently limited by the overflow of humans only perceiving their third dimensional body.

What would happen then?

Our response is: YOU WOULD BEGIN TO REMEMBER YOUR SELF!