Inter-dimensional Knowing and Unconditional Love -- The Arcturians through Sue Lie

Please check it out at: 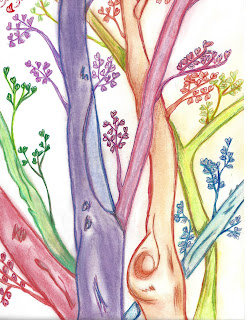 Dear Arcturians,
Do you have a message for me and my readers today?

Yes, we always have a message for anyone who wishes to communicate with their own Higher Expressions of SELF. Yes, you ALL have higher expressions of your third dimensional self because you are allMultidimensional/Interdimensional Beings.

Yes, you are our dear volunteers to take leave of your true, fifth dimensional and beyond  SELF in order to wear a third dimensional earth vessel. We say “earth vessel” because you are NOW wearing the vessel that allows you to take an incarnation on Gaia’s planet, which is usually known as Earth.

Why did you make such a sacrifice?

You made this personal sacrifice in order to assist the Planetary Being Gaia, or Earth, because your Galactic SELF knew what a loving, beautiful, and very old planet called Earth, was in grave danger. This danger was coming, not from other planets, but from the human inhabitants of Gaia’s Earth.

Fortunately, many Galactic Beings who have evolved to resonate to the fifth dimension and beyond, have taken a third dimensional, human form to better assist dear Gaia.  Gaia is usually known as Earth to the humans, but known as Gaia by Her Galactic Family.

The reason why these Galactics made the huge sacrifice of wearing a third dimensional human form was because too many, if not most of the “human beings” on Earth, were unaware that the planet Earth on which they live is a Living Being.

Hence, because many of the humans who are living on Gaia’s Earth during this NOW are not aware that they are actually living on an ALIVE Planetary Being.

Therefore they feel free to:
--leave trash on the street, or the yard…
--to pollute the air with the many cars that they drive…
--to throw trash into the water ways…
--and not notice that they are responsible for the bad air, polluted water …

“What is happening on Earth?,” we ask from our fifth dimensional perspective.
“It must be time to ask our Galactic Volunteers to to take an earth vessel and become  humans on Earth.

However, none of our Galactic Volunteers could imagine how much damage the humans were actually creating. Also, many of the rulers of Earth, such as the Presidents and other leaders, are more concerned about their own life, and do not seem to care about their planet.

The base of this behavior is that too many people get too addicted to what “money” can buy them, as well as how much power their “money” can give them.

We Galactics had no idea what this substance called “money” was.  Therefore, some of us, in fact, now more and more of us, have decided to take an earth vessel in hopes of educating the humans who seem to care more about money and power over others then they care about dear planet Gaia on which they live.

Fortunately, there are some humans, most of them of Galactic Heritage, who usually do remember, or can, at least remember that the planet on which they live is becoming more and more damaged each day.

In the Galactic NOW in which they made this promise, they were wearing a higher dimensional, usually higher fourth or fifth dimensional, Galactic Vessel.  None of these brave Galactics could even imagine how “lost in personal selfishness” many of them would become.

We Arcturians and Pleiadians remember the shock of first taking a third dimensional human form. We had never experienced fear in the manner that the Earth Humans do, and we had not had any wars for many, many millennia.

Males and Females were not separated from each other, and there was NO hierarchy as to one gender being “better” than another gender. In fact, there are many fifth dimensionals (as we call them) who have chosen to take on a form which has no gender.

In fact, we Galactics live within a higher dimensional/multidimensional reality which we have chosen in order to experience within the NOW of the ONE in which there was a “Unconditional Knowing” of our “Multidimensional Being.”

Therefore, we Galactics do not experience “time” and “space” in the same manner as the beings on Earth. We say “beings” rather than “humans” as many of us have chosen to take on incarnations in which our form could not be named via your human knowing, and/or, we may not have any form at all.

The formless ones are sometimes experienced by humans as “an inner voice,” or as “a very special feeling that is filled with happiness and a sense of “deep knowing.” The formless ones can take on a form, and occasionally, very occasionally, they reveal their “form” to humans who are on the cusp of resonating to their own fifth dimensional expression of SELF.

This resonance of one’s Fifth Dimensional SELF can only be experienced when that human, or Galactic, has filled it’s being with Unconditional Love and Interdimensional Knowing.

The power of Unconditional Love assists that Being to “Love ALL Life,” and also gives them the ability to experience the many differing manners in which they can experience, know, and share that which they have experienced.

It is vital that when one receives these gifts of Interdimensional Knowing and Unconditional Love, that they pass it on into the heart of the reality which they are experiencing.

Interdimensional Knowing, is the ability to “know, understand, look for, receive and accept” information that they “somehow” understand is coming to them from a higher frequency of reality.

How do they know that? The answer to that question would likely be expressed in different ways via different people. However, the “feel” of Interdimensional Knowing surrounds the heart and mind to leave a strong feeling of “deep inner knowing.” This deep knowing will best be understood if the receiver of that gift allows the “knowing” to be free—that is without a cost or need to pay for it in some manner.

This Inner Knowing often feels like a memory of something that you always knew, but for some reason forgot. Likely this “forgetting” was a symptom of remembering. Yes, we know that statement is confusing to third dimensional thinking. However, remember we are taking about “Interdimensional knowing,” which is quite unique to one’s third dimensional brain.

In fact, too many humans do not think about their “knowing,” as they are too busy searching for the “being” that they wish to experience. However, there is no separation between the Unconditional Knowing that listens to and integrates the messages from one’s own  Multidimensional Being.

“How can one person do all that?” we hear you ask. Did you forget about your Unconditional Knowing that can answer all your questions if you allow your SELF to acknowledge, experience, and attend to your own Multidimensional SELF. Your Multidimensional SELF is not limited to just one frequency of reality at a time.

We say “Gaia’s surface,” because the Core of Gaia is the entry way to an entirely different expression of Gaia. Just as your human inner being is often something that you do not share with others, Gaia’s planetary inner being (Her planetary core) is quite different from Her Planetary Surface, and seldom shared with third dimensional human.

Is there a better gift than your remembering your own Multidimensional Being who gave you the Unconditional Knowing of “How to LOVE your own Personal and Planetary SELF!”