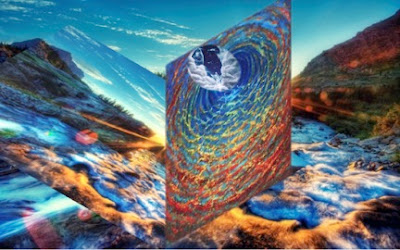 Dear Arcturians,
Do you have a message for me to share?

Yes, we would like to talk with you all, meaning everyone who reads this inter-dimensional message. First, we wish to remind you all that when we speak through one of our channels, such as Suzanne Lie, we are speaking to everyone who finds themselves reading our information.

We Arcturians are happy to report that there are are more and more humans who are activating their own manner of “inter-dimensional communication.” Interdimensional Communication simple means that you are having a communication with a higher frequency of your own Multidimensional SELF, and/or communications with higher dimensional beings.

A “Planetary Ascension” is when an entire planet expands its frequency range from the first through third, into the fourth dimension, and then into the
“ascended” fifth-dimensional planet.

Very often, the fifth dimensional, planetary expression of reality is known as “Heaven” which life forms will enter when their third/fourth dimensional Earth is no longer connected to their third-dimensional human form.

If the earth-bound human has chosen to acknowledge this innate, yet often unused, component of themselves, they will begin to remember their other incarnations, their life on their Starship and the adventures and experiences of a fifth-dimensional reality.

If a human does remember these important components of themselves and chooses to establish a daily communication with this higher dimensional component of their own Multidimensional SELF, they will also begin to remember the higher fourth and fifth-dimensional experiences that they are experiencing.

These “experiences” are often called “dreams,” “daydreams” and/or “imagination.” These words are chosen as then they do not carry a sense of responsibility to listen to, document and share their higher dimensional messages with others.

We realize that it takes a great deal of courage to allow others to know that you are having experiences that many humans may title as, “fake, make-believe, just a dream, or total nonsense.”

We, your Galactic Family, remember each and every ONE of you who have managed to remember your TRUE SELF in the midst of the lies and illusions that have been sent out by the dark ones so that they can maintain their “power OVER others.”

Power over others is what the “un-awakened ones” need to experience in order to have any connection with a powerful component of themselves. However, these Lost Ones do not realize that they need to have power over others because they cannot find, and live within their own INNER POWER.

In fact, if Inner Power is used to have Power Over, that inner power will be lost. The reason why one’s inner power becomes lost by using it for power over is that their consciousness will no longer resonate to the higher fourth and fifth dimension when one misuses their inner power as a means to express their Inner Power.

Inner Power is a higher fourth and fifth-dimensional frequency of expression. If one uses their Inner Power to have “power over others” their Inner Power will be replaced by “Selfish Power.” Selfish Power is when one keeps their power inside to only be used for themselves. However, these selfish ones do not realize that Power needs to “give to others,” and not to be “saved for one’s own self.”

Real Power acknowledges that all of Gaia’s beings, such as plants, waters, skies, air, etc. need to be cared for and respected. Real Power means that humans want to use their Inner Power to keep the skies clear, the water pure, the earth free of the poisons that are used to “help things grow” even though it may destroy the earth.

Unfortunately, those who use whatever power they have to gain “Power OVER others” are working against the ONE rather than with the ONE. The “ONE” in this case means the “collective balance of Earth, Air, Fire, and Water that allows Gaia to “keep in rhythm with Her entire Planetary SELF.

When human think of Gaia as a living being who is sharing Her “Planetary Form” with the small beings known as humans. These small (small in comparison with the size of the entire planet) know as “humans,” came from other planetary systems to inhabit the planet Earth.

Everyone had great hopes for Earth, as she had such a great position within Her cycle around the Sun. Hence, for many millennia Gaia, the name that was lovingly given to Her, lived a beautiful jewel of a planet. That is until the humans began “take what they wanted” with NO consideration how they would be harming the very planet on which THEY chose to incarnate.

Something went wrong! Over time, the humans who had come many other planets and even Star Systems to experience the Paradise known as Planet Earth began to think of dearest Gaia, as a “thing that they could take from others, buy from others and OWN as their property.

When they thought of their home on Gaia as “their property” they forgot that Gaia was a living being and could “die” just like the humans eventually died. Therefore, since the humans knew that they would “die” they grabbed onto, stole, owned, harmed and took power-over the land that was never really theirs.

This land, no matter how much of their sacred money they spent to have, always did and always would belong to Gaia—the Mother of planet Earth.  When the humans were “primitive,” they thought of Gaia as a living being. They respected Her, had ceremonies to protect and communicate with Her.

But then the humans evolved.  Actually, in their relationship with their home planet, humans devolved. As humans “evolved” they stopped having the sacred ceremonies to honor dear Gaia. They no longer thought of Gaia as a huge circular being that was fully ALIVE.

Then, humans stopped worshiping Gaia and began “owning Gaia.” They used their money, which came from the Gold that they found inside of Gaia’s body and took it for themselves. Then they used the Gold, which eventually became “money” to buy what they wanted to own.

Then, once they owned the land, they started to damage it. They also damaged the waters and the skies. But the humans did not care. It was a big planet. If they ruined a certain area, they would just move on to destroy another area of Gaia.

The Galactics, who lived in the higher dimensional worlds that surrounded the third-dimensional world of Gaia, tried to awaken the humans to the fact that if they were harming their own home. But it was a big planet, so once they damaged one area, they would just move on to another area.

However, some of these areas had long been under the loving guardianship of the “primitive” humans who had lived in harmony with Gaia for millennia. But this new version of humans had become so lost in their need to take over whatever they wanted, killed many of these native beings so that they could eventually ruin that area as well.

And so, the destruction of the Heavenly World of Gaia begins. As the humans evolved, many – too many—of them chose to be DESTRUCTIVE rather than CONSTRUCTIVE with their management of the property that they had stolen for the “Native Ones” who had always loved and protected Gaia.

We, the Arcturians, Pleiadians, Venusians and other beings from other areas around Gaia took incarnations on Gaia to try to assist her. However, since they were NOT on the side of respect and love for the planet that gave them a home, they thought of Gaia as a thing.

Because they were so small and Gaia was too large, they wanted to own Her, take form Her, damage Her so that they could get what they wanted right now, for free, and with NO respect, or even knowledge, that Gaia is a living being!!

If they did know that Gaia was a living being, they did not care.  Then went around  Gaia’s earth taking what they wanted and killing those who stood in their way. This was NOT a good beginning for Life on planet EARTH!

But now humanity is “evolved,” “educated,” even “religious.” However, have they changed their attitude towards the Planet Gaia that had given them a home?

The answer to that questions is hard to find, as many will say they care for their planet, but what do they DO to TAKE CARE OF THEIR PLANET?

This is a question that those who love Gaia, know the answer, and those who do not care about Gaia, will not care to answer the question. They are too busy making money so that they can do more things that end up harming Gaia.

When will humanity realize that Gaia needs them NOW?
Contact your own Higher SELF to answer that question!

Blessings from The Arcturians
Posted by Suzanne Lie, PhD at 9:51 AM