Attachment to Your Higher SELF The Arcturians through Suzanne Lie

Attachment to your Higher SELF 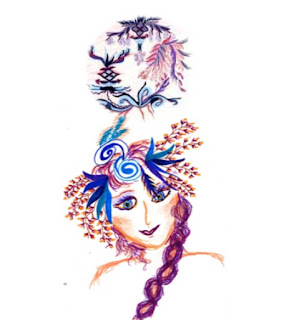 We are the Arcturians, are here within your NOW to share with you some information about your Galactic SELF. First, ALL of you have a Galactic SELF. Even those who are working against Gaia's ascension into the fifth dimension are Galactics that have fallen from and/or forgotten their true Galactic SELF or were "fallen Galactics" who came to Gaia and were corrupted by the dark ones, as well as from the fear and anger that is common on dear Gaia's planet.

Long before the "dark ones" came to Gaia to try to live their reality based on "power over others," Gaia was a pristine planet based on Unconditional Love and Multidimensional Light. We, the members of your Galactic Family, realize how difficult it can be to live in Love and Light when there appears to be so much hate and darkness.

We are the members of your Galactic family who have remembered how to return to our innate fifth-dimensional SELVES. Since we somehow learned/remember our Star Ships and fifth-dimensional homeworlds, we have come back to Earth to awaken our friends and family who are still lost in the illusions of a third-dimensional reality.

We say "third-dimensional reality" as there are many frequencies of reality. However, once one is trapped within the illusions and limitations of the third-dimensional world, they forget about their own higher dimensional self. This forgetting is much like when your human self gets in your car, and then forgets where they were going.

The reason for the above analogy is to remind you how you forgot that you "left your Starship" in order to become a member of Gaia's human race. When you lived in the higher fourth and fifth-dimensional realities, you knew that there was a planet called Earth that was being greatly mistreated by Her residents, and was on the edge of yet another destructive event.

Poor Gaia withstood and somehow survived two massively damaging World Wars, as well as many other useless wars,  the horrid event of Chernoble, which most humans have forgotten, as well as the great pollution left in Her elements of Earth, Air, Fire, and Water.

Then too many humans wonder "What is wrong with Gaia?"  Unfortunately, "what is wrong with Gaia" is Her human population. NONE of Her other inhabitants harm her planetary body like the humans do. Therefore, Gaia is confused why Her supposedly most evolved species is also Her most destructive species.

Humans have learned to believe that earth, air, fire, and water that are vital components of Gaia are just "things.". They have chosen to believe that Gaia and all Her elementals are not alive so that they do not need to suffer any guilt about how they treat the "thing" that they can buy, conquer, and rule over called Earth."

These dark ones believe that Gaia and all Her Earth, Air, Fire, Water, and Elementals are their personal possessions. Therefore, they can steal, buy and/or conquer what they want to control and rule. They believe they can treat their Earth Mother this way because they stole it, bought it and/or conquered it.

Fortunately, more and more of our brave warriors who have taken an earth vessel to assist Gaia, are having some success with their campaign to educate humans about who they really are, that Earth is a living being, and that they vowed to assist Gaia to move into and through Her process of ascending into the fourth, and then, the fifth dimensional frequency of reality.

Then everything will be just fine - right? NO, in fact, once the illusions that protected you from the dark truths are revealed, you will be called on to consciously give service to Gaia and to ALL Her inhabitants. Do not worry about giving service to the dark ones, as they would not accept it even if you offered it.

However, you will be called on to release any attachments to the dark ones, and know that dislike, hate, and revenge ALL create attachments. We have seen that this part of the ascension process can be the most challenging. It is brave and strong to fight your enemy, but it is a great challenge to remain detached to your enemy.

Why do you need to remain detached from your enemy? Because if you allow any form of attachment to that which do not wish to experience, you can easily become "pulled into" the very frequency of reality that you know you are ready to realize from your experience of reality.

Your "experience of reality" means the manner in which YOU experience the reality that you have created for yourself via the great power of "attachment." But, what is "attachment?" Attachment is a form of interaction and/or intermingling, even--in fact--especially if you are NOT conscious of this ongoing connection.

"So does that mean that you must ignore that which is dark, selfish, mean and destructive?"

If and when you are ready to set a "special place" that you go to at the "same time," sit down, read something spiritual to set your consciousness, then get a paper and pen or open your computer to Word, so that you can easily document what you have received, you close your eyes and open your heart.

Then take some long, slow, deep breaths, as you put your hands on the keyboard of your computer, or your pen on the paper and say, "Dear ONE, what message do you have for me today?"

Soon, you will begin to hear words come from your mouth that can be recorded, or your hand will begin to type or write that which your Higher SELF who ARE your own higher dimensional expressions of your own self that is currently -also- wearing a 3D body, as well as whatever form you wear as your fourth, fifth and beyond SELF.

If you are reading this article, you have some form of attachment and/or commitment that you have consciously, or unconsciously, created, and/or remembered. The more often that you call on your Higher SELF, the more intimate your relationship will be with that higher expression of your own SELF.

Do NOT worry. You do NOT need to be "good enough" to have this connection, but you do need to have enough faith in what you receive that you can believe that it is "real" and enough love of your self to know that you deserve this connection.

We, your Arcturian and Galactic family, want you to know that YOU are VERY important to us, as you volunteered, and were chosen, to accept the great challenge of taking a third-dimensional earth vessel during this difficult time on planet Earth.

You were chosen for this mission because you love the Planet Gaia and KNOW that humanity has harmed Gaia's planetary self much, much more than they will accept. It is for this reason that YOU chose to take an earth vessel during your NOW to awaken humanity to the fact that Earth is a living being who can die, just like all living beings.

In fact, poor Gaia has already suffered greatly at the hand of humanity, especially when there are leaders who care much more for their own aggrandizement than they care for beings, and the planet, that they are supposed to be protecting, healing and communicating within a loving, knowing manner.

More and more of us fifth-dimensional beings are volunteering to take a third-dimensional body to assist Gaia in Her time of great need. If we need to land our Starships in order to rescue Gaia, even if it frightens the humans who have completely forgotten their own Higher SELF, we WILL land.

However, in the meantime, we will continue to awaken our volunteers to take an earth vessel, who have become lost in the polarities and illusions of life on third dimensional Earth.

In closing, we wish to send Unconditional Love and our Deepest Support to the many humans who have AWAKENED to their Higher Self and are already giving as much service as it possible on Gaia's dear conflicted planet. However, WE, your Galactic Family, will not allow humanity to do deadly harm to Gaia.

So look into the skies. If you see us coming, do not be afraid as we are coming to SAVE DEAR GAIA.

Blessings from your Galactic Family. We know that you who remember us will be openly embracing us, and are already remembering more and more of your own Higher Dimensional expression of your Multidimensional SELF.

Therefore, when we, your Galactic Family, come into your human awareness, know that we are here to assist Gaia with Her important PLANETARY ASCENSION.

Keep your eyes on the sky,
Your loving Galactic Family