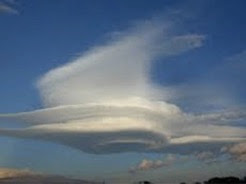 Message from the Pleiadian and Arcturian Star Ships

Greetings everyone. We, the Pleiadians and Arcturians are being called on by more and more of the beings on Gaia to assist humanity with their process of transmutation. The first component of self that you will transmute, will be your consciousness. Your consciousness is much more flexible and “transmutational” than your physical earth vessel.

However, in order to control your state of consciousness, you will need to be a loving mentor to your many thoughts and emotions. We, your Pleiadian and Arcturian family, realize how very difficult your third-dimensional reality can be.

Your “state of consciousness” is the frequency of the synaptic junctions within your physical brain, and it is greatly influenced by your reactions, and interactions, with your third-dimensional reality.

The emotions that resonate to your Hearth Chakra are more likely to direct your attention to be placed on that which you love and wish to experience. However, if you wish to have a certain experience of reality, you will need to go inside your own thoughts as what you think about, you bring about.

When a child is confronted with constant judgment, they often adopt the coping mechanism of pretending that “it does not hurt them.” Then, as they move forward into their adult life, they will allow self-judgment and/or judgment from others, to quietly move into their daily thoughts and emotions.

It is then, that they forget the loving, inner messages that come from their Higher SELF, and they forget that they are Galactic Representatives to Earth. Dear, brave volunteers to take an earth vessel during this NOW in which Gaia is being damaged and disregarded more and more each day, we the members of your Galactic Family, wish to remind you that YOU ARE NOT ALONE.

We see how so many of you are doing your best to assist Gaia, telling others of Gaia’s plight and are constantly sending Unconditional Love and Violet Light into the body of Gaia to assist Her with Her healing and her transmutation back to Her innate fifth-dimensional Planetary SELF.

The problem is the many humans are not yet able to perceive Gaia as a living being. Therefore, instead of taking care of Her and loving Her in the same manner that they would love a member of their family, they treat her as a “thing.”

It is for this reason that we, the members of your fifth dimensional Galactic Family, have come into the consciousness of as many humans as possible. Very often, it takes much of their “Earth time” before they believe that the planet is alive.

However, they know that the trees are alive, as they offer wood for them to build with and fruits that they can eat. However, only the awakened humans are able to think of trees, flowers, crops, animals, and Gaia as living beings that need the same amount of attention and love like humans. However, far too many humans see the Nature Beings as “things.”

They see the ocean as a place they can dump their trash and/or release the toxins from their ships. They see the air as something that is NOT harmed by pollutants or by the pollution from their cars and factories. This behavior is because they do NOT perceive the Earth as a living being.

Instead, they perceive the trees as something to cut down and use to make money for themselves. Do they care that they do NOT harvest the trees in an ecological fashion?  Yes, some humans do, but most humans do NOT have that perception.

Of course, anyone who would choose to read this post DOES care about Gaia, probably DOES try their best to send Gaia the Unconditional Love that She deserves. Many of us, the Galactics, have taken human earth vessels in the hopes that humans would listen to more if we appeared to be humans.

However, the many humans who do NOT remember their Galactic SELF or the mission that they chose to take on during this current embodiment, they cannot be of great service to Gaia.

Hence, we wish to take a moment within this NOW to ask that YOU go deep into your highest states of consciousness to remember the mission that you chose before you took your current earth vessel.

We will give you some clues by asking you some questions:

What do you LOVE to do?
That “love” is the doorway to the Mission that you chose.

What do you miss if you do not do it?
Please remember that you miss doing that thing because it seems to somehow “fulfill” you.

What did you LOVE to do as a child?
As a child, your imagination was more alive and a component of your daily reality. This is because your “imagination” is often that which you remember from your Multidimensional SELF.

But, fortunately, many of you did NOT forget your “imagination.” In fact, some of you decided to trust the inner messages that you received and decided to follow these messages that came from your own inner self rather than to follow the outer voices that too often said, “No you can’t do that!”

Your loving, inner voice, which is your own Higher SELF, assists you to release the constant hum of the outer voices that too often say, “NO you can’t.” With the release of the “no you can’t” voices it will be much easier to follow your loving voice that says, “YES you can!”

As you decide to follow the loving, sweet, inner voice rather than the often angry, or disapproving outer voices, you become stronger and stronger within your SELF. In fact, you allow your “childhood imagination” to get equal credit with the “outside authority figures.”

You learned at a young age not to discuss or reveal what your inner voice told you, but you may still have decided to follow some of the advice. However, as you grew older and more into adulthood, you became tired of hiding the YOU that you most enjoyed.

But, if you “came out” would your human friends not want to be around you? Therefore, you decided to keep these inner voices a secret from you outside world. However, because of this compartmentalization, you became two people.

However, as time marched on there were era’s of time, such as in the “Hippie Days,” that you could be the YOU that you most enjoyed inside of your own dreams, imagination, and desires.

Those of you who were able to advance to this free, explorative state of consciousness felt a “secret happiness” because you came to realize that you were NOT alone. You began to realize, and maybe even hear and/or communicate with Higher Beings. Sometimes you understood this inner voice, and sometimes you could not understand it, but you always enjoyed it.

You enjoyed the “unconditional love,” which was very rare in your 3D reality, but was becoming more and more common in your dreams, meditations and whenever you were in Nature.

Being in Nature made you feel that you were NOT alone. Instead, you were with Gaia’s many beings that you could not see, but you could hear. Soon learned that if you did not document what you received from this higher reality, your 3D mind could not remember it.

It was then that you began to wonder, “Why did I choose to take an earth vessel within this now?” The mere fact that you asked that question, made you remember that there was another reality that you simultaneously lived in, but could not quite remember.

However, if you wrote down your dreams and or meditation images and messages, you could read that message again and again. Then you would NOT forget your inner messages. Also, it was then that many of you realized that others were having the same experiences as you.

You discovered this fact because you were brave enough to share the “weird messages from higher beings.” It is interesting that it was fine to discuss the latest Earth disaster, the extreme weather, and other problems in your life, but it is not OK to talk about the Faerie you just say in the meditation you had that morning or the message you just received from your Higher Self.

Fortunately, there are more people who can have these discussions, but that group is far from the majority. Therefore, we, the members of your Galactic Family, ask that YOU, the brave members of our Galactic Family who chose to take a human form within that now, so PLEASE share your Interdimensional Experiences with others.

You can call it a “weird dream,” which is true that it is a “dream” a “deep desire” to return to the higher dimensional frequency of Gaia. In fact, as you share this desire, you will likely begin to remember more and more of your Galactic Life on an orbiting Starship and/or experiences from your fifth-dimensional reality.

You forgot because it was “unsafe” for many, many eras to share your inter-dimensional experiences. But within this NOW more and more humans are beginning to remember that they took an earth vessel within this now to assist Gaia. Most of the weather disasters are Gaia saying, “Help!!  I need your help!”

Most of the problems that have harmed Gaia are due to the earth humans inability to be good Guardians for Gaia. “Getting more money” has become more important than “saving Gaia.” But, what will the humans do with all their money if their weather is too extreme, huge floods and fires occur, and the entire economy collapses?

It is the NOW dear ones, to come to the aid of your planet! We, your Galactic Family, will assist you. In fact, many of “you” to whom we speak are also Galactics who chose to take an earth vessel during this NOW in order to assist with Gaia’s Planetary Ascension back into Her fifth-dimensional planetary expression.

Gaia is calling each and every ONE of you. Therefore, listen to Her call and assist your Planet Gaia to heal from the many, many, many wounds that have ALL been created, in some manner, by humans!

Dear humans, please remember that you chose to take an earth vessel on Gaia to heal Gaia, and to assist with Planetary Ascension! We, your Galactic Family, realize that it is very easy to become lost in the lies and illusions that fill your third-dimensional reality within this NOW.

However, it is humanity that created ALL of Gaia’s problems. Therefore, it is up to humanity to heal their planet before it is too late.

Blessings, we are your Galactic Family. We are here to assist you to assist Gaia.
Just ask for our guidance and we will remind you about “what you chose to DO to assist Gaia with Her Planetary Ascension.

Blessings
The Arcturians and your Galactic Family

They Are Here Video (UF0)

Above links to a great video. Check it out
Posted by Suzanne Lie at 1:32 PM