October 17, 2018
Dear Readers,
I seldom post articles written by others than by my personal channeling. However, it is the NOW for ALL of us to join into the ONE.  Therefore, I am posting: 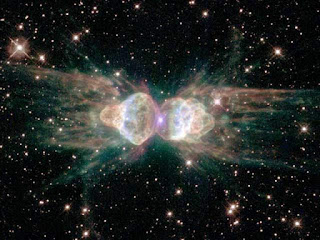 Raising the Vibration of the Earth!
By
Deborah King

Have you despaired over the condition of our beloved planet: global warming, rampant pollution, the rape of natural resources, and the propensity of humans to hate and kill other humans who don’t hold the same beliefs, skin color, or sexual orientation? Have you wondered what you, an individual, can do to change the way things are? As it turns out, you can be a powerful force for good. And if enough individuals are aligned in the same way, together we can do a LOT to help the planet come into balance at a higher vibratory level.

In 1905, Albert Einstein proved that as we break matter down into smaller and smaller components, we move beyond the material realm and into the place where everything is simply energy. This is the Law of Vibration, which is a law of nature; these laws are found in the occult teachings of ancient Egypt.

In the Law of Vibration, the lower the vibration, the slower something moves; the higher the vibration, the faster it moves. So the difference between the chair you are sitting on and the wind blowing through the window is really only the difference between the levels of vibrating energy, or frequencies. The chair, which seems solid and unmoving to the naked eye, is merely vibrating at a slower rate, while the wind blowing through the open window is moving much faster.

The same is true for emotions and thoughts. Fear, grief, and despair vibrate at a very low frequency, while love, joy, and gratitude vibrate at a much higher level. Positive thoughts vibrate much more quickly than dark negative thoughts. If a frequency is vibrating fast enough, it is emitted as a color of Light. If you wanted to convert sound to Light, for example, you would have to raise its frequency by forty octaves! Obviously, Light is a much higher vibration than sound.

When two frequencies are brought together, the lower always rises to meet the higher one. This is called resonance. Using the principle of resonance, you can actually increase the speed at which your body’s molecules vibrate by thinking and feeling love, joy, and gratitude. When our atoms speed up, we can reach higher dimensions of consciousness and the closer to Spirit or Source we become.

There have always been some humans on earth who knew that we have the power to control our mental/emotional forces. But the natural laws—the “secret knowledge”—was closely guarded by the few (so they wouldn’t be burned at the stake!). Now this knowledge is available to all who seek it, and this knowledge is what you can use to help not only yourself, but also the Earth. As a spiritual teacher, it’s my job to pass this information on to you.

When the mind is thinking positive thoughts and the heart is producing high level emotions like love and joy, they create an energy together that is transmitted into the universe. This wave will travel infinite distances and attract things that are vibrating at the same frequency. Lower frequencies will be raised up through resonance.

If you react to what is happening around you with anger or bitterness or fear, you are lowering your own vibration and sending out a low thought/emotion wave. Jesus said: “Agree with thine adversary quickly… “ (Matt. 5:25). He is talking about your adverse reactions, the low vibration of your resistance. “Agree” means to raise your vibration to get in tune with Source, to resonate with the divine flow.

When you are steeped in unconditional love—the highest emotional vibration—all your atoms are singing the song of life at its highest. You are no longer part of the problem; you are part of the solution to the problems of the planet.

One of the best ways to develop your vibration is in the study of energy healing and energy medicine – healing courses offer you opportunities to step up to the next level.  Check out our upcoming coursesfor one in your area or come by livestream.

So let your Light shine and send forth a positive vibration on Earth, and you will be helping to raise the vibration of Earth itself!