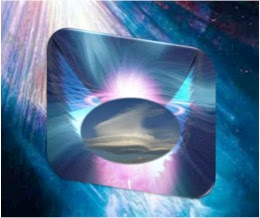 
The Arcturians and your Galactic Family
Posted by Suzanne Lie, PhD at 1:03 PM