Your Intimate Relationship with Gaia's Ascension--The Arcturians through Sue Lie

Your Intimate Relationship With Gaia’s Ascension 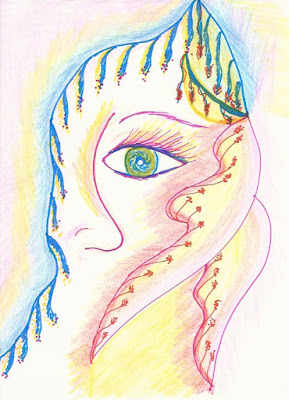 A house, a car, and any “possession” with which a human shares their aura on a regular basis, is greatly affected by the human's aura that intermingles with the energy field of every third dimensional person, place, situation or thing.

All reality is based on energy. Some of that energy is of such a low frequency that it attracts matter around it to become a person, place, being, or thing. Many of you will notice that when you enter the car of another person, you can feel that person’s energy field when you enter their car.

This experience of perceiving the fourth and fifth dimensional auras of your surrounding reality, expands your consciousness, and hence your ability to perceive the higher frequencies of reality.

Once you have a conscious awareness of the higher frequency persons, places, situations and energy fields, your consciousness, and eventually your physical body, will slowly, or quickly, adapt to those slightly higher frequencies of reality. This process is often called “Ascension.”

This slightly higher frequency is much like your first steps up a high mountain. The mountain is very high, and you may or may not choose to go to its peak. Therefore, you connect with the concept of deciding if you have the dedication that is necessary to “climb to the peak of a mountain.”

If you have the dedication to form an intimate relationship with Gaia, you will perceive the process of ascension as a planetary event. Within the NOW of that perception, your consciousness expands beyond your third/fourth dimensional human consciousness and into your fifth dimensional planetary conscious.

Once your personal Sense of Self has expanded to include your Planetary Self, your consciousness you begin the “own” and can more fully adapt to the fifth dimensional Gamma Waves of Gaia’s Soul. Yes, Gaia is a living being with a Planetary Soul in the same manner as humanity has a human Soul.

It can be very difficult for some of you to realize that you are just an individual person. If that is your situation, then you can remain within the third and lower, fourth dimensional consciousness until you have completed your total exploration of “being an individual.”

All reality will change, but since humans have “free will” they can consciously or unconsciously choose NOT to perceive these changes. Please remember that all perceptions are in alignment with the state of consciousness of the perceiver.

Therefore, when a person choses to remain in third dimensional beta wave consciousness, they will be calibrated to only perceive the third-dimensional, beta wave reality. Therefore, these people will not perceive any changes in their reality—YET.

On the other hand, those who have expanded their consciousness into the fourth dimension, astral wave reality, will have vivid dreams, and their imagination will perceive the possibility of a world based on unity and equality for all.

Those of you who have expanded your consciousness into the fifth dimensional, gamma wave consciousness will be able to see the “unseen.” For example, you will likely begin by perceiving auras, having “flashes” of the future that come true, as well as a growing sense of unity with all life.

As your consciousness becomes increasingly fifth dimensional, that which was formerly known as “time” will be replaced by an ever-expanding experience of each moment blurring into the experience in which you are engaging within that NOW.

As long as your consciousness continues its expansion into the fifth dimension and beyond, you will naturally fall into an intimate relationship with all life, including the entire planet Earth. Eventually, you will expand your “sense of self” to include being ONE with the Planet.

As your perceptions extend into higher frequencies on a regular basis, you will slowly, or quickly, be able to believe that what you perceive is “real,” even if that perception seems impossible to your third dimensional thinking. What is within this NOW is that more and more of you are beginning to consciously perceive the higher fourth and fifth dimensions of reality.

Of course, you can only do so when you are calm and centered enough to allow your breathing to slow, your hearing to expand, and your sight to focus on the energy fields that are is “just beyond” your physical reality.

Your challenge NOW is that Gaia’s higher resonance is revealing the many lies that you have been told, as well as the truths that are now entering your higher perceptions. These revelations can make your 3D life can feel pretty “bumpy.”

However, as your consciousness expands into consciously experiencing “moments of the NOW” you will begin to understand that which was once beyond your conception! At this point of expansion, you may become so disoriented that your consciousness may fall back into third dimensional thinking.

Your first excursions into the fifth dimension can appear to be “very brief,” or “not at all” because your third dimensional brain has difficulty retaining a memory that is “outside of third-dimensional time.”

This problem will be solved as your 97% Junk DNA is activated by the Higher Light. As the higher frequencies of light turns on more and more of what was once known as your “junk DNA,” many innate, but long forgotten, truths will be remembered.

However, only fifth dimensional Gamma Waves can only activate your 97% “junk DNA.” Fortunately, this “junk DNA,” is NOW being activated by the higher frequencies of light coming to Earth.

Hence, those of you who were only using 2% of your potential are suddenly, or slowly, using up to 98% of your potential. Within the NOW of that leap in personal potential, you will be called on to make decisions regarding the degree of commitment to Planetary Ascension that you wish to hold in your heart.

This decision will determine what you will need to change and/or release in order to continue your dedicated service to Gaia. Some humans may decide, “No, I don’t think I believe in this planetary ascension thing. I just want to create a good life for me and my family.”

Others may say, “Yes, I want to assist with planetary ascension in any way that I can. Therefore, I will let go of that which interferes with my ability to assist with Planetary Ascension – no matter what.” In order to fulfill your “goal” of ascending with Gaia, you will need to love Gaia much more than you love your third dimensional goals and desires.

Dedication, devotion, commitment, perseverance, and loyalty to planetary ascension are necessary for you to complete your process of returning to your fifth dimensional expression of SELF.

In fact, it is your own higher dimensional SELF who will guide you through the challenges of daily life, your intimate relationships with others, as well as your expanding relationship with your self and with your planet Gaia.

Unconditional love and personal dedication are the secrets to the fulfillment of your personal, group, and planetary expansion into the higher frequencies of reality. We see that many of our wonderful Emissaries to Earth have suffered, cried, and failed, but they continued on, no matter what.

We see that it is the unconditional love for each other, for your families, your work, your creativity, as well as your commitment to your Mission that you chose before you took this embodiment. We also see your great dedication and bravery.

We see the sacrifices that you are making in order to assist with personal and planetary ascension. We also see the ‘challenges” that you have called into your daily life and physical form.

You have taken on these challenges because you are ready and dedicated to expand your consciousness in order to prepare for the body of light, your Lightbody, which resonates inside your spinal column, within your Kundalini.

We see how your Lightbody SELF, in its dormant state of Kundalini energy, awaits the awakening of the “sleeping serpent” that is curled up within your First Chakra. The awakening of your inner force of kundalini will initiate your transmutation into Lightbody.

When you return to your fifth dimensional Lightbody SELF, you will fully realize that YOU are the relationships that you have, and YOU are the reality you have created.

Blessings, we are the Arcturians and your entire Galactic Family.
Posted by Suzanne Lie at 8:26 AM