The Vision Seekers by Archangels, Elohim and Ascended Masters through Sue Lie 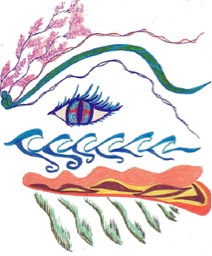 By the Archangels, the Elohim and the Ascended Masters
Beloved Ones,
We come to you within the NOW to remind you that Gaia is ALIVE. Furthermore, we ask that, you, the awakened humans, pass on that information in any way that you can. 2017 is the year in which humans will remember that they are NOT just their earth bodies. In 2017, humans will begin to remember that Gaia is Living Being!

As humanity, “grows up” and releases their old self-absorbed nature, they will KNOW that Gaia is ALIVE. Then, will they change their behavior? Many, if not most, humans think that they are “just” visitors to Earth because they do not realize that humanity and Earth are ONE.

Therefore, they litter Gaia’s planet, murder Her plants and animals, and chop down Her magnificent trees. Would you chop down a tree in your neighbor’s yard? NO, your illusion is that the tree is “the neighbor’s tree.” However, you would be wrong in that assumption, as the tree is Gaia’s tree.

Would you throw your trash on the floor of your friend’s house that you were visiting? Your illusion is that it is “their” house. Would you boss around their children or yell at their pets? NO! You would be respectful for other human’s house and children. But how many humans are respectful for Gaia’s planetary home and Her multi-species children?

In fact, Gaia is a living, intelligent, multidimensional being, just like the awakened humans. Do you see how much you have in common with Gaia? You breathe the same air, protect the same waters, enjoy the same mountains, and feel the warmth of the same deserts.

Too many members of humanity have forgotten, or never thought to realize, that Gaia is a living being. To many humans, Gaia is a “thing.” Therefore, these misinformed ones feel no obligation to thank their Hostess for allowing them to “stay in Gaia’s home.”

Deep inside, all humans know that Gaia is alive, but the “power over others” humans took the next step to have “power over the planet.” Do you see how “Power Over” Others is a need for those who cannot find their “Power Within”?

The Power Over people, are all victims of others who have “Power Over” them. Most of these dark ones were not born that way. They were indoctrinated to be that way. However, as Gaia’s frequency rises more and more into the fifth dimension, those that live via “Power OVER Others” will receive back the energy fields that they sent out.

Of course, it has always been that energy out eventually returns to the sender. However, “time” often made the return of that which was sent out, return long after it was sent out. Therefore, the sender did not have a sense of responsibility for the energy fields that their actions created.

Therefore, they did not have to take responsibility for what they had done. These adults were able to have power over others, and get away with it for longer than you would wish to know. However, that scenario is about to change.

As Gaia becomes more and more fifth dimensional, the “time” between what goes out and when it returns is becoming shorter and shorter. Eventually, all energy that is sent out will simultaneously be sent to the sender.

Gaia’s “energy out = energy back” operating system is much like a computer. It has no fear of consequences for actions, and no ability to change its own operating systems.

Long ago, the dark ones broke the code for “energy out = energy back” by implanting war, deaths, starvation and slaughter of land, animals and humans, that the original operating system crashed.

Because the “guardians of Gaia” were involved fighting wars, trying to stop wars, and taking bribes from the dark ones, they did not notice the great suffering that surrounded them. How did the Guardians become so corrupted? The answer is money and fear—money and fear—and more money and fear.

When they, as well as most of humanity, had no money (which was a creation of the dark ones) they were afraid for themselves and for their families. Then, because their consciousness was locked in fear, they could not find a solution.

Fear serves as a braking system for your consciousness. When you are afraid, your entire body goes on defense, and you forget about an effective offense. The warriors for Gaia have been finding effective offenses, but it often cost them their lives.

We want you to know that even though their death is tragic, they have planted the “Seed of Hope.” As long as there is even a Hope of changing their lives for the better, the Warriors for Gaia found the courage to support their planet.

Often, all they could do was to hide them from the Illuminati’s dark troupes, but at least the warriors survived to serve another day. Then, day after day, and many more days after days, they fought the fight for Truth and Justice against the Illuminati’s Lies and Injustice.

Gradually, something unique began to occur among the Protectors of Gaia. They began to see a reality that the dark ones could not even imagine. At first it was one person at a time that saw “the vision,” as it became to be known.

However, the first ones to perceive this new reality were concerned that they just saw an illusion, and others would laugh at them if they shared their visions. But eventually, a few people could not wait any longer and decided that they must share what they were seeing.

Then IT happened! When one person finally shared their experience, another person had the courage to share theirs, and then another person and yet another person. Gradually, many “puzzle pieces” of visions were grounded on Gaia’s land.

These puzzle pieces were only visible to the same people who had expanded their consciousness enough to see the first visions. Then, in order to make their vision very clear, they created pictures of what they saw in their hearts and minds.

These people became “The Visions Seekers,” who began to spur a sudden search for a vision within others. Eventually, all the Vision Seekers got the message to create a picture, model, musical piece, poem, and/or story about their Visions.

To everyone’s surprise, when they put their personal, physically manifested, visions into one huge collage of many expressions, every one could see the composite picture. You see, before the “puzzle pieces” were put together, everyone thought they were all separate pictures, of separate visions.

But, as all the different expressions were laid out into ONE expression, everyone realized that they were all seeing the same picture, but from their own “separate” perceptions.

When the pictures were no longer separate, all the “separate” perceptions flowed into the ONE picture of their ONE vision. It was then they realized that the pictures were formed by wavering layers of light flowing over, under, around, and through the composite expression.

It was then, that they realized that this composite formed a message—a Light Message. Within that NOW the Archangels entered the Vision Seekers' High Hearts, the Elohim surrounded their Multidimensional Minds, and the Ascended Masters filled their Expanded Voices with messages of love and light.

“Beloved ONES,” the message filled the air, the earth, as well as the Visions Seekers' thoughts and emotions. “Your time of being trapped within the illusion of a dense form is coming to its conclusion. It is the NOW for the full recognition that YOU are Beings of Light!

“Because your inner light is expanding, the Light can express your thoughts and emotions without the burden of a physical form. Furthermore, the light that continually moves through you carries messages that you know you must share.

Of course, at first, you must learn/remember how to recognize the Light Language that is quietly embedded in your daily life. You may not recognize it yet because you forgot how to speak Light Language during your many physical embodiments on 3D Earth.

Many of you have been in “active duty” serving Mother Gaia. Hence, you have taken earth vessels on many different timelines of Gaia’s long service as a third dimensional planet.

We have been concerned for our friends and family who have volunteered to take an earth vessel, but NOW the tide has turned. You are remembering that YOU are Light. Thus, you see light, you hear light, and speak light.

This light is not bound by time, or space. In fact, it is the very multidimensional light that first assisted you to unite in the unity consciousness, which began your “great adventure.” The lowest frequency of this light is the fifth dimension.

Hence, this light, and light language, resonates to the NOW of the ONE. It is the connection of the “timeless NOW” which merges the many dimensions and frequencies of your Multidimensional SELF into the ONE of your NOW.

It is this higher dimensional light that blends your Multidimensional Mind with your Throat, and your High Heart. Via this connection you will quickly, or slowly, depending on your choice, begin to remember how to speak and understand Light Language.

It will take courage to remember the Light Language of your Multidimensional SELF, as that memory will place you within a transmutation that is beyond anything that you have ever experienced in any of your incarnations on Gaia.

One of the major problems, that the Ascending Ones will face, is their modesty. Their modesty will tell them, “You are so conceited! Who do you think you are? Besides, if you act like your real SELF, people will think you are weird and not want to be around you.”

This is when you must pull your wounded past into your heart to be healed by the Archangels. You likely have a special Archangel that has always been with you, but you may not have dared to tell any one, but people whispered about their “Guardian Angel.”

Allow your self to continue remembering that you are a Multidimensional Being who is NOT limited to a humanoid shape. You have likely had many different shapes, as well as earth vessels that you have taken during your many incarnations on Gaia. You may also remember the form of your fifth dimensional Self on your Galactic Starship, and/or on your Homeworld.

Please remember that “transmutation” is not the same as “transformation.” With transformation new elements and elementals, thoughts and emotions are added to a seemingly third dimensional experience in order to “push your consciousness over the edge" into the fifth dimensional NOW.

Blessings to all our dear Vision Seekers, and please remember that what you SEEK is what you will FIND. Therefore, seek inside your self to find Your SELF!
Find out more about Archangels, Elohim and Ascended Masters:
HERE