Conversations with the Arcturians 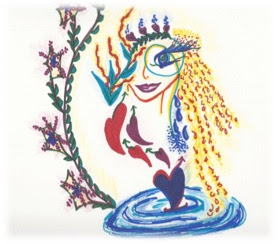 L:         Suzille and I have been talking about memory loss and the need to ground.
Can you comment on that?

A:        Actually, what we were telling Suzille via Light Language was that it is the NOW for our pioneers who took an earth vessel to assist with Gaia’s ascension to focus on the other direction of expanding their consciousness higher and higher.

It is the NOW for you, our pioneers, to trust and know that what you are doing is for the good of the planet. We ask that you focus on the process of Ascending the Planet, rather than the personal needs to “get out of there,” as too many are still holding.

It is this determination to maintain your dedication is to Mother Earth that creates the necessary grounding. When you know that you are living within the statement of, “This is for the Mother,” you are fully grounded. Then, you can “let go.” This process of “letting go” will likely feel un-grounded because it will feel different from what you are accustomed. In fact, it may feel a little frightening.

You, our pioneers, will possibly experience the Kundalini rising up your spine. You will feel your body resonating slightly differently and a difficulty in focusing, especially on mundane tasks, and even a difficulty on focusing on your own Earth vessel, which we recommend that you do try to maintain that connection, for that connection is your safety net.

For those of you that wish to return, we want you to know that your assignment is not yet complete. In fact, it is in a quite dangerous stage. It is a stage in which the Light is lighter than ever and the dark is darker than ever.

It is in a stage in which there are extremes of Light and Dark, and those that are in between are far too often completely unconscious. Those who resonate to the realities in-between the extreme light, which can be overwhelming, and the extreme darkness, which is very dangerous for light workers, are often not even aware that a shift is occurring.

Some do not yet remember that they volunteered to accept that Higher Light.  Therefore, they do not know what is occurring. Fortunately, some are still willing to accept the light because they have faith. They have faith in themselves and/or in a “higher power.” That faith has brought them through many difficult times in which they knew they just had to:

Let go of the problem and fall into the solution.

That is what we ask you all to do NOW. We ask you to LET GO of the problem. We ask you to refuse to participate in the problem. The problem is an illusion! The “problem” is often yet another of the many, many illusions that are attached to the third-dimensional matrix.

Suzille was just engaged within a problem, and that engagement pulled her frequency down. Therefore, we remind all of you to disengage from problems because:
Problems are the remaining particles of your third-dimensional self
that must be either released or lovingly beckoned to join the solution.

In other words, rather than hiding from your inner enemy, who is secretly and silently holding you back, you are allowing yourself to deeply experience your inner saboteur in a detached fashion. Because of this detached, non-judgmental approach, you are able to gather all of those wounded/lower dimensional particles and release then ALL within the NOW of the ONE.

Those of you chose to assist other ascending ones do not need to have to be connected to as high of a frequency, or be as deeply grounded, because you are working with others that are like yourself.

Those of you who chose to work with all life forms must have a higher connection to the higher frequencies and be more deeply grounded in the Planet.

Then, those who have volunteered to assist the entire planet, must have the highest, the deepest and the most conscious connections.

You must also have the DEEPEST connection with:
·      The Core of Gaia, as well
·      As with all of the higher beings within Gaia’s planetary core
·      As well as with all life on the planet
·      You must also be aware of sending Unconditional Love and Violet Fire to “lost ones” who still resonate to Power Over Others.

You, our beloved Warriors for the Light, must be the most committed, as you are the ones who will work toward Ascending the entire Planet.

The humans that are just invested in themselves, and are not invested in the planet, will likely not be able to ascend because they have not moved into the fifth-dimensional states of consciousness in which they know that all life is ONE. These humans are only resonating to the higher fourth-dimension where there is still individuality.

Therefore, we say that there are different streams of reality, but some of these streams will not be able to continue all the way into the fifth-dimension. In order for a “stream of realty” to continue into the fifth-dimension, the inhabitants of that “stream” must embrace all life with unconditional love and live within the dedication of working towards the greatest good for ALL life.

L:         Are you saying that an ascending stream of reality must be able to see the potential in all of life, and hold that potential for every living spark of energy? Does there also need to be an interaction with these potentials when the opportunity comes to us?

A:        Yes. However our pioneers must also be protective of themselves. They are holding a very high frequency to which they are not totally accustomed. The accepting and integration of this higher frequency of light presents a challenge to their own physical bodies and their own physical health.

Hence, if they see that there is not a great deal of potential in any given situation or person, they need to release that situation and let others, that are not holding the highest frequency, work with those who have a smaller percentage of potential.

Do you understand what we are saying?

A:        We are also saying to those who have volunteered, spent many years, and/or those who have just awakened, that you must first of all be dedicated to the ascension of the entire planet. We say this because Gaia needs a massive, united energy field that is totally engulfed in Planetary Service.

It is important within this NOW to focus, first on Earth, and then on Her humans. We say this because humanity is immensely polarized within this Now. Therefore, focusing on humanity can lower one’s consciousness.  You do realize that, right?

A:        The polarization of humanity is too often placing power in the hands of those who least deserve it, and who are initiating violence and fear. These humans are being led by the dark ones, and are NOT aware of that fact. Thus, they are easily manipulated.

Our beloved volunteers to assist Gaia, you are within the “darkest night before the dawn.” It is for this reason that we call you ALL into “active duty” to serve your beloved Mother Earth in the manner in which you wrote in your birth plan before you took this “Mission to Earth.”

Within the NOW, we know that Gaia’s ascension is guaranteed, but the cost to Her planetary inhabitants will be largely determined by the humans who have awakened to, remember and are deeply connected to their true, Multidimensional SELF.

Remember that you, our dear “away team to Earth,” have served before to assist with planetary ascension. Go deeply into your multidimensional memory to recall how YOU served your homeworld in that manner. We were likely with you then, as well.

Link to the recording HERE