I woke up this morning hearing the words,
“The future has not been written yet, but the Matrix on which it is written is forever changed. Therefore, the future can no longer be like the past. In fact, with the new Matrix, the future can only be the NOW!”

I think one of the way to live in the NOW is similar to moving from our old house of time. In order to fully release this “house of time,” we may need to take a long look at how we came into this NOW.
I will share MY look into the past by posting a series of poem that were put into the matrix of one of my first book, “The Seven Steps to Soul.”

I have written poetry since I was a child, but compiled all my poem into this book during the three years that my Mother was dying, and I was spending a great deal of time in her, my past, house. In honor of our advancement into the NOW of great Multidimensional SELF, I rename this work,
“The Seven Steps to Home.”
As usual, we must begin with our childhood, as that is were we started our journey. 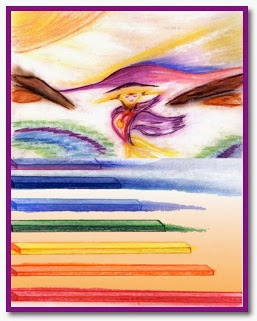 THE FIRST STEP
Childhood ~ A Life Begins and Soon Forgets

The seven sections of this book represent seven processes that align us with our Soul. When our Soul enters our body at birth we forget most of our greater Self, but our inner child holds that secret for us until we are ready to remember.  But why do we forget?  Most of us are taught to forget by the people in our world that no longer remember.  And, often, we forget because of painful events that are too great for a child to bear.  In the process of that forgetting we lose the happy memories as well. We also forget because our emotional reactions to the world around us blur our memory and interrupt our connection to the portion of ourselves that remembers.  Therefore, we must learn to hear, express, and release our emotions without judgment or criticism. This process often takes years because most of us have learned in our childhood that it is not safe to be completely open and honest ~ with others or ourselves. We must learn to NOT judge our emotional reactions or we will not feel safe enough to bring them to the surface.

A Life Begins and Soon Forgets

She saw the first step before her. It seemed very familiar, like something from her childhood.  Yes, that was it; this was the first step on the staircase that lead to her Grandmother’s house.  Something had happened by these stairs because for years and years she had a recurring dream.  In this dream, she was lost.  She had wandered around trying to find her way until at last, she could go no further.  Then, she would see the stairs leading to Grandma’s front porch. But did she climb them?  No!  Instead, she lay down on the sloping lawn next to the stairway and went to sleep—went to sleep in her dream. She never understood why she never climbed the stairs to receive the comfort she needed from her Grandmother.
Perhaps, she wasn’t ready yet. 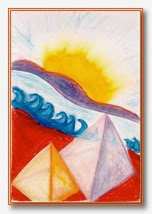 BEING DIFFERENT
A long time ago,
in a life that no longer exists,
there was a child.

Her parents were very kind and
would not dream of reprimanding her.
But they worried,
perhaps she had an illness.

Yet, she was a great help.
Around her,
the cows gave more milk,
the chickens laid more eggs,
and the crops grew
faster and taller.

She was lonely,
so lonely that her parents
could feel it when they were near her.

Not that she complained.
No, in fact, she appeared quite happy.
But yet, always, she was somehow lonely.

Perhaps she wanted to go HOME 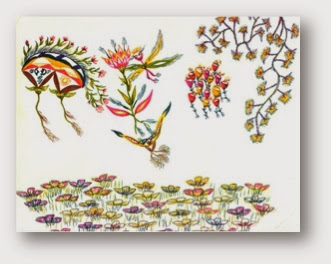 The small child longed to go Home,
but she did not know the way.

She was lonely here,
in this strange and barren land.
She longed so to experience all that was Home ~
True Love,
Complete Acceptance,
Divine Beauty, and
Total Union with all life.

Here she felt separate.
There were great walls dividing
each portion of life.
And there was a smaller wall around her.

When she first came to this place
she was afraid.
She did not understand these
strange people or their strange ways.

Flowers, trees, and animals
did not speak to her.
And if she tried to speak to them,
others laughed.

Therefore, she began to build
a wall around herself.
With every laugh and
every condemning thought,
a new brick was laid.

She could no longer speak to her
plant and animal friends,
no matter how hard she tried.

The wall became so heavy and high that
she could barely see the sun
or feel the breeze
or view the world around her.

She was alone inside her wall,
alone and afraid.

One day, when the sun was invisible
and the breeze nonexistent,
she decided that it was time
for the wall to come down.

So she began.
At first, it was very difficult.
The bricks were cemented fast,
and it took great effort to
remove even one.

However, the bricks were
somehow connected and
as one was released
the others were weakened.
With the release of each brick,
the process became easier and easier.

As the wall became smaller
the sun became brighter
and the breeze more refreshing.

She had forgotten that
the world was pretty after all.

She had not realized that
for every one who laughed at her ~
there was someone else who cared.

She had not realized that ~
if she ignored the ridicule of others,
she could then hear the plants and animals
hungrily returning her call.

Eventually, the wall
seemed very small.
Or, perhaps she had grown.

It had seemed that,
as she removed each brick,
she had grown taller.

She wasn't sure of this, of course.
It had just seemed that way.

In fact, she wasn't sure of much.
She only knew that life was better.

She did not know what would happen
when all the bricks were gone.


could totally remove it!