The Return of that which was seemingly lost forever! Through Suzanne Lie

2-4-20
The Return of that which was seemingly lost forever! 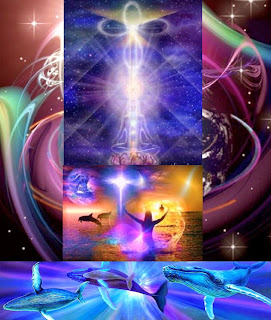 Dear Readers,
Most of my website   www.multidimensions.com   has returned!
I, Sue Lie, am very happy to see that it is back, but it has come and gone more than a few times, much like many parts of our lives. When the site crashed, I tried everything I could to recover it, but it would just crash again.
Why was this happening??  I do not know. I only know that it is back for now, just like many aspects of our lives that seem to leave and never return until, somehow, it is the NOW for the return.
I will not try to put the entire website up on the blog, but there are a few things that I would like to keep in both places. Below was once an introduction to the website, but what it says has the same importance as it did way back in the early 1980’s. It is for that reason that I am posting it below on the Blog.
There are still many of us who cannot remember who we are. We have worn our earthen bodies for so many eons that we believe we are only physical and that we are limited to these clay forms until we “die.”
According to the law of free will, as long as we choose to believe in the illusions of the limitation and separation of the third dimension, that is our only “conscious” experience.
When did the reality of our higher dimensional self became “unconscious”, and how did we forget that Earth was a schoolroom in which we could learn to remember our true Multidimensional SELF?
How did we forget that we came here to Gaia’s Earth so that we could learn/remember how to be conscious creators through the process of living, hopefully “consciously living, the third dimensional experiences that dear Planet Gaia shared with us, Her human family.
However, even though we still lost the memory of our true Multidimensional Selves, as well as our reason for coming to this Gaia’s Earth, we kept our higher dimensional powers of manifestation, at least for a while.
All manifestations start a circular path that eventually returns to the sender. We humans, still more Pleiadian and Arcturians than humans, were excited to be able to leave our Starships for a while on live on the lovely, and loving, planet named Gaia.
However, we were careless with our higher dimensional powers and eventually became selfish with that which we took from Gaia without asking Her permission. These poor and selfish decisions greatly lowered our fifth dimensional Galactic Powers into lower fourth and, eventually, even third dimensional powers.
In fact, we, the new inhabitants of  Gaia’s Earth had not yet realized that it was dangerous to use our higher dimensional power once we began to allow a third dimensional to become stronger and stronger, while our fifth dimensional consciousness became weaker and weaker.
Unfortunately, we “brave leaders from the higher dimensions, became lost in the excitement of our new lives, that we forgot the fifth dimensional SELF who had come from the fifth dimension to “visit” the lovely new planet of Gaia’s Earth that  did not retain the higher wisdom and love to balance our power.
Therefore, our once great “power within” slowly deteriorated into “Power Over! Unfortunately for us, and even more unfortunately for dear Gaia, once we misused our power, we began to lose it. Then we really were “only physical!”
As the collective consciousness of the inhabitants of Earth continued to drop into lower and lower frequency rates, we, the one wise Galactics, plummeted deeper and deeper into forgetfulness.
Before we knew it, we were enmeshed in the illusions the WE had created about planet Earth. Unfortunately, until the Collective Consciousness of Earth could return to Her innate fifth dimensional states of Planetary Consciousness, it would NOT be possible to recognize the higher messages that were constantly being sent to us from our higher dimensional Home worlds!
Then, slowly, but steadily, we, the “great warriors for Gaia” found that it was VERY difficult for us to return to the awareness of our true Multidimensional SELF.
Then, because of the loss of our United Inter-Planetary Consciousness, Earth had so fallen into fear and superstition that most communications between our own  higher dimensional family and those of us on Earth were greatly misunderstood or distorted.
And so we waited!
Sometimes we hated the wait, and sometimes we loved it.We learned that if we forgot about our higher dimensional Home and the part of us that resided there, we weren’t so lonely.
Therefore, most of us forgot.
Until…When we would least expect it, as if in a dream, we would remember something~

Can we remember to follow the dreams that we forgot,
and forgive ourselves for forgetting?

Continue to: The Dream