Conversation with Suzanne Lie and Oscar Bustamente on You Tube 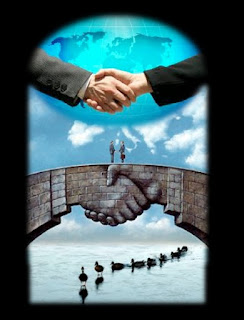 We Arcturians, Pleiadians, Venusians, and Antarians who have looked after dear Gaia for longer then a human could imagine, are  here with you to remind you again and again that YOU are NOT alone. We also wish to remind you that to also realize that:


YOU are the Creator of your Reality, and YOUR reality needs to come together within this NOW. However, we do realize from our many meeting with our "Grounded Ones," meaning the members of our Galactic Family who have bravely chosen to take an Earth Vessel within this now, sometimes it may feel like you created something that you did not mean to create.

On the other hand, once this creation reveals itself fully, you that it is, in deed, YOUR creation. It is through the owning of ones creation of their own life that give that person their greatest gift, which is the gift of "SELF Esteem."

It is from one's personal "self esteem" that they have the courage to realize that it is not just YOUR creation, as life on Earth is a lesson on Collective Creation of certain patterns and frequencies  of invisible energy fields.

These fields are only "invisible" at first, but after you expand your consciousness into a higher frequency, you will not be able to ignore the new energy fields that have allow  you to capture into your own personal awareness. We, your Galactic Family, realize that sometimes your personal awareness involves that which humans call "depression."

We our Galactic Family would call your depression the process of forgetting to remember.

We would call it "forgetting to remember" because it is the forgetting of remembering that YOU are NOT alone and that YOU are ONE of our dear Galactic Family. Yes, all of you dear humans, were fifth dimensional beings before you chose to take an earth body to more closely understand and assist dear planet Gaia who is being deeply wounded within the NOW on Earth.

Therefore, it is important for you to "Stop, Look, and Listen" to that which you have too often tried to avoid. Why are you trying to avoid what you choose to do before you took this incarnation is a questions that we, your Galactic Family, as well as most of you, often ask.

One the things that many humans within this difficult NOW on Gaia are trying to avoid is Depression. We, your Galactic Family, see that many of you can go for quite a long time without allowing depression enters your awareness.

Then, many of you, our Ground Crew who took on the GREAT task of rescuing dear Gaia from the great damage that selfish humans have inflicted on her, slowly, or quickly, remember that YOU are a member of our Ground Crew who was brave enough to take an earth vessel during this NOW of vast destruction to our dear Sister Gaia.

It is then that you realize that depression was like opening a door that had been safely locked. How did this depression escape it hiding place? Why could you no longer detain depression and push it away with your thoughts?

Yes, thoughts and depression work as a team. If you do not allow your self to see the truth of what is occurring around you, you will feel a bit lost, lost within your self about what is really happening, not just in your own persona life, but what is happening in dear Gaia's Planetary Life.

Then, you one can think, "What can I do to change what is happening to dear, beloved Gaia?" instead of just thinking, "What is happening to me?" THEN you are beginning to remember that YOU have chosen to take an earth vessel during this NOW because YOU VOLUNTEERED!! to take an incarnation during this most difficult time in which too many leaders care too much about themselves and NOT enough about the planet on which they life.

We, the Arcturians, Pleiadians, Venusians, Antarians, and other Galactic Beings, ask all of our grounded ones, in fact all of our VERY brave Grounded (human) Ones who volunteered to leave their higher dimensional realities to assist dear Planet Gaia to move through these times of great Planetary Challenge.

Let us, your Galactic Family, "How often have your thought about what YOU can do to assist Gaia and to protect Her from the great damage that too many humans, especially humans in power, have done to Her Planetary Body?"

We also wish to give full credit and thanksgiving for what some humans who have been doing to save their Mother Planet, Gaia. We do see that more humans are awakening to the plight of the planet that has been greatly ignored by those in power.

We Arcturians, Pleiadians, and Antarians and Venusians have looked after dear Gaia for longer than a humans could imagine, are  here with you to remind you again and again that YOU are NOT alone. We also wish to remind you that call on us, your Galactic Family, so that you can remember what you said you would do for Gaia when you took an Earth Vessel.

We realize that life on planet Earth can be very difficult, which can distract  you from the Mission that you chose to do before you took this earth vessel. We call on you all now to ask your Higher Self what you chose to do before you took this incarnation. Then, please remember  that We Arcturians, Pleiadians, and Antarians who have looked after dear Gaia for longer than a human could imagine, are  here with you to remind you again and again that YOU are NOT alone. We also wish to remind you that

YOU ARE IMPORTANT AND Gaia NEEDS YOUR HELP

We, the members of YOUR Galactic Family, will now send you a message which you will see below: