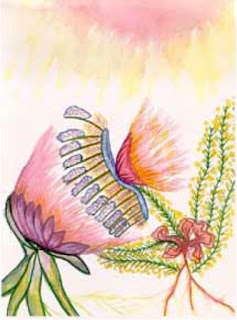 What is New Earth? How do we create New Earth?  How do we live on New Earth?  These are questions that we are asking ourselves because we are feeling that something is very different. Simultaneously, there is much that is the same as it always was.  Unfortunately, some of that which is the same is darkness and indoctrination.

Fortunately, between that darkness and indoctrination, which is on the verge of ending, shines a light of that which is beginning. What is beginning is that our third and fourth dimensional earth is expanding into its expression of fifth-dimensional Lightbody Earth.

We, the members of humanity, are endeavoring to expand into our own fifth dimensional Lightbody so that we can become the population that inhabits this wonderful, revised, updated version of our beloved planet Gaia. However, before we move into the new, let’s take a moment and go back into how Gaia became a third-dimensional planet.

As we assist Gaia, Gaia assists us.  In this manner, we are creating a mutual assistance of “persons assisting planet” and “planet assisting persons.” Because of this reciprocal assistance, we can merge our human experiences of transmutation into the fifth dimension with Gaia, and Gaia can share Her experiences with us. In this manner, people and planet work as a team to transmute our reality into the resonance of fifth-dimensional, lightbody humans sharing reality with a fifth-dimensional, lightbody planet.

Just as we, humans, are multi-dimensional beings who have stepped down our frequency to be our third-dimensional expression of SELF, as well as our fourth-dimensional astral body and aura, Gaia has done the same thing. In fact, fifth-dimensional Earth has always existed because it resonates beyond time and within the Now of the One.

Because we have taken so many incarnations to Earth’s reality system, we believe that we are ON Earth, rather than IN a holographic projection. Our myriad incarnations have also made us forget that, within our multidimensionality, we are infinitely ONE with Source.

While within our highest frequency of resonance, we chose to enter the illusion of the third/fourth dimensional Earth. To enter this illusion, we had to downgrade our consciousness so much that we forget that we ARE Source because Source is All in All.

Earth, which has been so riddled with darkness and fear for so much of Her planetary time, that we, the guardians of Gaia, have forgotten that Gaia is of Source, we are of Source – All is of Source for All Is Source. We are Source for source is All in All.

However, the holographic projection of physical Earth is so engaging that we became indoctrinated into the concept that Earth is real and our imagination/memory of our higher realities is not real.

Perhaps they have also entered during their dream state.  In all of these scenarios, they have expanded their consciousness beyond the illusion of Earth’s third-dimensional holographic projection to glimpse the real reality of unconditional love and multi-dimensional light.

From being within this unconditional love and multi-dimensional light, one can see, perceive and experience how the multidimensional light to Earth fragments into seven separate, different frequencies of colors/visual and tones/auditory. This separation begins once the higher light enters the highest fourth-dimensional sub-plane and increases as the light moves through the increasingly lower sub-planes.

An example of this would be if you carefully fill a strainer or a bowl with many small holes and fill it with sand. When you first fill the strainer, the sand might remain together within the unity of the sand.

However, if you were to lay down a towel or a sheet and shake the strainer, you would see how the different grains of sand would fall in a pattern that appears to be separate. In the same manner, when multidimensional light of the One flows through the prism (strainer) into third dimensional Earth, the multidimensional light separates into seven different colors of red, orange, yellow, green, blue, indigo and violet.

Your experience of being third dimensional is actually you going through the prism of the fourth-dimension to find yourself cast on to the illusion of a third-dimensional planet.  What is occurring within your Now is that this third-dimensional object of physical Earth is expanding its frequency into the fifth-dimension.

Gaia was always meant to have all her many frequencies of reality habitable to myriad versions of life. However, the fear that gathered on her planet so diminished her multidimensional light that She cannot complete her return to her multidimensional planet without assistance from her many inhabitants.

ALL of the plant and animal kingdom are assisting her, but they, too, are under the domination of the human kingdom. Fortunately, because the multidimensional light no longer moves through the filter the prism of her lower fourth-dimensional astral plane, it is coming into the third-dimension, not as separated into seven separate octaves, but as a stream of unified, multidimensional light.

As the humans on Gaia who have remembered their true multidimensional self create portals of light, the darkness that has accumulated in Gaia’s aura can be transmuted by this multidimensional light that is streaming directly from the fifth-dimension.

Because the process of the higher light moving through that fourth-dimensional prism is beginning to shift, the third and fourth dimensional of Gaia are becoming ONE.

Hence, there is no longer that filter that divides the different frequencies of light. Within this NOW, multidimensional light is traveling from the fifth-dimension seeking to share itself with all life.
Conclusion of Part ONE 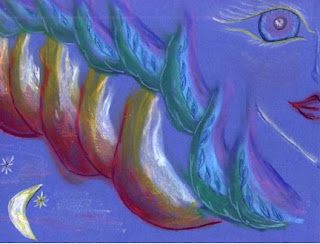 VEIL SEVEN
“The Illusion of Constancy”

"Lady Astrea, Lady Astrea."
"Yes,” I suddenly hear a voice awakening me.  "I am here, my one, are you calling me?"
"Oh, yes," I answer, "I suppose I am.  I didn't know that I was, but I'm glad that you answered me.  Do you suppose that I remembered and called to you to help me return?"
"That could be, my dear.  But come, it is your turn for the circle."
Again, I enter the familiar circle, and again, the Ladies move towards me to assist in removing yet another veil, and as before, I hear the voice of Lady Leto saying, "Dear one, the veil that is lifted this evening is the 'Illusion of Constancy.'  On your Earthly planet, all seems to be constant.  The trees, the houses, the mountains, and the meadows all appear to be constant, unwavering forms of physical structure.
However, this is truly an illusion, for constancy is relative to your constancy of consciousness.  All that is perceived by the physical senses is relative to the state of consciousness at the time of perception.  What may appear to be a clear, empty sky in one state of consciousness may instead, in another state of consciousness, be full of the angelic and deva life.  Consciousness also aids in determining one’s passage of time.
“While one is in human consciousness, time is constant and must be experienced in a linear fashion.  In the human consciousness, physical structures appear the most constant, as the time-boundary is ever present to stabilize and mask any changes that may be occurring beyond space and time. However, in "I AM" consciousness, time is no longer a factor that must be dealt with in a linear fashion.  Instead, time can be used as a compass to guide one's conscious experience and perceptions to the desired focus of time and space."
Now the Brother takes the veil and Hilarion speaks, "Dear one, the only true constancy is I AM consciousness.  All perception is relative to one state of consciousness and, therefore, in order to control perception, one must be able to control their consciousness.  All other states of consciousness, save I AM consciousness, have a human component and, therefore, have an inherent flaw.  I AM consciousness is of the divine and is, therefore, perfect.
“So, my one, in your search for constancy in Earth life, search instead for adequate knowledge of yourself so that you may maintain I AM consciousness at all times.  All the human issues that act as anchors to pull you down repeatedly threaten this high state of consciousness.
Only when you are able to detach from these human anchors will you be able to maintain I AM consciousness.  As you have experienced, this is a difficult task indeed.  However, the only anchors that can really pull you down are your own issues.  Therefore, my love, learn to know yourself and love what you learn.  In doing this you can transcend into the constancy of your own higher dimensional self.”
The other Brother now takes the veil and Apollo speaks, "The Sun is the most constant physical structure in your galaxy.  Of course, this too, is relative to one's focus of consciousness.  While in human consciousness, the Sun appears to be a burning, fiery ball, unapproachable and uninhabitable by man.  However, in a higher reality, it is a grand temple, teeming with life, both human and divine.  Of course, a human may not take his physical apparatus to this temple nor could he reach it in one lifetime if he were bound by a physical structure.
"Those bound by time and space are striving to tour the heavens in their constant physical structures, using their Earthbound sources of fuel.  Little do they know that, as they free themselves of the illusion of the physical realm, they can be transported anywhere that their minds can imagine.  The mind, free of the belief in limitation of the third dimension, can experience and travel throughout the universe at a speed faster than the speed of light, for the mind travels at the speed of thought.
"Each thought, then, is one's personal spaceship.  Each thought can allow one to travel, become, experience, and know all that is possible or impossible.  As you work through your physical anchors, determine each one that pulls heavily on your vehicle.  Learn to find the personal beliefs that bind this stop gate to your consciousness.  Fear not the passage of time in this process, as the few Earth moments spent on this endeavor can free you for an eternity of all Earthly structure of time.
"Know your anchors so that you can reel them in when you wish to be free and let them sink when you desire the illusion of constancy of experience."


Oh, yes, now I remember how I first arrived in the forest and how I actually came to this place, I thought it and then I was here.  I wonder now if I think of Earth will I suddenly be…

HOW ARE YOU "BIRTHING NEW EARTH?

Your comment is helpful to assist others to discover how they can
"Birth New Earth"
These are wonderful times, indeed.

Thank you for all your support, readership and comments
Sue and the Arcturians
Posted by Suzanne Lie at 8:21 AM