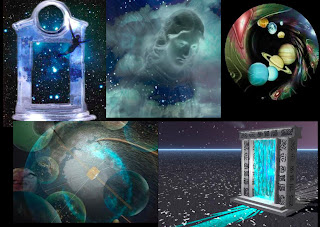 Introduction by the Arcturians

Our Dearest Ascending Ones,
We are happy that you have been able to maintain the consciousness of unconditional love since you opened your Doorway to New Earth. It is the continuous FEEL of unconditional love that assures our ascending ones that they are “in the process of creating New Earth.” We know that you all will experience some moments of fear-based third dimensional thinking, but we want you to realize that those moments are not a “failure” in any way.  In stead, they are moments when you have temporarily returned to “habit.”

Habit is the primary survival mechanisms that you have created in order to survive the extremely challenging time of the close Kali Yuga (the final 2,000 years of the third dimensional reality). These habits were not bad; they were necessary. Therefore, do not judge yourself. Instead, congratulate your self. Being consciousness of old habits is a huge achievement, as they hide in your unconscious and deep subconscious mind. Habits are the “primary survival mechanisms” on which all of your programs of behavior were written. Hence, they are the ones and zeros of your third dimensional thinking.

Yes, beloved ones, because you have volunteered to assist Gaia with Her transmutation back to SELF, you have joined in a wonderful experiment that all the multiverse is observing with encouragement and unconditional love. Before the advent of “time” many Souls decided to join together to create the adventure of being a planet. Some of you wanted to experience of being the actual body of the planet, which was destined to enter into the lower frequencies of polarity and separation. Therefore, you became members of the Mineral Kingdom to partner with the fourth dimensional Elementals, the Gnomes.

Some of you wanted to be members of the Plant Kingdom, who would work in unity with the Sylph Elementals of the air and the Undine Elementals of the water to beautify the body of Gaia. Others of you volunteered to become members of the Animal Kingdom, and unify your efforts with the Fire Elements to ground the Cosmic Light into Gaia’s body. For eons, the third and fourth dimensionals live in cooperation, harmony and great peace. The Blue Planet, Earth, was one of the most beautiful jewels in this Local Universe.

Many developing civilizations visited Gaia to experience Her beauty and peace. However, since these civilizations were still “adolescents” in their development, they were often selfish and took from Gaia without replacing what they had taken. They experimented with her Kingdoms, especially the Animal Kingdom, to attempt to create workers for their selfish needs. Wars were fought and dear Gaia was left on the edge of annihilation more times than She would wish to count.

Again and again, She had to call upon her fourth dimensional Elemental Kingdom and Her sponsors in the higher dimensions to pull Her from the grasp of destruction. However, being the brave Being that She is, she repeatedly rebuilt Her body, with the assistance of Her higher dimensional supporters, and returned to Her true beauty and splendor. Now, She is complete with Her experience of being a polarized being of form. She has learned all the lessons that Her third and fourth dimensional expressions of SELF desired to experience, and She is ascending into her fifth dimensional expression of New Earth.

We wish to tell you that ALL of you “waited in line” and “signed petitions” to have the great honor of incarnating on Earth at this “time.” Just as Gaia had no idea how challenging a polarized body could be, many of you who lowered your great multidimensional essence into your current clay vessel, were greatly surprised at how difficult it is to live within the illusion of separation from the ONE. However, many of you are members of Gaia’s first manifestation and have returned to assist Her with Her transmutation into New Earth. Hence, you have met your many challenges with bravery and great dedication to your Mother Earth.

Others of you were members of the first civilizations that inhabited Her form, who returned at the Fall of Atlantis to add your great light and save Her from total obliteration. When you entered Her planet at the time, you volunteered to join the Circle of Death and Rebirth until Her final victory of ascension. Those of you who made that great sacrifice to lower your multidimensional consciousness into a third dimensional form are ALL incarnated or living within Her aura to assist with the great Planetary Ascension.

Dear ones, you were Her Priests and Priestesses, Her warriors and Her creators. You suffered many lives of war, poverty and subjugation. Fortunately, you also lived some glorious lives of wisdom, power and love. However, just like Gaia, you are now feeling complete with the experience of polarity and have incarnated one last time to assist your beloved planet Home into Her fifth dimensional expression.

We, the Galactics, many of whom have also hold an embodiment on Gaia, assist you from the higher dimensions. We are your supporters, your advisors and we are YOU. Yes, many of us have sent an imprint of our consciousness into a third dimensional form to be in the “front lines” of Planetary Ascension. We are joyous that most of our grounded expressions are awake and communing with us on a regular basis. In fact, you are communing with us on a continual basis, for we are now ONE with our grounded expressions—our ascending ones. If any of you feel that you are not connected to your Galactic and Celestial Source, do not be discourages. Each of you has a “flash point” of returning to your SELF, which was decided on before your birth.

You may not have come to that flash point yet, or you have and have not acknowledged it, which is probably because you are still in the grips of habit. You are not alone. We are with you. In fact, we are YOU! We are here now to assist you in releasing the habit of separation so that you can more easily return to your forgotten habit of being fifth dimensional and living in unity with all life.

Listen to the silent voice that caresses your High Heart and perceive the visions of New Earth that blink into your Opened Third Eye. Polarity is closing and unity is returning. Time is over and the separation from your SELF that time created is ending. You do no need to “do” anything for “doing” is a third dimensional concept, whereas “being” is a multidimensional concept. Hence, all you need “do” is to BE your SELF.

As you continually and consciously return to your true, Multidimensional SELF, you will increasingly hear your constant communication with your SELF and perceive the higher frequencies of reality that were closed to your third dimensional perception. It is true that you are creating New Earth, but since time is an illusion, it is also true that you are returning to New Earth.

However, while you continue the habit of time-bound thinking, you are bound to third dimensional perceptions. On the other hand, as you continually download and integrate your Multidimensional SELF into your daily life, you will gradually, or swiftly, return to multidimensional thinking. Remember, practice makes perfect. Actually, it is correct to say that the practice of being your SELF will allow you to return to the YOU that has always been perfect.

·      Therefore, we ask that you close your eyes and take a deep inhale and long, slow exhale to calibrate your perceptions to your innate, Multidimensional SELF.
·      Continue your deep breathing until you feel your consciousness expand into the higher frequencies.
·      With your physical eyes closed, open your Third Eye to perceive the higher frequencies of reality that are intermingling with your physical reality.
·      You will be able to discern between “fifth-dimension-and-beyond” and “fourth-dimension-and-below” by the feeling in your High Heart.
Please do this process now…

Please practice this exercise as often as you can. Just take a few moments through out of your busy day to close your eyes, breathe deeply, see through your Third Eye and use your High Heart to discern old-Earth from New-Earth. Initially, you may need to close your physical eyes to shut out the third dimensional stimuli in order to see through your Third Eye. Also, we wish to remind you that the higher frequencies of reality are not bound by the stark edges and bright colors of the physical world. Fifth dimensional colors are an octave up from third/fourth dimensional colors. Therefore, they are filled with more light and often have a silver over-glow.

Also, there are no “edges” and sharp boundaries in the fifth dimension and beyond. Objects, persons and places seem to waver, much like a reflection on a still pond. Once you are fully “within that pond” the wavering motion will decrease and become “normal.” Therefore, if you see wavering, unique colors of unknown form, you are most likely perceiving New Earth. If you were a blind person for all of your life and suddenly had a surgery that total restored your vision, you would see the world around you, but you would have no neural connections to your brain to identify that which you could see.

In the same manner, you have spent myriad lives on Gaia in which you only returned to the fourth dimension upon your birth or even in your meditations. Therefore, your neural connections to your Multidimensional Soul have been forgotten and need to be restored. It is through practice and patience that you will restore these connection enough to be able to identify that which you are seeing. Be patient with yourselves, Beloveds, for you are returning to New Earth much as new babes. Fortunately, we, the Galactics and the Celestials, are here to assist you in your remembering.

We say remembering rather than learning, for you are as much a Galactic and a Celestial as those who are assisting you. It is just that you will need practice to remember what you have always known, but forgot. Therefore, as you practice the above exercise relax into the experience and allow yourself the illusion of time to accustom to your Multidimensional SELF. You are just awakening from a very long dream, which you thought was reality.