The Beginning of the Ending - Communicating with Ether and Earth

The Beginning of the Ending 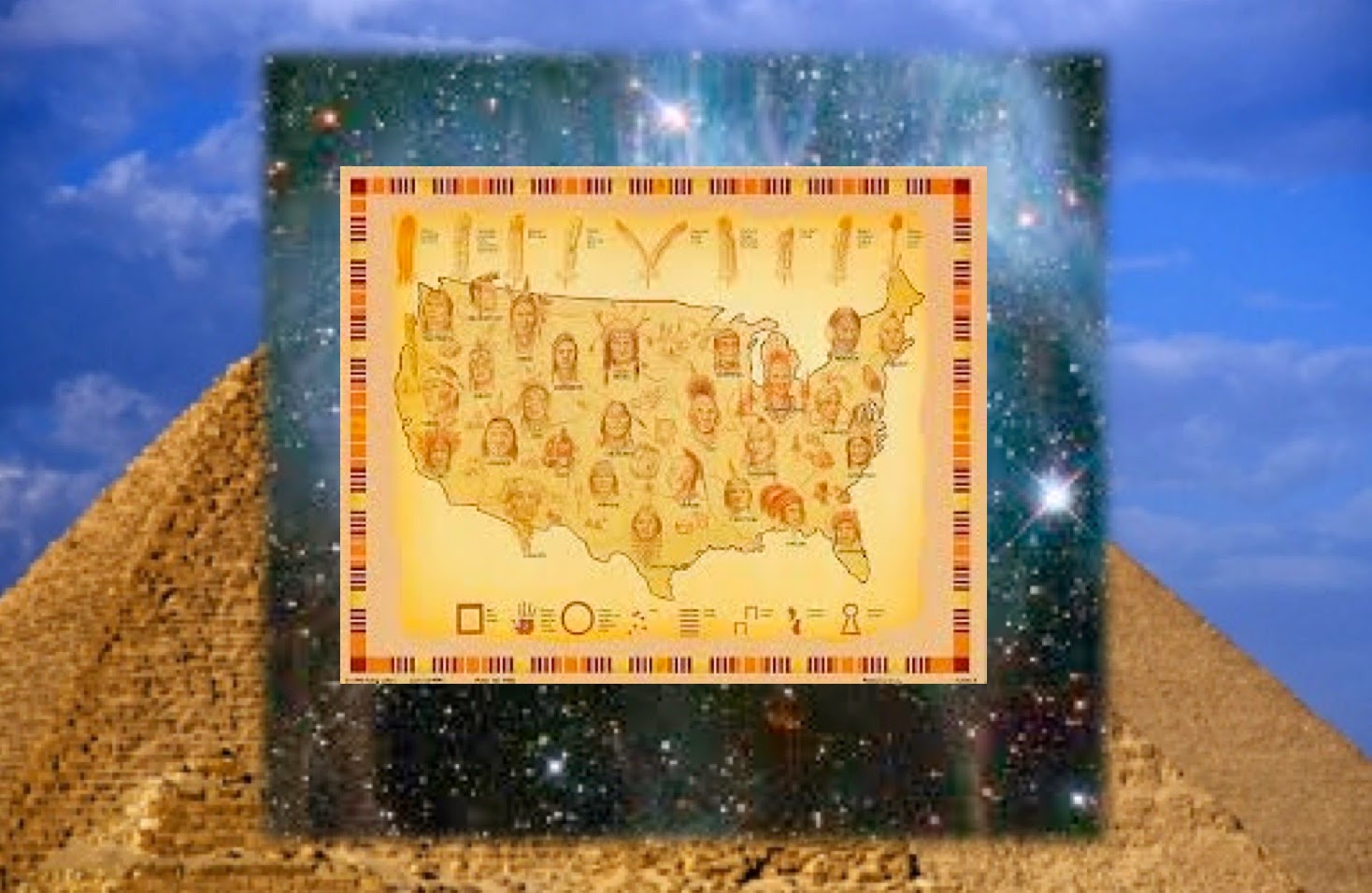 Communicating with Ether and Earth

JASON CONTINUTES:
Well we thought that Lantern was here to help, but we seemed to get ourselves in quite a mess. At first we did not know it was Lantern we had bumped into, and I do mean that Sandy and I both knocked into him together. We were dazed by the Arcturian’s message, or maybe we are only partially physical, when we ran into a tall, slim man who was standing right in front of our tent.

It was not until Lantern spoke with us telepathically, that we realized who it was. Somehow, we recognized his telepathic voice, but maybe it was his signature frequency that was familiar. Either way, we were graced with the joyous and loving laughter that Lantern releases into Gaia’s planet. I remember how his laughter could be heard even above the huge crowd at the Lemurian Celebration.

“We wondered where you were hiding,” teased Sandy.

“It appears to me that you and Jason are the ones who have been hiding. Was it too crowed in the tent with the Arcturian?” Lantern laughed. “Your faces are white. You are not aware that the great heat in the tent was because your Lightbodies burst forth while the Arcturian spoke. I had to place a holo-picture around your tent so others in the camp would not be shocked.”

“Our Lightbodies burst forth?” we spoke as one person.

Lantern just laughed and said, “Put on your hiking gear,” as he manifested two backpacks in front of us. “We are going for a hike!”

“But we only slept for a few hours, and we need to eat,” complained Sandy.

“Oh, we can do all of that on the trail,” said Lantern as he pushed us back in the tent and loaded the backpacks in the van.

“I have paid for this site for a week. We will leave the van at the ranger station at the base of our trail. Now, hurry up, we need to be up the mountain a bit before it gets dark.”

Sandy and I were shocked by Lantern’s attitude. He was still his jovial self, but we had never known him to be so authoritative.

“It is the NOW!” he responded to our thoughts.

That sentence got our attention more than anything else. We quickly changed, grabbed some trail food for our packs and got into our van. Lantern told me where to park the van and went in to pay at the ranger station.

“How did he get money for the site and the parking?” Sandy asked as Lantern walked toward the ranger station.

I smiled in response and told her I would ask him.

“Ask me what?” said Lantern with a twinkle in his eye.

“Uh, where did you get your money?”

“Oh, I got it from the same place that I got your back packs. I manifested it,” he said as he led us up to the trailhead.

Nothing else was said for hours. Sandy’s and my Lightbody must have been activated as we did not get tired and were never hungry, at least until evening. However, as the Sun began to set, we both became extremely hungry and tired. Sandy was the first to speak up.

“Lantern, do you thing we are close to our campsite?” she asked, trying to keep the fatigue out of her voice.

“No, no. I am fine. I was just wondering how much further we had to go.”

“I know I am more Lightbody than before, but my encasement is still very physical,” Sandy said.

“Is that what you believe?”

“Wow,” we both exclaimed. I had let Sandy appear to be the only one who was tired, but I was also about to fall over. “Is our belief making us tired?” I said trying not to sound rude.

“Yes, of course. Your Lightbody has no fatigue at all, as it has not even moved.”

We were really surprised by that statement until the light went on in Sandy’s head and she exclaimed,  “Our Lightbody is fifth dimensional so it resonates beyond time!!”

“But only if we believe it.” I continued.

Lantern said nothing else, but turned and continued up an especially steep part of the trail.

“It is getting dark now. We need to see the trail when it’s so steep.” we both complained.

“You will ask the Great Mother to guide you,” Lantern projected into our hearts.

“Did you feel that?” Sandy asked me. “It felt like he spoke directly into our hearts.”

“I did that because you will need to open hearts to follow the Mother when you cannot see.”

As the Sun dropped below the horizon, the trail became dark with many shadows and illusions.

“Are you trying to scare us?” I said.

“Oh no. I am trying to warn you. Remember that the Arcturian activated your Lightbody. Therefore, you are fully awake to the dark ethers of the Lower Astral Plane. It appears that Gaia is asking us to communicate with the wounded “ethers” of Her planet.”

Yes, we are indeed in the Lower Astral plane.” Sandy whispered. “Do you think this is on purpose to make us use our Lightbody to navigate our way?”

“Yes, of course,” I said. “I keep forgetting that many Lemurians are members of Indian Nation. They teach by experience, which allows each person to learn in their own way.”

Our conversation had to cease, as we had to focus in order to navigate the steep, dark trails while being confronted by dark images flying through the ethers. Finally, we came over a steep hill and saw what appeared to be demons rushing towards us.

“What should we do?” we asked Lantern with fear in our voice.

“You are here to communicate with the beings of the ethers,” was all he said. However, it was just enough, as it reminded Sandy and I to stand firm and send unconditional love to the dark illusions.

“Good,” guided Lantern. “Attention amplifies that to which you attend. When you are non-reactive to the dark images, you diminish them by withdrawing your attention. When you are ready, remember that they can be healed by your unconditional love.”

As we stood firm and focused on unconditional love, we could feel our Lightbodies expanding out from our spine. We observed as our inner light intertwined with our unconditional love to transmute the fearful images into sparkles of light. This light flowed into love as the ethers around us cleared more and more. By the time the moon was up, everything around us glistened and sparkled.

Even the clouds that covered the sky all day cleared to reveal the universe sparkling above us. Lantern stood beside us and pointed out the many stars that had planets that we had visited in our higher expressions of Mytre and Mytria.

“Do you remember how Mytre and Mytria bonded with the Mother of their Pleiadian planet?” asked Lantern.

“Yes, we do,” said Sandy speaking for both of us.

“To communicate and merge with the elements and elementals you will need to listen closely to your transmuting earth body, as well as your higher expressions of Mytre and Mytria. You have perceived your earth vessels as YOU and Mytre and Mytria as separate and outside of you.

“To complete your task you will need to feel your higher expressions of SELF inside of YOU while you also perceive your earth vessel as ONE with Gaia’s Earth. The path of ascension is not outside of you, but within the body, which is a component of Gaia’s body. Do you understand what I am saying?” concluded Lantern.

“Yes,” I said. I looked at Sandy and she was shaking her head yes. “But I think that this change in perception will be more difficult than we think.”

Lantern merely smiled and started back up the trail. However, Sandy and I became lost in our thoughts and forgot to listen to the earth element. Sandy started to slip, and I lost my balance when I tried to catch her. Before we knew it we were sliding down the trail towards a shear cliff. Lantern did not try to help us, which made me angry, so angry that my consciousness dropped, and I started to feel fear.

I was becoming confused and disoriented when I heard Sandy yell my name. She had grabbed onto a tree and was putting out her hand to me. I reached out and grabbed it, but it dislodged her hold on the tree and we both began to fall.

“We must call the Earth elementals,” yelled Sandy.

When we both called to Gaia’s earth elementals to stop our fall, we suddenly became very calm. Suddenly, our fall was occurring in slow motion. Therefore, we both saw an opportunity to direct ourselves towards a large bolder. As our world became increasingly slow motion we realized that we were leaving 3D time.

We focused not on our fall, but on the huge rock and the firm soil beneath us. In a flash of no time, we were snuggled up to the bolder with Gaia’s warm dirt on every inch of our bodies. All we could do was laugh and say thank you, thank you, thank you to Gaia’s earth elementals.