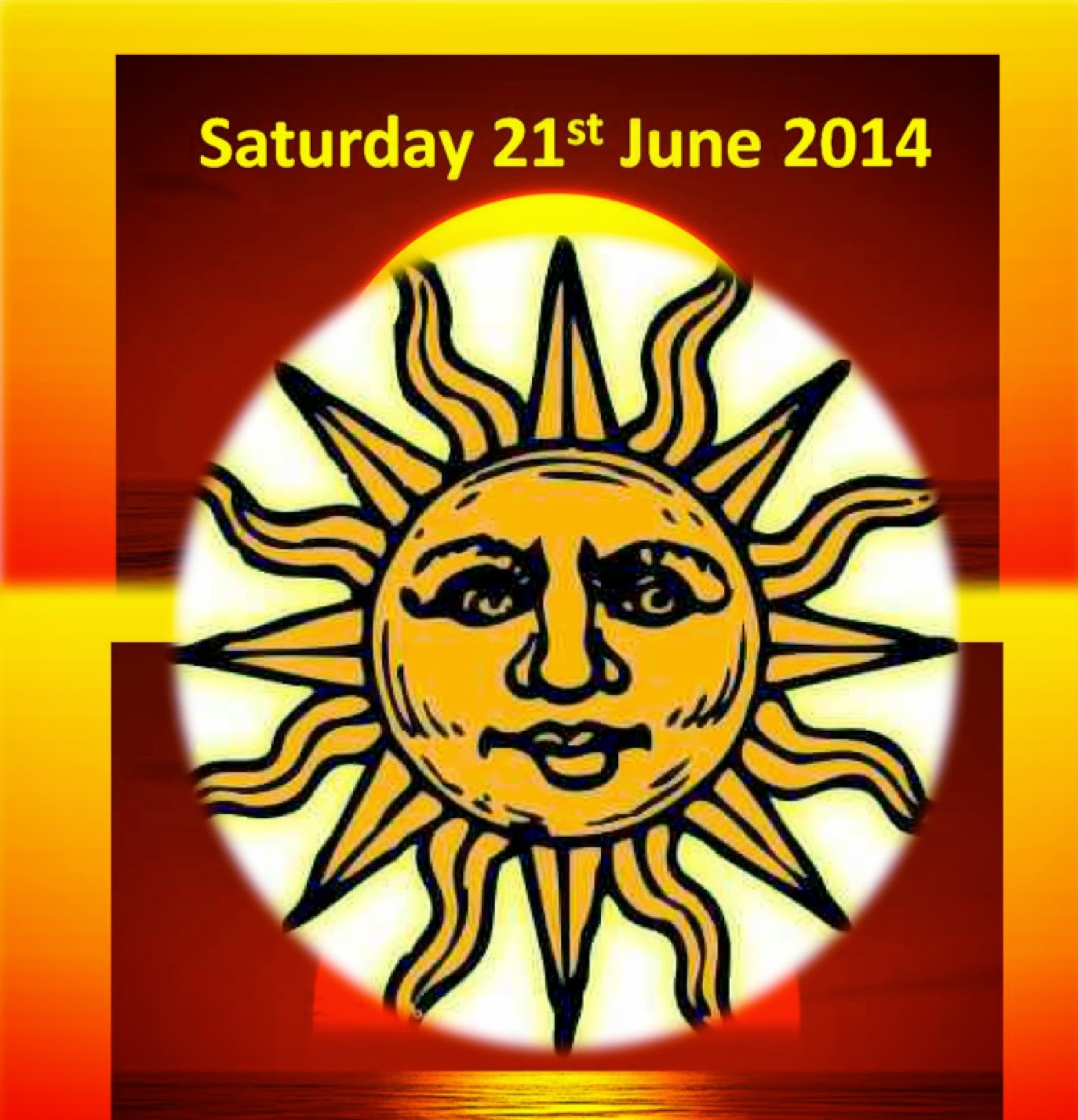 Our dearest Ascending Ones,
We, the Arcturians, wish to contact you in this NOW of Gaia’s Summer Solstice 2014. We send this message to each of you so that you can share it with others. You can easily share this message, as there truly is no separation between you and what has been known as others. “Others” is a term that denotes that people or things are separate from you. Since unity with all life is becoming increasingly evident within your NOW, the term “others” is becoming extinct.

This “new reality” is not new. This new reality is infinite because it resonates beyond the confines of time and space. We have spoken a great deal about the real world beyond the hologram, but there is something that we have not shared. We have hinted at what we are about to share many times, but it was not yet the NOW to reveal it.

The NOW meaning that you, and those with whom you share our messages, could not yet conceive of what we are about to say. Do not think that this is shocking news. In fact, we have said this message many times. The difference is that in your NOW more of you will be able to understand the core of our message rather than the lower emanations of it.

As we have said on myriad occasions, the reality you perceive is the reality that you live. Within your NOW a beautiful harvest of light is occurring. If you could see your world from our perspective, you would witness a stunning light show much like those you may have seen at a concert.

We perceive Gaia’s Earth as a living being with different patches of light and darkness. For many eons Gaia’s body was primarily in darkness with timelines of light that were eventually snuffed out by the encroaching darkness. What we are seeing NOW is that there are more and more patches of expanding light filled with unconditional love. These centers of multidimensional light and unconditional love are exponentially freeing their inhabitants of third dimensional illusion. Most important, this areas are expanding.

The patches of darkness, which are increasingly growing smaller are slowing, or quickly, being transmuted into light. As our awakened ones are aware, the darkness of fear can only be transmuted with the light of unconditional love. The forces of darkness have continue their fear campaigns and are creating as many fearful confrontations as they can, but there is a growing majority of humanity that are refusing to participate in that version of reality.

Since third dimensional Earth is a hologram, every one, including animals and all of Gaia’s creatures, have the ability to choose participate in altering this hologram. You are ALL programmers of Gaia’s 3D reality. During the long Kali Yuga, Earth was furthest from the Golden Age of direct light from the Multiverse. Hence, darkness was the programmer.

However, now Gaia is in Her Golden Age in which Earth is in direct alignment with the light of the Multiverse. Therefore, you all, that is every creature on Earth, have access to this higher light—if you choose to accept it. Before you were within the Golden Age you needed to seek out the light, which was often hidden by the darkness.

In your NOW of 2014, and beyond, you are in direct alignment with this flow of infinite multidimensional light, which is infused with unconditional love. Dear humans and ascending beings you have lived many years in the darkest times of the Kali Yuga and only a few years within the Golden Age of light. However, the illusion of sequential time is the first illusion to be transmuted by this light that is streaming from the ONE of the Multiverse.

Many will cling to the illusion of time for as long as possible because it has become a habit to which you have structured your life for many incarnations. On the other hand, we observe that some of you are beginning to release this illusion of time and are surrendering into the higher dimensional expressions of your Multidimensional SELF.

We also see how dangerous this can be to your earth vessel. If you are to float beyond time while driving a car, crossing the street or cooking at your stove, you could harm your earth vessel. Therefore, we suggest that you put aside certain “times” in your day in which you can place your earth vessel safely in a chair and allow your SELF to visit your true HOME.

This time is much like giving a child his or her “playtime,” so that the child can be patient during times of third dimensional obligations and activities. To our perspective you all appear much like race horses waiting in the gate for the bell to sound so that you can run as fast as you can.

You want to “run HOME,” but your Mother Gaia needs your growing light so that She can return HOME as well. We know that we are asking a lot of you. However, you are on the cusp of personal ascension because you have mastered much of your physical life. Therefore, the ascending ones are often quite happy with their life.

Remember our dear Ones that ascension is not an escape. Ascension is the mission for which you volunteered for before you took this incarnation. Yes, not all of humanity volunteered for this mission, but if you find yourself reading this message, you are likely among those volunteers.

It is a vital component of your ascension process that you remember that YOU are the creator of your reality. Therefore, before you accepted this mission, you programmed everything that has occurred in the holographic program of your current lifetime. We feel your collective resistance to this part of our message, but we remind you that you also programed in myriad parallel and alternate realities.

Therefore, there are always alternatives to every occurrence in your life. Also, from your human perspective, death is a tragedy that creates great sorrow and loss. However, from the perspective of your Multidimensional SELF, death merely means logging out of the hologram.

The release of the fearful illusion death greatly assists you to “reset” your life into the expanded awareness of your personal and planetary ascension. Many NDE  (near death experiences) are being shared on your Internet to reveal that death is the ultimate illusion.

The third dimension teaches you that death is your enemy and you must “be the strongest ones” to survive. However, that message primarily occurs in the patches of darkness. Once a majority of an area’s population returns to their higher frequencies of consciousness, they begin to realize that third dimensional life is the illusion and the LIFE they wish to experience is actually in the higher dimensions.

As you increasingly remember that YOU have control of your thoughts and emotions, you return to being a Master of your energy field. This mastery reminds you that YOU are the creator your third dimensional life. You also realize that YOU exist on myriad frequencies. Therefore, you choose to remain in constant contact with your higher expressions of SELF.

Those who feel trapped within the areas of darkness find it very difficult to awaken to their SELF. Hence, we greatly commend those Masters who are assisting Gaia to clear these patches of darkness. Also, as you become Master of your energy you realize that ALL life is of equal importance.

While in the third dimensional holographic projection it is easy to believe that only humans are important and the myriad other life forms that share your planet are far beneath you. The truth is that Earth could easily survive, and in fact prosper much better, if all humanity would leave. However, without the “insignificant” insects, the entire ecosystem for Gaia’s planet could collapse.

It is important for our human ones to remember that they are not in any manner “better” than any other component of Gaia’s immense ecosystem. We are sure that those reading this message are aware that humanity has caused great harm to their home planet and have brought Gaia to the verge of destruction on more occasions than your limited “history” reveals. Therefore, we remind you above all that ALL life on Gaia’s body is vital and sacred.

Dear human expressions of your great Multidimensional SELF walk softly on the body of your Mother. Send Her your unconditional love with your every breath. Remember that your current physical incarnation, which appears so important to you, is a mere fraction of your SELF and less than a millisecond of Gaia’s ‘time.’

As you move beyond the limitations of the illusion of time, you also move beyond the illusions that you have held as truths for myriad incarnations. Once you become aware of the truth of what has actually occurred on Earth, it is a great temptation to feel fear, anger, sorrow or judgment.

Ascension occurs within your consciousness, so that your perceptions can expand far beyond your earth vessel’s third dimensional reality. As you continue your ascension process, you will move out of alignment with Earth’s third-dimensional holographic projection and into alignment with Gaia’s true Planetary SELF in the fifth dimension and beyond.

In your other ascension lives, as all of you, even those who are now lost in darkness, have had ascension experiences. Ascension does not make you a “Saint.” Ascension merely means that you have returned your consciousness to the frequencies of your Multidimensional SELF that resonate above the illusions of the third/fourth dimensional realities.

What is so very different in your present timeline, for which you have all prepared for in many incarnation, is that the third/fourth dimensional holographic projection of Earth is closing. Gaia and all Her inhabitants are returning to their true Multidimensional SELF. Those who wish to take on a physical form to study at a “planetary school of cause and effect” will need to log into a different planet.

Those humans who do not feel complete with their lessons of cause and effect will simply shift from Gaia’s holographic projection to another planetary holographic projection to complete their education. No outer source will judge these humans, as the concept “outer sources” is a third-dimensional illusion. In fact, the concept of “judgment” is a third-dimensional illusion.

While one is still feeling trapped in third-dimensional illusion, they will not be able to understand what we have just shared. However, if the “egg” that has encased them as their embryo self is cracking, and they are emerging into a new version of reality, they will at least question whether or not we the Arcturians and/or our message are real.

This act of beginning to question their world will open window in their mind that allow the ever-expanding light to shine into their consciousness. In closing we remind you to withdraw ALL attention from that which you do not want to manifest, while you recognize and send gratitude to the “everyday miracles” that are increasingly blessing your life.

Blessing BE dear ascending ones,
We will keep the light on while we await your return,
The Arcturians
Posted by Suzanne Lie at 11:02 AM