Transmutation of Life Part 3 -- Adapting To The Shift 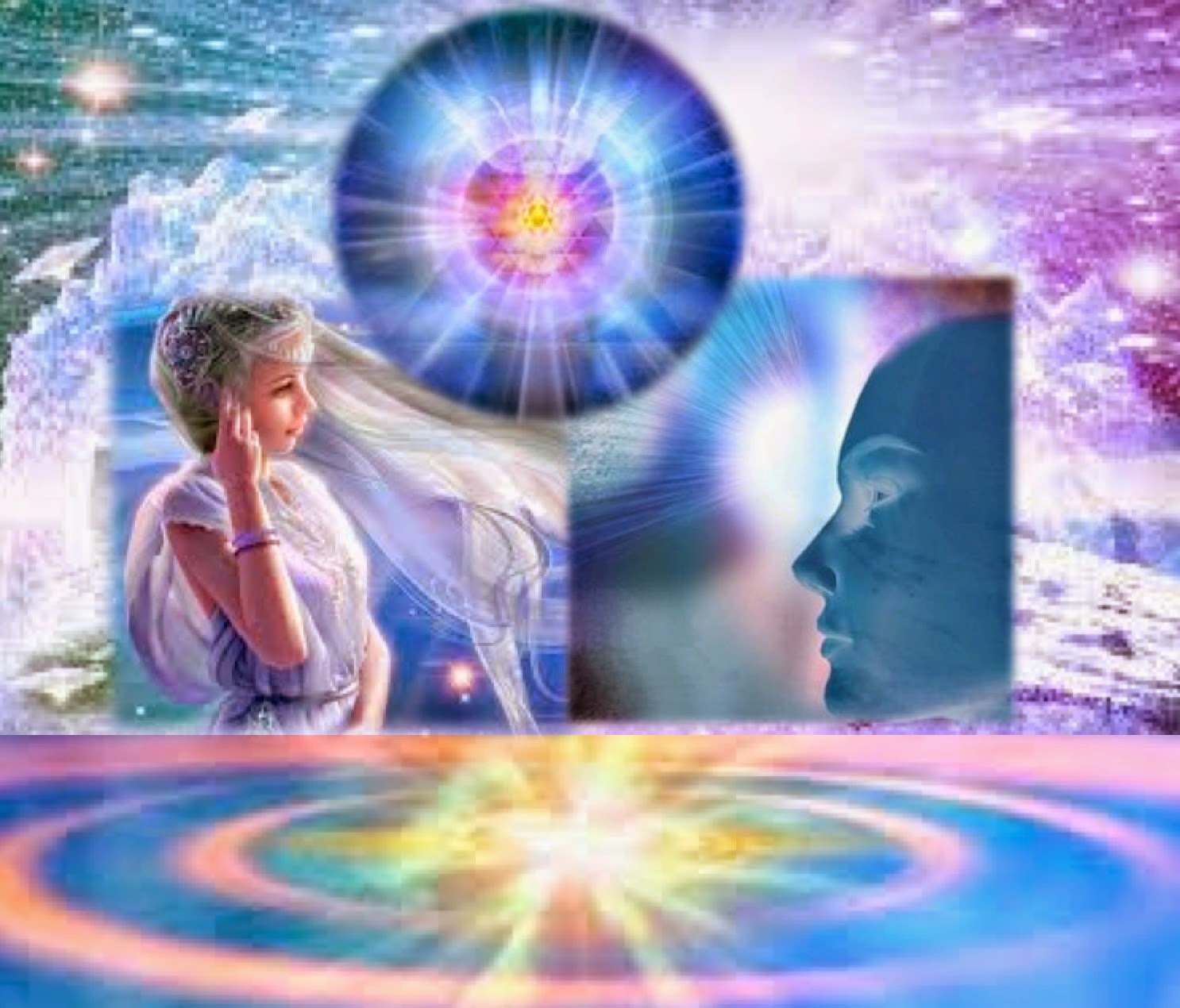 Adapting To The Shift

SANDY SPEAKS:
The day after our Kundalini experience we primarily slept, relaxed and played in the nearby pond. It was too cold to stay in the water for very long, but we would lay in the sun, naked, until we were too hot. Then, we would jump in the pond, naked, to cool off. The combination of the very hot and very cold helped us to acclimate to the higher frequency of our body.

Being without any clothing was not an issue, as there was no one else around except Lantern, who also took his clothes off. We felt as though we were playing in the Garden of Eden as we acclimated to wearing a form. We, of course, were used to “wearing a form,” but our body was rapidly being transmuted into a form that was completely unique.

One of the reasons why we jumped into the cold stream-fed pond was because the heat of this marvelous sunny day stimulated the Kundalini to flash beyond our body. We could tolerate that feeling for a few minutes, but it quickly became overwhelming. We were not yet accustomed to having our bodies resonate to that frequency.

Lantern explained to us that all the prior experiences of our Higher Self and Lightbody had been through our bi-location. However, now we were not bi-locating. Our actual 3D physical form was gradually being transmuted into Lightbody. Jason and I decided that we would not worry about how that transition would change our entire life.

We agreed. How could we have worked or driven to the store in this condition? We were very grateful that we could “just” commune with the elementals while we walked, dipped in the water, basked in the sun and looked into the sky. When we sat down by the pond, we meditated on the water elementals, the Undines, until we could clearly perceive them with our Third Eye. We could also commune with them via our High Heart. It was an amazing experience to see their wavering forms flow through the water.

We could feel what the Undines were saying to us. Of course, the elementals did not speak human language. They spoke to us via tones, images and bodily sensations. They also communicated via the sound of water dripping off and traveling over rocks, the slight waves of a strong breeze, the glistening of the sun sparkling off the water’s surface and the different aromas of water interacting with our environment.

While we were in the pond, we stayed underwater for as long as we could tolerate the cold in order to feel the water all over our body. It was then that we really began to communicate with the Undines. While water was the only stimuli on every part of our form, we received images, ideas, sensations and something like a voice that we heard inside our heart.

We later learned that this inner voice was how we translated what the elementals said to us. At first, we had to totally engulf our full attention in an elemental to establish a deep relationship with its essence. Hence, we went underwater to connect with the Undines, the water elementals, rolled on the grass, sat on rocks or on the earth to communicate with the Gnomes, earth elementals, and looked up into the sky and focused on the wind or breeze to communicate with the Sylphs, the air elementals.

The most challenging experience was with the fire elementals, the Salamanders, because they communicated through our own Kundalini. Of course, all the elementals of our body and our environment exist as ONE interacting and flowing energy field. However, just as we had to learn the alphabet before we could read, we had to specialize in each elemental separately before we could deeply experience their unity consciousness.

Lantern said that no one had the cabin after us, so we could stay there as long as we needed. Since we were primarily living “out of time,” it was good to know that we were free to “dock our earth vessels” here while we re-calibrated them. I must say, that this experience of total freedom and intimate connection with Mother Nature was divine beyond expression. Jason totally agreed.

In fact, we were both so enormously happy and eternally grateful that it was quite easy for us to maintain a higher state of consciousness. If we were tired, we slept. If we wanted to move we walked or did yoga. If we were hot we got in the water, and sat in the Sun when we got cold.

If we were thirsty, which was often due to the rising heat within, we drank clear mountain water. The one thing that we forgot about was eating food. Strangely enough though, we began to hear certain plants tell us that they were healthy for our bodies, whereas other said, “Stay away.” We also knew that certain roots in the ground would be delicious and different flowers or seeds would be tasty and nutritious.

Lantern encouraged us to pick the plants that called to us and to hold them close to our High Heart to ask our bodies how to prepare them. Sometimes our bodies said, “Eat it now.” Sometimes we heard, “Put me in the sun” or “Put me in the shade.” Some said, “I need to be boiled in water” and other plants wanted to be wrapped up and put into the fire. Because Lantern was there to guide us, we could follow our instincts without the concern that we might be wrong and harm ourselves.

Just as plants and foliage from the trees told us what to eat and how to prepare it, the very atmosphere seemed to be whispering sacred information into our hearts. Since this mountaintop had NO noise from humanity, we only heard the myriad voices of Nature. When we lay back on the big, warm rocks, we could see the Sylphs calling to us from their place in the sky.

“Come with us,” they called again and again. Finally we took the invitation and, closing our eyes, we drifted off into a reality in which every being flew, darted, dashed, walked or danced in the ethers of the sky. Jason and I experienced total joy as we floated on a huge cloud. The cloud was soft and transparent, while it firmly held us in our high, soft platform.

As we looked at our world from this perspective, we felt like Angels floating high above the density of our physical world.  While floating on our cloud, we suddenly understood everything about clouds, fog, wind, rain and snow. We don’t remember how we learned this information, as it seemed to peacefully enter our consciousness.

From our cloudy viewpoint we could see how all life had a breath which pulled in new elementals with each inhale. These many elementals intermingled with the bodily elementals to get new information, and often remained within the body while the body elementals rushed out into the environment via the exhale.

In this manner, all life interacted with each body, and every body interacted with all life. From our position in the clouds, we could see the many elementals moving into and out of all forms of life. As we looked up into the sky, we saw the Sun shinning its multidimensional light down into Gaia and all Her inhabitants.

We returned our full attention to our physical forms and felt the light of the Sun amplify our expanding Kundalini. We decided to share our fire with the fire of the Sun by expanding our consciousness from inside the core of our Kundalini and then out into the core of the Sun. Instantly, we were overwhelmed by unfamiliar stimuli, which were hot as a noonday sun, but cool as a soft breeze.

As these opposites merged into ONE, we felt our Kundalini flash beyond our body in all directions. We were free of our physical form and floating into an unknown, but somehow expected, new world. In fact, it was a New Earth. This “new earth” was exactly like our old one, except that we could see many frequencies of expression intertwining like a golden thread in the elaborate tapestry of life.

If was then that we knew that we did not have to create New Earth, go to New Earth or even deserve New Earth.  The “golden thread” was New Earth, and it was already intermingled with ALL life in ALL dimensions. We were wondering how we could BE the golden thread of New Earth when we realized that we already WERE New Earth.

We had transmuted our own energy fields to resonance of the fifth dimension and beyond. We were wondering how to proceed, when Lantern joined us to say, “You are ready NOW.”

“Has it already been a year?” I asked.

Just before we flashed down into the core of Gaia, we heard Lantern reminding us,
“Time is a third dimensional illusion.”
Posted by Suzanne Lie at 9:42 AM