Through The Portal Part 2 - Galactic Earth

Through the Portal Part 2 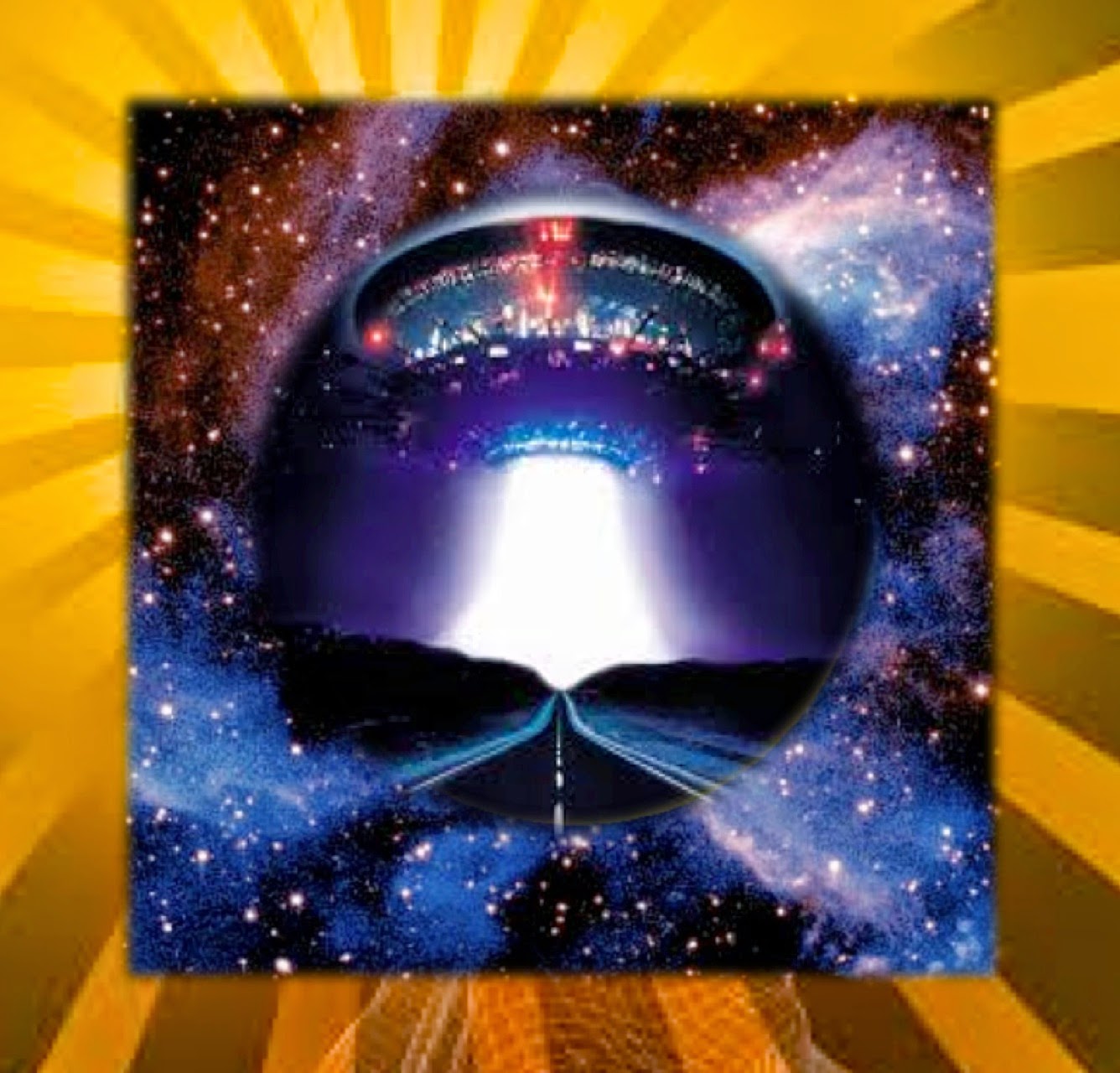 
JASON SPEAKS:
I would first like to talk about our experience of walking through what I now realize was an inter-dimensional portal. Sandy and I had no idea of the range of sensations we would experience as we walked through what appeared to be a “hole” in the fabric of our vision of the battleground.

Since Mytrian did not prepare us for the experience of morphing into a higher frequency, we naively stepped into the portal. Suddenly we had the sensation of every cell in our body being recalibrated to a higher resonance. The experience was not unpleasant. In fact, it was quite euphoric. It was as if our entire body was experiencing a psychic orgasm, but it was not sexual.

The feeling was more mental and emotional, but also we felt it in our body. I know that I am not making much sense when I describe this experience, but it is difficult to find words to fit this occurrence. It was as if we were disassembled cell by cell.

Some of these cells made the transition through the portal, but the cells of our third and fourth dimensional expressions were stored within the portal for us to re-integrate on our return to our physical reality.

“You are quite correct,” said Mytrian responding to my thoughts. Only then did I realize that I was thinking rather than talking.

“Did you hear that?” I thought to Sandy. She smiled and thought, “Yes.”  I realized then the responsibility it was to have your every thought heard by others.

“In the reality that you are entering, humanity is just discovering that their thoughts are projected for all to hear. However, only those whose consciousness resonates to the fifth dimension can consciously perceive this reality.”

While Mytrian was telepathically communicating with us, we stepped through the portal to find ourselves in the reality we had briefly experienced before. Our small airport with the mysterious building nearby reverted to a modern inter-dimensional, galactic airport. We saw many small scout ships on the ground and larger ships parked in the sky.

The twelfth floor of the building, which was once such a mystery, was now a transitional floor between the denser floors of one through eleven and the higher floors. The thirteenth floor and beyond resonated to a sparkling light.

We were not sure how many floors there were, as some of them may have been beyond our perception. However, we could easily see that the building was totally modern with a stream of humans and galactics entering and leaving it.

“Can we enter this building again to see what it really looks like inside?” asked Sandy.

In a flash, we were in the very busy parking lot. I think Mytrian brought us there first so that we could see all the cool, modern forms of transportation.

“You brought your selves there,” said Mytrian. “From here on, YOU are guiding our journey.”

Sandy and I looked as each other and thought “WOW.” We were both amazed that we had come this far in our journey. We decided to walk through the parking lot to better see all the different modes of transportation. Just as we came to a car that appeared to be just like the ones in our 3D life, a non-human galactic being entered it and it took off into the air. As we looked around the busy parking lot we saw many non-earthlings who we had seen on our visits to the Mothership.

“Mytrian, is this fine couple a component of your human expression?” Sandy and I both turned to see a somewhat humanoid being embracing Mytrian. Actually, they were not embracing; they were merging briefly into one being. Sandy and I watched as Mytrian and the galactic being phased into Oness for a second then returned to two beings again.

Since Sandy and I were a component of Mytrian, we also experienced the merging. Thus, we knew that this being was from a planet that I could not say in human language. From that short embrace Sandy and I understood their entire conversion.

Actually it was a very long conversation, but because it was outside of time a great deal of information was shared within that very short merging. After Sandy and I watched this gentle being enter its “car” and fly off, we headed for the lobby. To our surprise, “heading for the lobby” brought us instantly into the center of the lobby.

When we instantly beamed into the Lobby, we realized that we were simultaneously experiencing two realities. One reality, I will call the “transitional reality.” This reality seemed to be the very beginnings of contact with our galactic family.

In this version of the Lobby there were many people, but all of them were human. Since we were now fully telepathic, we knew that they were preparing for a special even. They called this event “the landings.” We correctly assumed that it was the Galactic Starships that would soon be landing.

The Lobby had been remodeled from the since we had seen it, but it only had third-dimensional equipment and human people. There was also a great deal of military personnel. Every one seemed calm and excited for the “landing,” and we felt no fear at all. Perhaps that is why we could also see the other reality.

It was as if Sandy and I have come into our own surprise birthday party. With that thought, many of our new friends gathered around us to welcome us and congratulate us for finding our way into their world. One very tall Galactic, about ten feel tall, who was dressed in along white robe came forward as the voice for the group gathered around us.

“I am Laternia. We have been waiting for you to join us here. We are pleased that you have found your way to this frequency of your world. We are all members of your Oversoul.  We knew that you were coming to join us and have created this vision to assist you to understand that time and space is an illusion. Hence, you do not need to take time to move through the expanding frequencies of space to interact with your Oversoul.

“ALL is ONE within the NOW. Therefore, all you need to do to travel inter-dimensionally is to set your intention on your destination and feel unconditional love. Do you understand what I am saying?”

Sandy and I both instinctively said, “Yes!” Simultaneously we felt the confusion of our denser, “transitional self.”

“Welcome to being multidimensional,” said our new friend Laturnius. “As you now know, once you have opened your portal through your third/fourth dimensional realities you can return to the Oneness of your Multidimensional SELF. Do you recognize me now?”

“Yes,” Sandy and I said as one being. You are the higher frequency of the Lemurian leader that we met via our Mytrian expression.

“Good multidimensional thinking. Do you also remember your assignment?”

“Yes,” I said. “We were to join our Oversoul SELF to regain our multidimensional wisdom, power and love. We were to remember what we learned in our myriad incarnations on Gaia so that we could best assist with the recalibration of Her core and cornerstone crystals.”

In a flash, we returned to Inner Lemuria in our complete form of Mytrian. Sandy and I had merged with Mytria, Mytre and the Arcturian to become our multidimensional SELF, Mytrian. Once we blended with Mytrian, we remembered how our Mytrian expression was greatly disoriented when we first met Laturnius in its Lemurian form.

We were chasing after the infant Gaia, who led us to the core of Gaia. While in Gaia’s core Laturnius, in Its Lemurian form, gave us the instructions to recalibrate Gaia’s Core and Cornerstone Crystals. Since then there have been many adventures, which has prepared us for our return to Gaia’s core to fulfill our Mission.

I recommend that you read the Epilogue of book 3 and First Chapter of Book 4, The Landing Party before you continue with the conclusion of this book.

Recently, I have been feeling a deep sense of urgency. I am not yet sure what that urgency is about, but I have decided to release all the Pleiadian Perspectives on Ascension books as FREE PDF books. The books are all available at http://www.multidimensions.com/books/ on my NEW site. Please check out the site. I think it is really cool and getting better all the time.
Posted by Suzanne Lie at 6:28 PM