Through The Portal - Clearing Lower Astral 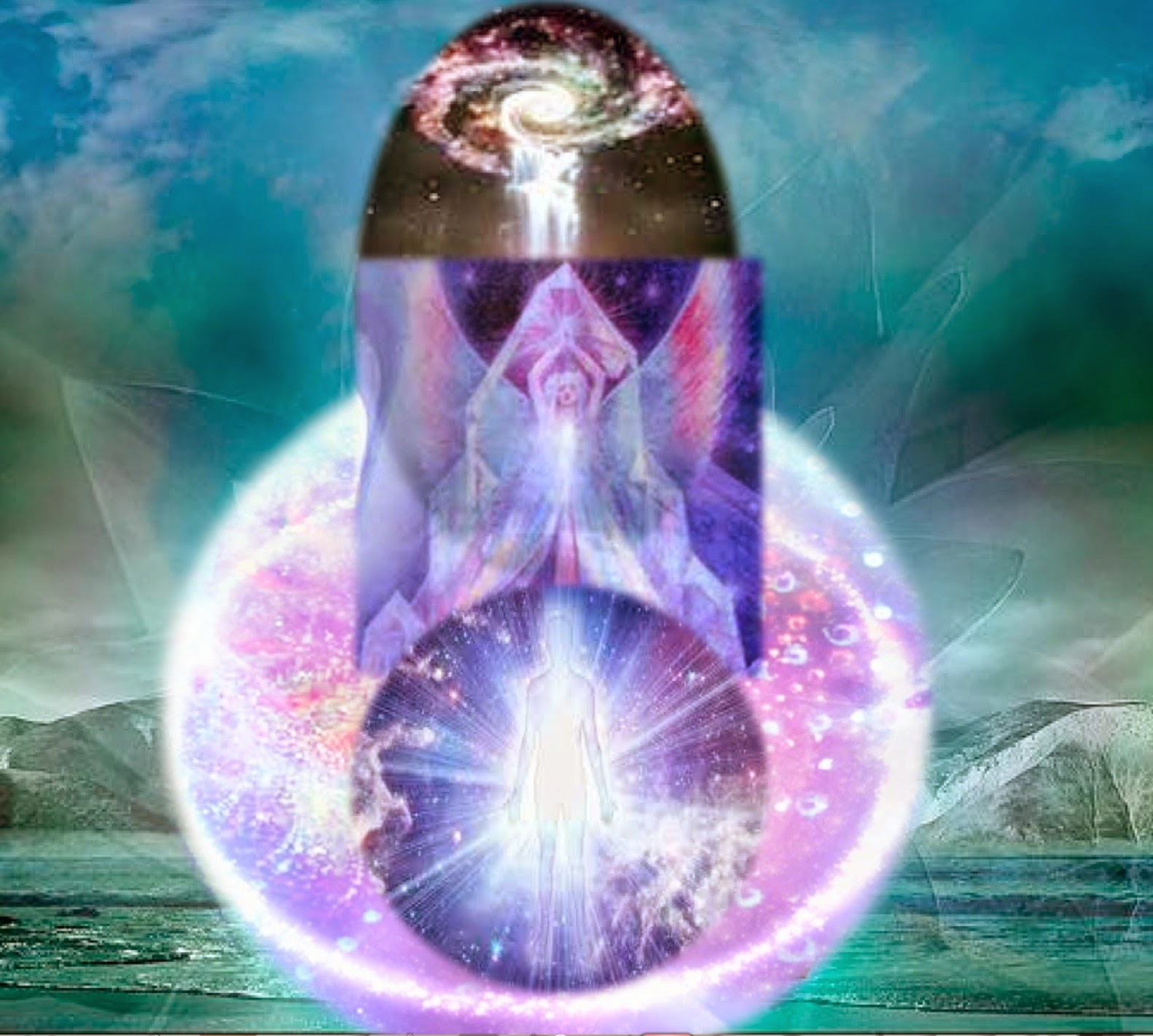 JASON SPEAKS:
When I stood before Gaia’s 3D Matrix, I saw the broken portions of the Matrix and felt a deep anger begin to brew inside of me. I knew that anger would lower my frequency, but I could not contain it. How could humans harm dear Gaia in this fashion? Can’t they see how much the planet is suffering?

Then, suddenly, I was piloting a huge plane. To my horror I realized that it was World War II, and I was a bomber pilot. I was leading an attack on the town of Dresden. The part of me that was the bomber pilot believed that I was protecting my world, but from my higher perspective of Jason I believed I was actually destroying it.

“NO!” I screamed, but the battle raged on. The bomber pilot me knew that the people below were running in terror, but I did not care. I was so filled with revenge that any German should die, even if they were innocent citizens. Worse yet, I began to feel my Jason self being drawn into the battle. I could even feel the adrenalin coursing through my system as I dropped bomb after bomb on a small, peaceful town.

A distant part of me could feel Sandy pulling at my arm, trying to get my attention, but I was getting more and more lost in the illusion. It felt good to kill, oh my God, it actually felt good to kill. The horror of that feeling made me fall to the ground, which morphed into a battleground in WWI. I was crawling along the ground trying to get to the safety of the trenches.

However, a blast of mustard gas settled to the ground, and I began to cough uncontrollably, which gave away my location. Someone was coming after me. I could not see who it was, but he had a gun. I tried to identity the uniform, but my eyes were almost closed from the mustard gas, so I just shot and killed him. As his dead form fell toward me, I saw that we had the same uniform. Worse yet, he was my best friend.

“NO,” I screamed as I began to sob uncontrollably. I felt Sandy trying to comfort the Jason me and heard Mytrian saying, “It is just an illusion. You must release all illusion in order to continue on your path of ascension.”

I did not care about illusion or the path of ascension. All that I could feel was horror that I had killed my friend. I do not know how long I suffered deep guilt, sorrow and rage before I had finally spent it from my system. Slowly, I began to feel Sandy holding me and Mytrian’s voice came into my awareness.

“Guilt, sorrow and anger are all components of fear. As you release your old fear, you can perceive the darkness as a wounded friend rather than a hated enemy.”

With the release of my old fear, which was hiding inside of guilt and anger, I realized that I had fallen through a portal into the Lower Astral Plane. With this realization I understood how one could become so lost in the darkness of 3D illusion that they would fall through the broken 3D Matrix. They would then find themselves in the Lower Astral Plane, which is often known as “Hell.”

Sandy and I rose to our feet and walked into the illusion of the battleground and told everyone, “This fight is an illusion. You no longer need to remain here. Look up to your Angels,” we said as we pointed to the legend of Angels above us. Some of the lost ones were able to look up to the Angels; others stopped fighting and tried to hear us, but could not. Some of them were so lost in the illusion that they could not hear or see us and continued fighting as if we were not there.

“Your frequency is too high for them to perceive you,” said Mytrian. “As you know, there are still humans holding earth vessels whose resonance is too low to have any awareness that there are higher frequency realities all around them.”

I thought back to the time when I was amongst that group. With that thought, I experienced deep gratitude and unconditional love for all that I had been honored to experience. Instantly, a portal of light opened before me.

When I looked through the portal I witnessed an Earth in which the Galactics were openly landing. Many people were gathered together and happily welcoming the members of their galactic family. I was happy to find Sandy and Mytrian by my side.

“When Sandy chose to look beyond the illusions of the Lower Astral Plane to assist you, her consciousness expanded into this possible reality, as well,” explained Mytrian.

“What do you mean by a possible reality?” I asked.

“We are happy that you asked that question,” Mytrian began. “When a planet is ready to expand its primary resonance into a higher frequency of expression, it creates many possible realities which its many inhabitants may choose to inhabit. The realities that gain the greatest amount of inhabitants are filled with the most life force and are more likely to become components of the planet’s higher frequency expressions.

“The inhabitants of the planet who are ready to ascend into a higher frequency of realty create higher frequency possible realities with the power of their multidimensional light (thought) and unconditional love (emotion). On the other hand, inhabitants of the planet who still need to play the 3D Game of power-over others will create possible realities of war, famine, plague and domination.

“Gaia is a very loving planet and She does not want to harm any of her inhabitants. However, there are adjustments that must be made for Her planetary ascension. Areas such as you have just experienced must be cleared, as they lower the resonance of Earth. What humanity does not understand is that all the “past”, “present” and “future” realities are all occurring in the NOW.

“Hence, fear-based realities on any timeline must be healed and shed. If a reality is to be healed, the planetary inhabitants that created it must do it. Since the plants, animals, elements and elementals are in alignment with Gaia, it is only the humans who have left low frequency realities operating on the 3D Matrix.”

“Did I clear the reality I experienced from the 3D Matrix?” I asked.

“You intimately experienced that, which allowed you to take on the feeling of that scene, and consciously witnessed the atrocities that the members of that reality could no longer recognize. You became lost in the violence, but were able to recover your higher perceptions enough to recognize that you had lost connection with your SELF.

“Once you realized that you were actually participating in the illusion you had great anguish. Fortunately, when you accepted our love you were able to transmute that reality to a higher frequency with your own power-within and unconditional love. Therefore, the answer to your question is YES. Yes, you were able to clear that reality from the Matrix.

“It is in this fashion that Gaia will be transmuted. Her humans and other inhabitants will replace their fear, anger, revenge, hunting and power over with love, acceptance, healing, service and power within. The animal kingdom is already showing how different species, even ones that were once predator and prey, are becoming friends.

“Fortunately, more and more humans are becoming aware of the power that corporations have over their lives. They are beginning to realize how the corporations have turned their best source of nutrition, plants, into sterile food sources that actually harm the human body rather than nourish it.

“Power-within is ALWAYS stronger than power-over. Power-over others only resonates to the third dimension and the Lower Astral Plane. Conversely, power-within ones self resonates to the entire range of your Multidimensional SELF to connect you with the NOW of the ONE. Your power-within can actually turn off weapons of destruction with the power of your unconditional love.”

“If that is the case,” I said a bit too loudly, “why are there still bombs that go off every day?”

“Probably none or only a few,” I replied. “Can we tell them all now?”

“Would they believe you? Would they welcome your information, or would they become very angry that you would tell them such a ridiculous thing when they are suffering so much?” Mytrian asked.

“I get your point. Certain information can only be received be one who has raised their consciousness enough to learn about the immense abilities of their Multidimensional SELF. How can we teach people this?”

“You cannot teach what they do not want to learn. Hence, those of you who are ready will go ahead and create a reality that others can find when their consciousness has expanded into their Multidimensional SELF.

“Some awakened ones will assist those who are not yet ready to release their illusions and live the truth. Others will establish a presence on the higher fourth-dimensional Earth where students can visit in their night body to study and remember about their Multidimensional SELF.

“Then, over what they perceive as time, these “students” will be able to embrace their own power enough to remember their Multidimensional SELF. This transition may be slow at first, but it will progress exponentially as one awakened one becomes two, two becomes four, four becomes eight, etc.”

Sandy and I looked at each other. Sandy gave me a big hug and told me she was very proud of me. Mytrian said, “Shall we step through the portal into the frequency of reality in which humanity is welcoming the dawn of their new Galactic Society?”

“Yes,” we replied together. Sandy and I held hands and stepped through the portal. Mytrian followed.
Posted by Suzanne Lie at 12:38 PM