Unconditional Love Part 2-A Force of Movement by the Arcturians

A FORCE OF MOVEMENT
The Arcturians

3D Movement = Movement through time and space via the physical body that you are wearing. Your third dimensional consciousness is aware that your surroundings have changed from place to place. Also it takes time to move from one space to another. You usually resonate to a beta wave state of consciousness during your third dimensional journey across physical time and space.

4D Movement = Movement through time/space of the astral world. Fourth dimensional “time” is much faster than third dimensional time. You could have what appears to be long astral journal, or dream, and return to your physical consciousness to determine that it has only taken a few minutes of your 3D “time.” You are usually in an alpha wave state of consciousness during your fourth dimensional journey through astral time and space.

In your experience of the “past,” gamma wave consciousness was very difficult to attain. Only those who lived away from the busy cities and had lives dedicated to spiritual development could attain a gamma wave state of consciousness. However, now gamma waves are actually entering you physical reality.

With fifth dimensional, gamma wave consciousness you do not move from space to space and it does not take time. Instead you flow within the NOW of the myriad possible realities. If you do not give a “possible reality” your attention it will appear almost as if it were a bubble.

You will feel that bonding. Then to enter that reality you will use the Violet Fire of transmutation to adjust/transmute your conscious awareness to “open the door” to that reality. Be aware that when you enter into a fifth dimensional experience of reality it will be VERY different from your third and fourth dimensional perceptions.

Your physical/astral—third/fourth dimensional form/consciousness—will experience an overwhelming feeling of euphoria and you will likely feel your Kundalini begin to travel up your spinal cord.

It is within that NOW that you must depend on the Unconditional Love that you have given your self. If you have even one thought that you are “not good enough,” “this is not real,” “I must be crazy,” you will instantly fall out of your experience.

The reason why you will “fall out” is because you need the resonance of
Unconditional Love,
Unconditional Forgiveness,
and Unconditional Acceptance—for your SELF
to be able to maintain your fifth dimensional, gamma wave state of consciousness.

Also, perceiving the higher dimensions is just the first step. The next step it to allow your self to believe that what you are experiencing is REAL!

You will only be able to push away the well-trained voice of ego that says,
“Who do you think you are? Why do you think that you are “good enough” to be able to experience the fifth dimension?”

In order to place your ego in the backseat of your experience you will need to: Unconditionally Love your self
Enough to KNOW that you deserve this experience

REMEMBER that you cannot share what you do not possess.

Fortunately by allowing yourself to:

Embrace and accelerate your fourth dimensional states of consciousness,

Consciously experience your fifth dimensional consciousness as being REAL

Your inter-dimensional portal that connects your third dimensional self with your innate, Multidimensional SELF, will open wide.

Then, you can fully BE your SELF.

Please remember your pre-birth promise to anchor this portal into the Earth
to share this every-expanding energy field with Gaia. 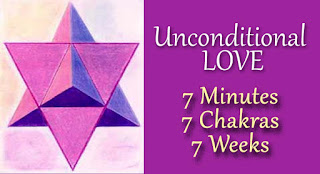 Did you miss our Unconditional Love webinar?
* Download the recording and see love's impact. *
Posted by Suzanne Lie at 10:34 AM